TheWrap‘s Josh Weinstein is reporting that Ryan Gosling is in talks to costar with Johnny Depp in Jerry Bruckheimer and Gore Verbinkski‘s The Lone Ranger for Disney…which I presume is going to be some kind of big-budget western wank. What else could be expected from the guys who teamed on the first three Pirate pics?

I don’t want to get all cranky on a Friday afternoon but this strikes me as one of the most laughable and pathetic sell-out prostitute gigs by an exceptionally expressive and widely respected actor in Hollywood history. It’s not unlike Montgomery Clift agreeing to costar in a big-budget Roy Rogers musical directed by Mervyn LeRoy after making From Here to Eternity, or Marlon Brando agreeing to play Tarzan right after On The Waterfront.

Everybody takes paycheck money (including me), but “Ryan Gosling as the Lone Ranger” is truly ridiculous…an act of self-mockery. 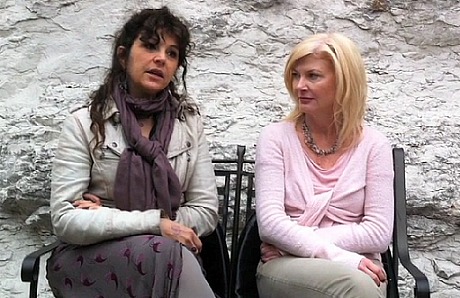 Does anyone have PDFs of George Clooney and Grant Heslov‘s Ides of March script, Will Beall‘s Gangster Squad or Richard Curtis and Lee Hall‘s script for Spielberg’s War Horse? Because a script pally is offering to swap these for copies of Eric Roth‘s Extremely Loud and Incredibly Close, Andrew Niccol‘s Now (i.e., formerly I’m.mortal), Alexander Payne‘s The Descendants, and Steven Knight‘s chef project, among others

There’s been a certain disparity of opinion so far about Paul Feig‘s Bridesmaids (Universal, 5.13). SXSW geek critics found it brilliant, hilarious and innovative, but Variety‘s Joe Leydon trashed it. Universal won’t show this Judd Apatow-produced pic to critics and online columnists until early May, but they’re been screening it for editors and feature writers.

“Wiig delivers a career-best performance that proves she can do much more [than] sketch comedy and funny characters,” wrote /Film‘s Peter Sciretta . “I’d be shocked if Wiig isn’t nominated for Best Actress in a Comedy/Musical at next year’s Golden Globes (a la Emma Stone/Easy A). McCarthy also kills in every scene she’s in.”

Bridesmaids “takes the Apatow formula and applies it to a film populated by funny women,” Sciretta notes. “I’m sure it will be criticized for being misogynistic, even though it is much less so than his other films, on top of being much, much less misandristic than most romantic comedies.”

The LA junket is allegedly happening later this month.

A Houston-based critic informs that Universal’s field office is having four screenings of Bridesmaids in that city between 4.20 and 5.10, and critics, according to one source, have been invited to these so you’ve basically got Houston critics being given a looksee before NY and LA critics…or so it appears.

What a pleasure to hear President Obama talk about blunt realpolitik conversations with reps of John Boehner and Paul Ryan without the usual measured, turn-the-other-cheek tonality that he always puts out during press conferences and official announcements. Eat it, suckah!

During last year’s Cannes Film Festival I brilliantly managed to avoid seeing the winner of the Semaine de Critiques Grand Prix prize winner — Janus Metz‘s Armadillo, a Danish-produced Afghanistan war doc which Kino Lorber is opening today in New York. The trailer suggests something riveting and impressionistic , and the doc’s Rotten Tomatoes rating (88%) is tied for the highest of any film opening today.

I’m expecting an Armadillo screener to arrive tomorrow. I asked the Kino Lorber rep when Metz’s film might open in Los Angeles and other cities, but that’s apparently still being determined.

I half-admired and half-hated Sebastian Junger and Tim Hetherington‘s Restrepo, the last significant Afghanistan-war doc. Here’s my 6.20.10 slam piece in which I explained how Restrepo advances its pro-troops, pro-war-effort agenda by lying through omission. Here’s hoping that Armadillo provides a counter-balance.

With its 1.33 cropping and squawky Japanese-transistor-radio sound, this YouTube clip of the main-title sequence from Clive Donner‘s What’s New, Pussycat? feels a bit underwhelming. But it’s still one of the liveliest, bounciest and most vigorously designed main-title sequences ever thrown together for a ’60s film.

More to the point, for an anarchic, occasionally amusing but not-especially-good ’60s comedy. Because that’s the category we’re dealing with here — great opening credits followed by a letdown movie.

The only other two examples I can think of are the ’60s montage “The Times They Are A’Changin'” credits for Watchmen and Saul Bass’s legendary black-cat credit sequence for Walk on The Wild Side.

The 2006 Koch Lorber DVD of Lina Wertmuller‘s Seven Beauties looks fine, but this 1975 Italian-made classic should be upgraded to Bluray. I was ripped the first time I saw it, and I remember laughing helplessly during the opening credits…oh, yeah. 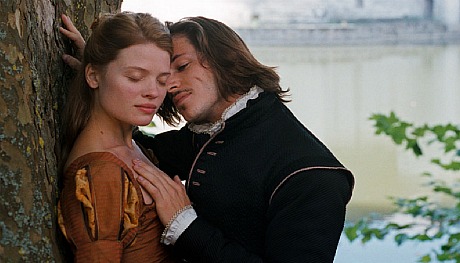