Support on Patreon Follow @wellshwood
21 Comments
God Will Find You

Has it really been 20 years since Michael Tolkin‘s The Rapture? It’s some kind of thinking-man’s horror flick (despite the Wiki page calling it “a psychological-religious drama”), and one of the most chilling and profoundly creepy films ever. I think of it now as a marvellous bitchslap directed at Godfreaks and the religious right. Bill Maher should have somehow referenced it in Religulous.

The Rapture weirded me out on a level that I didn’t fully comprehend at first. So much so that I’ve only watched it twice. It’s not what you’d call a “pleasant” film, but it sinks in and spreads a strange malevolent vibe — a feeling of profound unease, disquiet — into your system.

Mimi Rogers hit her absolute career peak playing a telemarketing swinger-turned-convert who (a) sends her daughter to God with a bullet in the head and then (b) tells God to shove it when He/She is levitating Rogers up to Heaven during the finale.

David Duchovny and Will Patton costarred. I was so taken by Patrick Bauchau‘s performance as a libertine that I sought him out at a party sometime in the late ’90s and wound up interviewing him at his Hollywood home.

It’s only fitting that this minor masterpiece be mentioned in lieu of today’s rapture event, which I presume will be happening sometime during daylight hours in the States. The whackers will naturally want to experience it fully awake; I should think God would be all-too-willing to oblige.

I didn’t mention this in Thursday’s Driver review, but I felt that Bryan Cranston‘s supporting performance as Ryan Gosling‘s mentor-employer is one of the few things in that film that doesn’t quite work. His character basically runs at the mouth in the manner of a meth freak (ironic in lieu of Breaking Bad). The first thing that comes to mind when he starts motor-mouthing is “shut up already.” On top of which Cranston manages to sound like a British or Irish actor trying to do an American accent…queer.

A year ago Constantin Film AG had the YouTube Hitler parodies removed from YouTube. Some believed it was just as well, that the string had played out. I more or less felt the same, I suppose, and wasn’t even going to watch this. And then I did. When they’re good, the Hitler YouTubes are one of the few things that can make LQTM types like myself laugh out loud.

I know. How can I compose that protest petition draft and then laugh at something that perpetuates a stupid media meme that was misrepresentational in the first place? I guess it’s the LexG-in-Hitler-guise patter. I’m sorry but it’s funny.

I claim crashing and flopping rights after ten days of the Cannes Film Festival. Baked, etc. Australian journalist Sam Cleveland, whom I’ve written and linked to a few times but have never met, has invited me to a party tomorrow night in southwestern

Paris. And then there’s the Stanley Kubrick exhibit at the Cinematheque Francais (51 rue Bercy). And whatever else. 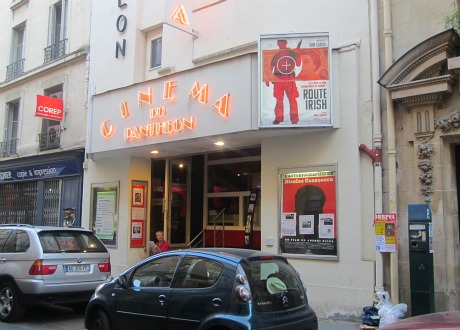 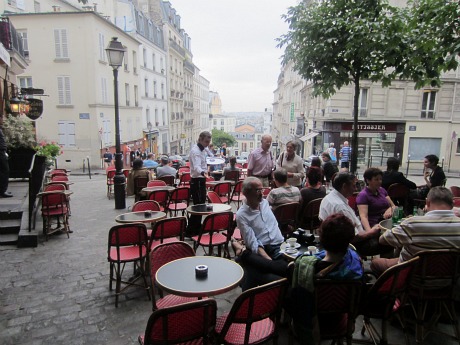 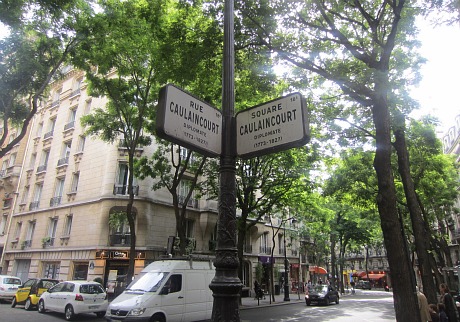 I’m scratching my head about Colin Farrell, who became reborn when he curtailed the boozing and began providing rich, indie-level character perfs (Cassandra’s Dream, In Bruges, Pride and Glory, Crazy Heart, The Way Back), playing a vampire in a remake of a 1985 Tom Holland film. I don’t know Craig Gillespie, director of the new version. Anton Yelchin and Christopher Mintz-Plasse costar.

Not to mention playing one of three Horrilble Bosses (7.8). I guess this goes with being a character actor. I guess it’s called expanding your range and upping your employability, etc. At least Farrell hasn’t signed for a costarring rile in Jerry Bruckheimer‘s The Lone Ranger.

Those Cannes tweets about Paolo Sorrentino‘s This Must Be The Place, the Sean Penn/aging goth-rocker/Nazi-hunting drama, are fairly negative. Now I see why my efforts to catch a possible early screening on the rue d’Antibes (which sometimes occur for buyers) didn’t even get a reply.

“I thin they’re keeping it under wraps,” a buyer speculated two or three days ago. “Under

wraps?,” I replied. “Then why screen it at Cannes at all?”

It’s now 12:25 pm. I’m standing in front of my Paris pad at 11 rue Victor Cousin, waiting for Cedric-the-landlord who said he’d meet me at 11:30 am. I don’t like this. (Who would?) My mood is growing darker by the minute. Then again it’s a nice day and I have my health, etc.