I’ve watched trailers for Larry Crowne (Universal, 7.1) maybe seven or eight times now, and I feel as if I’ve absorbed most of what this Tom Hanks film has to offer. Is there more to the feature than what the trailers have shown? Of course. A whole lot more. Trailers only use the lowest-common-denominator stuff. Why, then, do I feel I’ve already gotten the gist and that the movie will just be longer? An unfair thing to say, I know.

“The movie is about combating cynicism,” Hanks has told W magazine’s Lynn Hirschberg. “People are naturally optimistic, but you have to choose to walk away from cynicism. You have to say, I am going to combat cynicism today. I had this idea about a unique guy who loses his job and then, at the end of the movie, realizes that it was the best thing that ever happened to him. He thought he was going to die, but it turned out great!”

I don’t believe that people over the age of 10 are “naturally optimistic”. Most people are open as far as it goes but naturally guarded, cautious — they’ll take what comes and see how it plays, depending on how perceptive, kind, trustworthy or insane the person they’re speaking to at a given moment seems to be. I myself lean toward “cynicism”, which I choose to characterize as seasoned, battle-hardened and wise to the way of things. But I’ve still come out of tough or grueling experiences or episodes realizing that I grew as a person or a writer because of them. On top of which I don’t entirely trust the optimistic philosophy of a gazillionaire — no offense, Tom.

Sanjeewa Pushpakumara‘s Flying Fish, a Sri Lankan civil war drama, has been praised by Indiewire contributor Meredith Brody for having “striking and assured compositions” with “astonishing saturated colors” and “more beautiful shots, I think, than in The Tree of Life.” 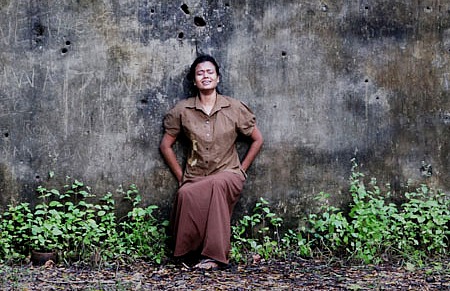 Brody caught Flying Fish at the 2011 Seattle Film Festival. It’s also been seen at the Rotterdam Film Festival, and is reportedly slated to play at the Museum of Modern Art’s Contemporary Asian Film series (July 7th through 13th) as well as the forthcoming 47th Chicago International Film Festival next October.

So why isn’t Flying Fish playing at the about-to-begin LA FilmFest? It sounds as if Pushpakumara’s film is at least worth seeing. Did LAFF programmers drop the ball?

Prior to the recent Seattle showing Pushpakumara “giggles through a somewhat off-putting introduction that prophesies numerous walkouts,” Brody writes, “since he did not make an enjoyable movie. It sounds like he’s daring us to endure it. Imagine my surprise when I do.

“This daring, exciting story from northern Sri Lanka convincingly captures the madness in a land where the psychology of war is omnipresent. Three parallel stories deal with the attempts of ordinary village people to lead a normal life in abnormal circumstances.

“Through three parallel stories this daring debut deals with economic and even greater spiritual decay as the result of a civil war lasting more than two decades.

“A beautiful village girl falls in love with a soldier. Her father, 45-year-old Muthubanda, is against this. When his daughter falls pregnant, Muthubanda is harassed and humiliated by soldiers. He commits suicide and the girl flees the village. Her guilt and rage push her to do the least expected.

“A middle-aged widow takes care of her eight children in a village filled with tension between the army and the Tamil Tigers. She has an affair with a local and her son comes to know about it. His frustration drives him to something that will change all his siblings overnight.

“A thirteen-year-old Tamil girl lives in a village where the battle between the Tamil Tigers and the army is extremely intensive. Tamil forces are conducting active war propaganda in local schools. One night, they break into the girl’s house and demand a huge ransom for her. She chooses to escape.”

The recently released Big Country Bluray is a wow, all right. It looks like real film, and offers delightful razor-sharp detail and colors that pop vividly but not inorganically, etc. I’m told that the restoration cost somewhere in the low six figures, and it certainly looks like big money was spent. I saw a very clean print of this 1958 William Wyler film projected at the Academy theatre with ample light three or four years ago, and yet somehow the Bluray is more of a thrill.

The reason for the extraordinary detail and image quality, as noted three days ago, is that Wyler and dp Franz F. Planer shot with the 8-perf Technirama process, which used a larger frame area than 35mm (but was slightly smaller than 65mm).

The large-format source makes this a major Bluray to have and to hold, and yet serious Bluray-covering sites like High-Def Digest, DVD Talk and DVD Beaver still haven’t posted reviews because (a) copies aren’t being handed out free by publicists, (b) they have to be purchased from Walmart online, and (c) reviewers are cheap. (Bluray.com has posted a review.)

YouTube has warned me that posting the above clip, which I took right off my 50″ Vizio, might be outside their legal parameters. And yet they allow whole sections of the film to be posted and seen. (The same clip can be viewed by clicking on this link and going to the six-minute mark.)

The above scene is basically about the scrappy old-school authority demanded by ranch owner Henry Terrill (Charles Bickford) and a kind of moral rebellion staged by his top hand, Steve Leach (Charlton Heston). The look of disgust and resignation that Heston gives Bickford when he realizes that his moral mutiny has failed is one of Heston’s best-ever acting moments.

12 Comments
A Touch of Restraint 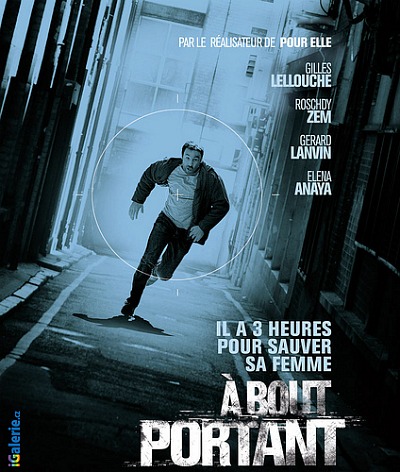 I remember a National Lampoon article summarizing the first term of Robert F. Kennedy‘s presidency. The point was that Kennedy would have become a moderately cautious liberal and boilerplate cold warrior, and a far cry from the “change” candidate that RFK ran as. Like someone else I could mention. Promise and potential are eternally attractive, but nobody’s a miracle worker. Reality will always compromise the dream.

There’s obviously very little new material in this Cowboys & Aliens trailer. It’s the same old iconic-western-characters-and-situations-in-quotes crap with alien craft zooming overhead….so what? Is this movie (out 7.29) holding any face cards, or is at all genre-goof razmatzzz? How many times are we going to be shown the same shot of Olivia Wilde standing naked in front of a bonfire?

There can’t be too many who haven’t seen through Sarah Palin by now. She’s a conniving, under-educated opportunist, living in a walled-off realm and out for whatever money and power she can grab by playing the part of a right-wing Annie Oakley bigmouth (and sex symbol). It’s good to hear nonetheless that Nick Broomfield has been working on a presumably anti-Palin documentary, and that the negligible political effect of The Undefeated (which will open exclusively at several hinterland AMC theatres on 7.15) will be counterbalanced to some extent. The Broomfield doc was written about last night by L.A. Times Stephen Zeitchik.