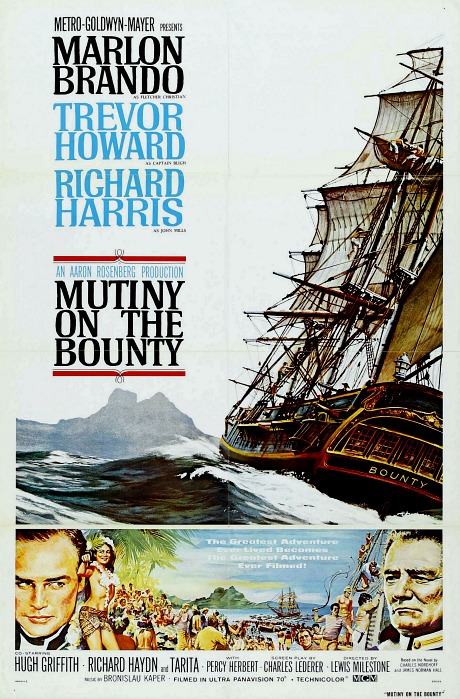 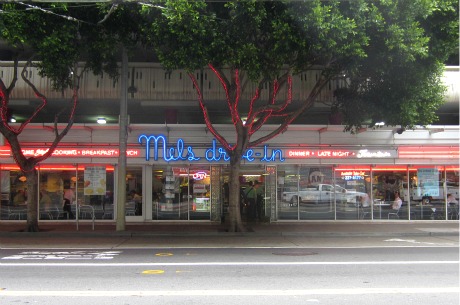 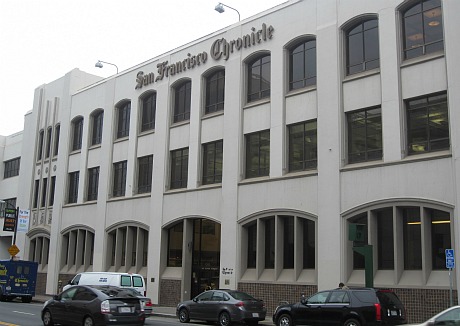 To me this building, no matter how the Chronicle fares as a going concern, will always be the home of David Fincher’s Zodiac. 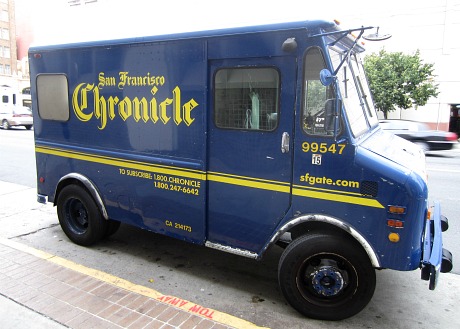 One day this truck will end up in some San Francisco museum, and the plaque will explain what newspapers were and how they were printed on paper with black ink, and how trucks like this would deliver bundles of same to newsstands around the city. 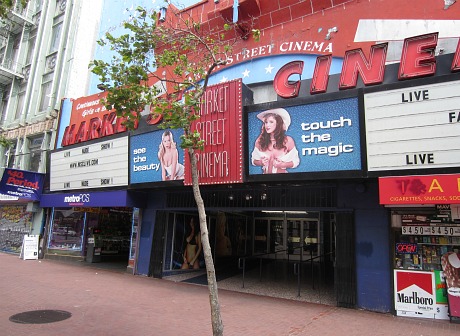 Tell me how or why Sherlock Holmes: A Game of Shadows (Warner Bros., 12.16) is going to be significantly different than the ’09 original. Same arrogant attitude, same steampunk, Robert Downey, Jr. and Jude Law again, same director (Guy Ritchie), same producer (Joel Silver), etc. No motive to do anything but repeat what worked before.

Posted on 12.27.09: “ Sherlock Holmes is a corporate disease movie — a period put-on concept that reaches out from the screen like a grinning Irish banshee and surrounds you with frigid air and induces a gradual comatose state.

“Actually, forget the banshee. I felt as if I was strapped to a gurney with a plastic tube snaking out from the screen with poison slowly feeding into my arm from an IV drip. I was sinking, dying…going under.

“I hated the film, yes, but mainly myself for having paid money to see it at the godawful Hell Pit known as the Regal Union Square Stadium 14. Myself and my son Dylan, scrunched into the rear row of the front section with an older couple to my left and two women to their left who were sick and tired of my coming and going (especially the final time). And I didn’t blame them.

“There’s one aspect that deserves favor. Robert Downey, Jr. has assembled a Holmes personality apparently based on his own personal situation as he made the film — a bright and gifted fellow who’s ‘not there’ in a kind of Dylanesque sense, and therefore has a certain something or other that holds the tiller steady. A certain fuck-all integrity? Determination? A willingness to succumb to corporate corruption?

“I only know that Downey has figured out a way of ‘being’ in this godawful film that holds together on some level, and that in place of exuding anything real or substantial (and what actor would attempt this under these ridiculous circumstances?) Downey ambles through with a kind of rock-solid aloofitude that…well, kind of works.

“Which is to say a kind of attitude dance in which he’s a 40ish fellow who goes ‘eewhh, eewhh’ and ‘doop-poop-pee-doop’ and ‘who, me?’ no matter what happens or who says what or what deathly dull villain with brownish or missing teeth is threatening him. He’s playing dry, bent, whimsical, unperturbed. He’s never been more boring, and it was the only way he could have gone, given the stakes and the salary and the bullshit levels.

“And Jude Law, as Holmes’ soul mate, minder and platonic lover Watson, is playing admonishing, dryly perturbed and always patient. And away they go down the muddy London lane. Enjoy their fey verbal ping-pong or not, but if you don’t (and I didn’t, not really) then you’re dead and so is the movie. Because there’s nothing else to hold onto. Well-dressed demonic evildoers…I’m sorry, did somebody say ‘well-dressed demonic evildoers’? The mucky 19th Century period atmosphere is all skank and slime and dust and splinters and squalor — I’m putting myself to sleep just remembering what it was like.

“I can’t remember any reviews that have commented on Philippe Rousselot‘s desaturated-color cinematography. It’s awfully murky and dark — seriously underlit, I mean — and quite oppressive for that. Maybe the brightness levels (i.e., foot lamberts) in the Regal projector showing the film had been deliberately turned down. Theatre chains do this, I know. All I know is that I was muttering to myself, ‘This godawful thing doesn’t even look good…I can’t even cruise along on the craft of it, for God’s sake.”

“This isn’t Wild Wild West, but it’s a similar kind of travesty.”

I saw and quite liked David Robert Mitchell‘s Myth of the American Sleepover (Sundance Selects 7.22) at the 2010 Cannes Film Festival — 14 months ago. And now it’s finally opening a week and a half from now. And it deserves a looksee because as small-town teenage community movies go, Mitchell’s film isn’t far from the realm of George Lucas‘s American Graffitti, and that ain’t hay.

I said in Cannes that Myth “goes against the grain of typical teen-relationship flicks by being much smarter, better acted, more subtle and not reliant on animal-level humor (or animal-level sensibilities in the seats).” I said that “nothing feels written or faked…each and every scene has a natural ease and honesty.”

Also: “It goes without saying that a teen movie of this calibre is doomed to fail because it’s not coarse or stupid enough….kidding! Well, half-kidding. But what is it about under-25 Eloi not only seeming to prefer movies packed with tedious cliches and recoiling when something fresh and true and semi-original (like Myth) comes along?

My only complaint was as follows: “The characters in Myth all seem so passive, so low-energy whatever. If I was under fire and taking cover in Afghanistan, I’m wondering which of these kids, if they were also there, would have the cojones to shoot back like Val Kilmer did in Heat? They’re all about whim and instinct and going with dreamy feelings.

“That’s the realm and the psychology of being 18, of course, but what is life at any age without tests of character in hairy (or at least semi-hairy) situations? You know, like with Richard Dreyfuss showed in American Graffitti when he hung out with the Pharoahs?

This clip about Bachmann vs. Palin isn’t too bad either.

Posted today by Badass Digest‘s Devin Faraci, this Alfred Hitchcock cook-book short is a graduation project from students at the University of Applied Sciences and Arts in Hannover, Germany.

After last night’s Dolby seminar (or sometime around 9:40 pm), I checked into the Mark Hopkins hotel. A youngish desk clerk gave me two pass cards to a room on the sixth floor. I went up there, slipped the plastic card into the door slot, and walked in. The first thing I saw was a short hallway with a right-turn ahead — obviously a fairly big room. But the TV was already on…strange. I took the turn and came upon a middle-aged couple lying on the bed, watching CNN.

They stiffened and sat up and said “Oh, Jesus!,” “My God!”, “What are you doing?” and expressions to that effect. The guy leapt off the bed to defend the territory and his lady. “Whoa, whoa….sorry!” I hurriedly said, holding up my hands. “I was given keys to this room by the desk. It’s a mistake. Obviously I got in with the card so I didn’t break in. Truly sorry.” The guy collected himself and acknowledged that a mistake had clearly been made, and I turned right around and bolted the hell out of there.

The desk clerk was shocked, ashen-faced. “You are Jeffrey Wells, right?” Definitely, I said, and showed him my ID. He apologized and double-checked. Believe it or not, the name of the guy I walked in on is also named Jeffrey Wells. Same name, same hotel…what are the odds? I wasn’t pissed — just amazed and amused. The clerk smiled and said “Thanks for being understanding” as he gave me the cards for the new room, which is on the third floor.

My current room is about half the size of the other Jeffrey Wells’ room. It feels like the garbage-compression room in Star Wars — i.e., the room that Han, Leia and Luke are stuck in as the walls start moving in and making the room smaller and tighter by the second.

If Nancy Meyers had written and directed the scene when I walk in on the other Jeffrey Wells, he and his wife would have been obese tourists from Missouri and having some kind of contortionist sex on the bed. As I turned the corner and stood before them they would have both leapt off the bed with terrified expressions and gone “Aaaaaahhh! Aaaaaahhh!” And I would have stood there and also gone “Aaaaaahhh! Aaaaaahhh!” And then the hotel dicks would be knocking on the door and I’d be cuffed for breaking into a room, etc.