Support on Patreon Follow @wellshwood
6 Comments
The Other Undefeated

Everyone understands there are two Undefeated films out there, right? One is a piece of hagiography about Sarah Palin that you can throw in the dumpster (it’s only made a lousy $100,000 since opening in mid-July), and the other is really, really good. I’ve just seen the latter, a deeply touching 90-minute doc about Memphis’s Manassas Tigers, an African-American high-school football team trying to up their wins. But it’s mainly about various team members toughing it out with personal struggles. And it really sinks in. 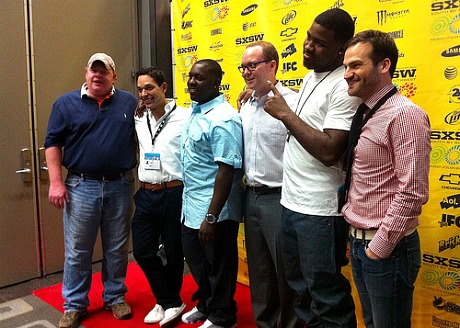 The first half of Dan Lindsay and TJ Martin‘s film is somewhere between good enough and not bad — very nicely shot & smoothly cut but still a familiar portrait of a rural underdog football team. Seen it before. But the second half…whoa. That’s when all the threads pay off and the seeds sprout, and it really gets you. I started to choke up a bit during one scene, but I coughed and kept it in check. “Shit…this is affecting,” I said to myself.

The main “characters” are “Money” Brown, a right tackle who suffers a torn ligament halfway through his senior season. An angry junior named Chavis Daniels who did time in a youth jail during his sophomore year. And O.C. Brown, a 280-pounder (he reminds you of the kid in The Blind Side) who has the best shot at a college football scholarship but who has problems getting decent grades.

I missed this morning’s screening of Ralph Fiennes‘ Coriolanus, but at the 1 pm Undefeated screening two seasoned critics raved about Vanessa Redgrave‘s performance as Volumnia, the mother of Fiennes’ titular character. Add Guy Lodge’s Berlin Film Festival rave and there doesn’t seem to be much doubt about Redgrave being a top contender for a Best Supporting Actress nomination.

My Week With Marilyn (Weinstein Co., 11.4) “belongs to Michelle Williams and she alone. That is all anyone will be talking about once people actually see the movie. There is absolutely, positively no doubt that Williams is right alongside Meryl Streep and Glenn Close at the very front of the Best Actress race.” — quote from smart, well-connected guy who’s seen it, quoted on 8.15. 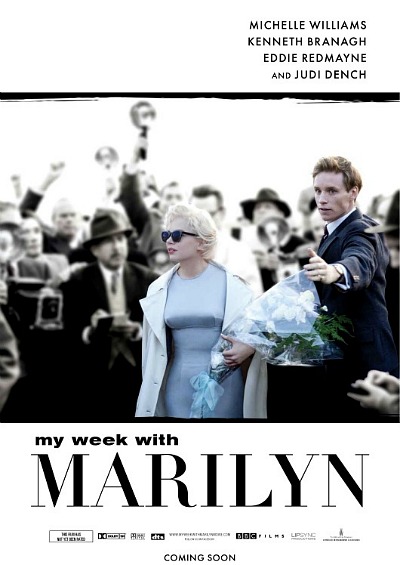 Set in 1914 or thereabouts, David Cronenberg‘s A Dangerous Method (Sony Classics, 11.23) is about a kind of perverse relationship between the young Carl Jung (Michael Fassbender), his mentor Sigmund Freud (Viggo Mortensen), and Sabina Spielrein (Keira Knightley), a lady with “issues,” as we would say today. But if I didn’t know the background and was just strolling around a theatre lobby in an orange T-shirt and cutoffs with a pot belly and big tub of popcorn, I’d be presuming that Knightley is playing a ghost of some kind…right? 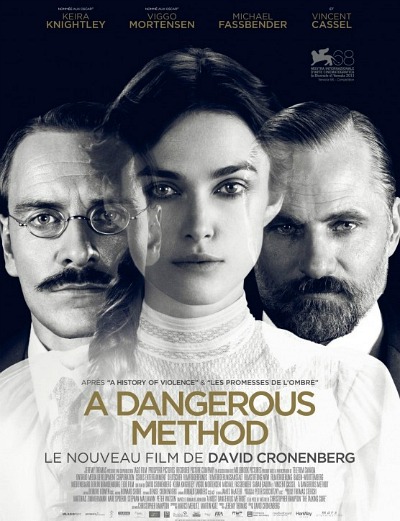 This “Funny or Die” video about Dave (brother of James) Franco effing himself is…what, mildly amusing? Less so? it’s also a little “enough already” given the cavalcade of gay-themed roles and films that James has made over the last couple of years (playing Scott Smith in Milk, Allen Ginsberg in Howl and Hart Crane in The Broken Tower plus having directed that Sal Mineo movie).

The Franco brothers aren’t exactly Olsen and Johnson or Laurel and Hardy, but they’ve made videos together and are known as having started in the same genetic dugout, and between the two of them there’s been a little too much man-meat. For the next four or five years they really need to give homosexual congress a rest. Make it nine or ten years. It’s jgetting too one-note….gay this, gay that, gay whatever.

Four highly cool New York Film Festival extras were announced this morning. The coolest, for me, will be a screening of the first three episodes of Oliver Stone‘s The Untold History of the United States, the forthcoming Showtime series. They segments will focus “on the events leading up to America’s entrance into World War II, the war itself, and the unjustly forgotten figure of former U.S. Vice President Henry Wallace,” says the release. 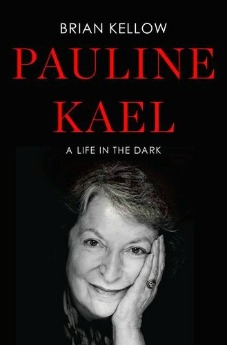 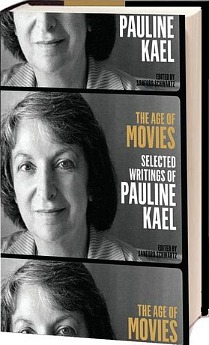 The Untold screening will be followed by a panel discussion featuring Stone, co-writer Peter Kuznick, historian Douglas Brinkley and The Nation‘s Jonathan Schell.

The second coolest will be a panel discussion of Pauline Kael by way of two books about the celebrated film critic — Brian Kellow‘s “Pauline Kael: A Life in the Dark” and “The Age of Movies: Selected Writings of Pauline Kael“. Panelists will include director James Toback (whose Fingers will screen after the discussion), New York critic David Edelstein, Kellow, Geoffrey O’Brien and University fo the Arts professor Camille Paglia.

The third-coolest, I suspect, will be Tahrir, a doc about the Egyptian uprising by Stefano Savona. (I wonder if the doc will be so caught up the thrill of revolution that it’ll choose to ignore the sexual mauling of CBS journalist Lara Logan, an incident that left a bad taste in everyone’s mouth, or get into it or what.)

And the fourth-coolest will be Jeffrey Schwartz‘s Vito, a doc about groundbreaking film critic and gay activist Vito Russo (The Celluloid Closet).

Every year I say the same thing about the possible influence of MCN’s Gurus of Gold chart, and I might as well say it again with awards season about to kick off the weekend after next and with the first testing-the-waters Gurus of Gold chart having gone up yesterday.

Every year I ask what could be more worthless or contemptible in the eyes of any fim lover with the slightest trickle of blood in his or her veins than a group of online journos saying, “What we might personally think or feel about the year’s finest films is not our charge. We are here to read and evaluate the feelings and judgments of that crowd of people standing around in that other room….see them? Those older, nice-looking, well-dressed ones standing around and sipping wine and munching on tomato-and mozzarella bruschetta? Watching them is what we do. We sniff around, sense the mood, follow their lead, and totally pivot on their every word or derisive snort or burst of applause at Academy screenings.”

If I could clap my hands three times and banish the concept of Gurus of Gold from the minds of my online colleagues and competitors, I would clap my hands three times. For it is the task of Movie Catholics (which includes all monks and priests and followers of the faith) to stand up and lead at all costs. And it is bad personal karma to put aside what every fibre of your being tells you is the “right” thing to do in order to proclaim (and therefore help to semi-validate and cast a favorable light upon) the occasionally questionable sentiments and allegiances of others.

And I mean especially if these temperature-gauging, tea-leaf readings contribute to a snowball mentality or growing assumption that a certain Best Picture contender has the heat. There is no question in my mind that to some extent the Gurus of Gold (and especially the purely analytical temperature-takers like EW‘s Dave Karger) contributed to last year’s Best Picture win by The King’s Speech by advancing the notion each and every week that it would probably take it. And that, if you don’t mind me saying so, is a terrible thing to live with.

How would you feel if you were 92 years old, let’s say, and on your death bed and looking back upon your professional Hollywood life and saying to yourself, “In my own small but possibly significant way, I probably helped to create a perception of groundswell momentum and inevitability that led to the Best Picture triumphs of The Greatest Show on Earth, Around The World in Eighty Days and Driving Miss Daisy“? How would you feel about that? Good?

True Catholics are players on the field, not watchers from the stands. They need to convey their own passions as personally, ardently and persuasively as possible, and to give as little credence as possible to the alleged preferences of a politically-motivated, comfort-seeking, sentimentally-inclined, wowed-by-almost-anything-British and recently suspect industry group.

It’s been pointed out time and again that the Academy had a reasonable, fair-minded history in their Best Picture preferences from the mid aughts to ’10 but then last year did an about-face and, in a startling cave-in to British kowtowing and comforting gutty-wut sentiment, gave the Oscar to an admirable-but-far-from-good-enough contender. For the sake of the Academy’s reputation among the aloof and justifiably cynical younger crowd (i.e., the ones that the Academy hopes might be attracted by the hand of Oscar-show producer Brett Ratner) and for the sake of our souls, a capitulation of this sort must never happen again.