I’ve just put up some category projections in Oscar Balloon. The contenders are listed in order of likelihood and/or preference. Exceptions and disputations and the pointing out of arguable omissions are welcome. I haven’t gotten around to Best Original Screenplay and Best Adapted Screenplay contenders. 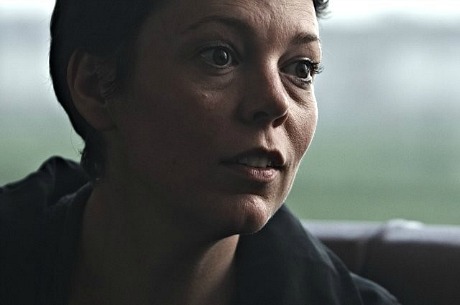 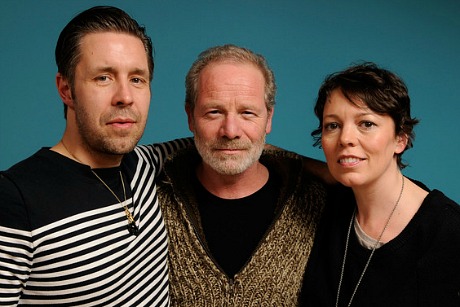 An awards-season handicapper said this morning that while Brad Pitt as Best Actor and a Best Adapted Screenplay nomination are strong possibilities, he’s not yet counting Moneyball as a Best Picture candidate. To which I replied: “The Aaron Sorkin-authored The Social Network averaged a 96% critical approval on Rotten Tomatoes, and won Best Picture from every critics group in the country except…was it San Diego’s? The partly-Sorkin-authored Moneyball is right now averaging 94% and inspiring waves of pleasure among the best critics, many of whom are calling it ‘the Social Network of baseball flicks’, and you’re not calling it a Best Picture candidate”?

This morning a journalist friend actually said that it’s not a safe assumption that The Descendants‘ George Clooney and Moneyball‘s Brad Pitt will be Best Actor-nominated “unless a couple of stronger performances in smaller movies like Shame‘s Michael Fassbender or The Artist‘s Jean Dujardin get bumped.” And what about Michael Shannon in Take Shelter, he added, or Joseph Gordon Levitt in 50/50?

The guy’s first statement is not correct. It is a safe assumption that Clooney and Pitt will be nominated. It can be safely assumed, in fact, that one or the other will win.

Academy members support and vote for actors whom they want to fuck, or at least bring home for dinner and invite to hang out and watch a football game with or whatever. So stop dweebing out here — Pitt and Clooney are the two lead contenders right now, period.

In Shame, Fassbender plays an icy, seriously damaged sex addict as if he, Fassbender the actor, is an icy, seriously damaged sex addict. This is a riveting inhabiting of a spiritually-dead zombie…terrific. Not since Donald Sutherland‘s performance in Felllini Casanova have we seen such a stirring portrayal of a sex jackhammer who can’t feel intimacy. Plus there’s that horse-sized wang that Fassbender shows off. And Fassbender’s Carl Jung is an equally (or close to equally) buttoned-up, highly repressed fellow in A Dangerous Method.

And Dujardin lays on the movie-king charm and the 1920s silent-film pizazz & career-collapse gloom in The Artist — he has a great smile and eyes that are full of life and sparkle.

But neither Fassbender nor Dujardin’s performance comes even close to what Pitt delivers in Moneyball — the doggedness, the anger, the brusque charm, the baseball backstory, the tenacity, the daughter love, etc. Plus he’s delivering the old movie-star charisma that we love so well. And Clooney delivers a touching, fully lived-in dad also — weary, grief-numbed, father-daughter love — who experiences a growth arc.

In short, 2011 is pretty much locked-in in this cateogry as the year of the hunk dads.

So don’t even talk about Fassbender being within throwing distance of Pitt and Clooney’s realm. Forget it…forget it right now.

Take Shelter‘s Michael Shannon does an excellent job of getting inside that guy’s skin, but I personally don’t relate to guys who feel they have to hide it all away and “be strong” and not share anything with their wives. (You know who’s REALLY good in this film? Jessica Chastain.) And so I didn’t feel that close to Shannon’s character — I didn’t feel I understood him or could relate to him (like I could understand & relate to Ben Stiller‘s Greenberg, for instance) or that he was playing on my home team.

And you know that most people do not look at Shannon as a guy they want to fuck or invite over for dinner or a ball game. (I personally like Shannon, whom I’ve met and sat down with, and would some day love to hang with him at a Yankees or Giants game.) He always seems to connect when he plays someone mentally or emotionally unbalanced, the Revolutionary Road guy being the last instance. But the RR guy was cool — a truth-teller, an illusion-shatterer. His Take Shelter guy is a hider, a scared-and-fucked-up guy and not that smart about using job equipment on the weekend for a personal backyard job, and emotionally irresponsible.

Right now it’s Pitt, Clooney, Gary Oldman in Tinker Tailor, DEFINITELY Woody Harrelson in Rampart, possibly DiCaprio in J. Edgar if the film turns out well, and Joseph Gordon Levitt in 50/50 — easily the most winning performance he’s given since 500 Days of Summer.

WHOM DOES THE AVERAGE ACADEMY MEMBER WANT TO BE ON INTIMATE TERMS WITH, OR HAVE OVER FOR DINNER OR GET DRUNK WITH, THE MOST? Pitt and Clooney, tied for first. Then Harrelson, and then DiCaprio, and then Gordon Levitt, and then Oldman and Dujardin (who speaks English, just to be clear).