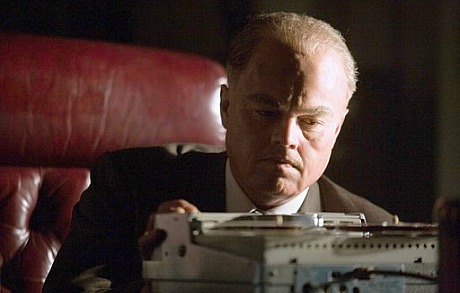 I was somewhat excited about attending Summit Entertainment’s shindig last night at the Bel-Air Hotel because I wanted to see what the $100 million renovation looks like. It was a nice party but the makeover is a letdown. At least in terms of those 12 newly built canyon-view suites up on the hillside. The exteriors and staircases, I mean, which have an uncultivated, hard-edged, nouveau-riche appearance, like something you might find in Riyadh or Qatar or Cancun. 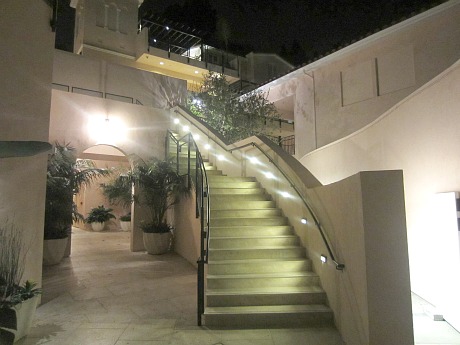 The hard sharp lines that define the Hotel Bel Air hillside exteriors are icky. What person with taste decorates a stairway with little white porthole lights?

And the chandeliers in the Vegas-styled ballroom where the Summit party took place have “a Long Island bar mitzvah quality,” as a publicist friend put it.

I haven’t inspected the entire hotel. A lot of sections seemed very nice. The gardens and the restaurant-bar are still beautiful. So I’m not putting the whole place down, just some of it.

The Bel-Air hotel, which was originally built in 1946, has never been a bastion of Spanish architectural tradition, certainly not along the lines of the Four Seasons Biltmore hotel, which does it exactly right. But there’s no way to go if you’re renovating a 1940s-or-older Southern California hotel except to honor Spanish-style architecture. You need to restore (and if necessary, recreate) this atmosphere as best you can. Ali Baba and the 40 Thieves-style architecture is frightful in this context.

The Bel-Air hotel used to be half-Spanish and half-California comfortable with a kind of soothing, ladies-who-do-lunch Nancy Reagan vibe. Now the place feels half-Spanish and vaguely Middle Eastern.

Oh, wait….there’s a reason for that. The nouveau-riche types who’ve come into money since the flush times of the ’90s and early aughts have no taste to speak of so they love anything brash and sparkly and showoffy — they eat that shit up. So if you want to attract this crowd, you don’t want to generate an atmospheric vibe that’s too classy or reserved.

Plus the Bel-Air hotel is owned by the Sultan of Brunei. It is never a good thing when some loaded big-shot from India or Asia or the Middle East buys an old-WASPy-establishment hotel because one way or the other he will always chintz it up. For whatever reason genuine taste is hard to come by if you’re from the entrepenurial or inherited-wealth classes within those regions. 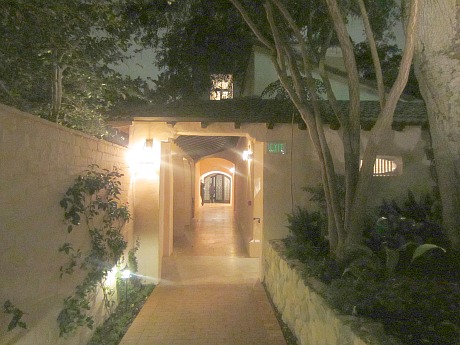 One of the areas in the new Bel-Air hotel that I found to my liking.

The architect behind the Bel-Air renovation is Alexandra Champalimaud of the Rockwell Group. She also renovated Manhattan’s Pierre hotel, and if you ask me she made that one feel a little too Middle-Eastern also…too bright and sparkly, too much gold paint.

This isn’t the first time I’ve complained of Middle-Eastern architecture influences upon old white-people establishments. Last year I complained about the design styles of Isaac Tshuva, the Israeli billionaire who bought and re-designed the Plaza seven years ago.

“The Plaza used to be a haven of old-world Anglo-Saxon class,” I wrote. “Now it reeks of Middle-Eastern cluelessness. The only thing missing are bellmen standing around with pointy-toed Ali Baba shoes.”

In 2007 I reported the shock that I felt when I realized that Boston’s former Ritz Carlton — the Plaza Hotel of Boston, operating since the mid 1920s — is now called The Taj, and “has been transformed with a name and a design scheme that’s right out of Las Vegas or Cancun.” The Ritz Carlton waa sold in ’06 to Taj Hotels Resorts and Palaces, a swanky hotel chain based in Mumbai, India.

Eighteen months after abruptly departing Apparition, Bob and Jeanne Berney are abruptly leaving FilmDistrict, the GK-partnered company that was launched 13 or 14 months ago. The stated reason is that the company wants to abandon its New York City offices and move the whole kit ‘n’ kaboodle to Los Angeles, and the Berneys are hardcore New Yorkers and don’t want to relocate.

According to math provided by Deadline‘s Mike Fleming, the company has generated about $163 million in revenues from five Film District releases — Insidious, Don’t Be Afraid of the Dark, Soul Surfer, Drive and Rum Diary. I don’t know what FD’s cut of this amount boils down to, but it sounds like they had a fairly decent year. But it apparently wasn’t enough because the basic idea behind any consolidation is to cut costs.

The Berneys will keep the New York office running for another months, or roughly until 3.1.12, largely to attend to the release of Angelina Jolie‘s In The Land Of Blood and Honey.

This morning I placed a call to a New York-based company (never mind the particulars) called Reprise something-or-other. I got the usual voice message explaining the usual options. The speaker had what sounded to me like a somewhat educated New York borough or northern New Jersey accent. What got me was his pronunciaton of Reprise, which he called RE-prize — a variation on the standard football-game prounciation of the word “defense” as DE-fense.

The second I heard RE-prize I thought of those hillbillies in Deliverance telling Jon Voight and Ned Beatty that “well, we, uh, RE-quire that you both get your asses into them woods.” I was once again channeling Jose Ferrer ‘s Turkish Bey in Lawrence of Arabia: “I am surrounded by cattle.”

Frank Sinatra‘s old record label was called Reprise, but it was pronounced the elegant way — reh-PREEZ. Commoners, I remember, would say reh-PRIZE and others would correct them by saying, “Uhm, I think you’re supposed to say reh-PREEZ.” But now we’ve sunk even further. Now we have guys who sound like Port Authority bus drivers greeting callers with “thank you for calling RE-prize.” Welcome to Jersey Shore.

“J. Edgar Hoover‘s mystique lies in the fact that while he kept meticulous files with compromising details on some of America’s most powerful figures, nobody knew the man’s own secrets,” writes Variety‘s Peter Debruge. “Therefore, any movie in which the longtime FBI honcho features as the central character must supply some insight into what made him tick, or suffer from the reality that the Bureau’s exploits were far more interesting than the bureaucrat who ran it — a dilemma J. Edgar never rises above.”