Given the highly clubby, conservative and aesthetically myopic leanings of your typical Academy member, my suspicions are as follows. Kills listed first followed by HE’s Best Picture finalists (for now):

KILL LIST #1 FROM BREVET: 1. Ben Affleck‘s Argo, a “based on a true story” saga about the late ’70s Iran hostage crisis. Reason: If Affleck is the new Sydney Pollack (i.e., commercially-inclined but thorough and thoughtful, delivering good performances), he’ll need to grow older and refine his chops before he graduates into his Out of Africa phase. 2. Benh Zeitli‘s Beasts of the Southern Wild. Reason: Strictly Sundance, strictly Spirit Awards. Luscious, vibrant & imaginative as hell, but too much in the way of waist-deep mud, ooze, booze, flies, house fires, dead steers and slimy alligators. 3. Mark Andrews and Brenda Chapman‘s Brave. Reason: Animation needs to stay on its own side of the Rio Grande….forget it. 4. The Wachowski Bros. and Tom Tykwer‘s Cloud Atlas. Reason: Probably fated to be too convoluted, too complex and too much of a “what-the-fuck?” for your typical 62 year-old, neck-waddly, liver-spotted Academy fart.

KILL LIST #2 FROM BREVET: 1. Ang Lee‘s Life of Pi. Reason: 3D family adventure genre belongs in its own box. Too commercial-looking, too many voice-cast members with funny-sounding Indian names, Tobey Maguire and Gerard Depardieu excepted. 2. Christopher Nolan‘s The Dark Knight Rises. Reason: Might be nominated as a payback gesture for the Dark Knight Best Picture snub, but I doubt it. Will be seen as too much of a genre exercise-slash-corporate cash-grab. Too Gothamesque, too Nolanesque, too Bane-y. 3. Quentin Tarantino‘s Django Unchained. Reason: As stated on 2.28, Django Unchained will “just be another bullshit grindhouse B-movie wink-wanker — a neo-Italian spaghetti western (being shot in Lone Pine by way of Almeira, Spain) with everyone duded up in Sergio Leone ponchos and smoking smelly stogies and scratching matches on their six-shooters and wearing rotting-teeth dental implants and chicken-grease makeup,” etc. 4. Ruben Fleischer‘s The Gangster Squad. Reason: The director of Zombieland and 30 Minutes or Less hasn’t the depth or the chops to even begin to deliver an Oscar-calibre film…pure genre, pure gunblast, purely commercial…might be entertaining but forget the Academy.

KILL LIST #3 FROM BREVET: 1. Peter Jackson‘s The Hobbitt: An Unexpected Journey. Reason: As stated on 2.28, “Jackson has already snagged a Best Picture Oscar for his Lord of the Rings finale and that, trust me, is the very last Oscar Jackson is going to get for any film having anything to do with Tolkien or Middle Earth or dwarves with huge ugly feet. Okay, The Hobbit may land a nomination, but it cannot, must not and will not win.” 2. Rian Johnson‘s Looper. Reason: Get outta here. 3. Woody Allen‘s Nero Fiddled. Reason: I haven’t read the script, of course, but this is some kind of socially satiric anthology film, as I understand it. And these things never seem to work all that well. Radio Days in Rome? 4. David Chase‘s Not Fade Away. Reason: I’ve heard it doesn’t really work. One reaction hardly closes the book but it does suggest that the response might not be universally or 90% ectstatic. 5. Oliver Stone‘s Savages. Reason: This might be a really gripping drug-dealing and Mexican gangster kidnapping flick, but this kind of thing almost never results in Best of the Year hosannahs. 6. Robert Lorenz‘s Trouble With The Curve. Reason: Clint Eastwood is starring but not directing. 7. Taylor Hackford‘s Parker. Reason: Hackford doing a Donald Westlake piece with Jason Statham? Might be cool on its own terms but forget any Best Picture action. 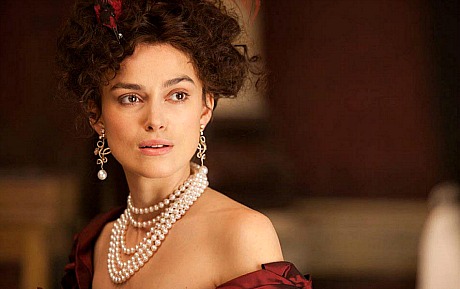 1. Lincoln (mid to late December), d: Steven Spielberg, cast: Daniel Day Lewis, Sally Field, Joseph Gordon-Levitt, Tommy Lee Jones. Why: The usual Spielberg-kowtow instinct (i.e., to show obeisance before power) plus the impact of Daniel Day Lewis’s lead performance plus the instinct to show respect and allegiance for the legend of Abraham Lincoln. Classic historical chops. Will Spielberg try to hold back on his usual instincts? He may, I think, because of the Lewis influence.

2. The Master, d: Paul Thomas Anderson; cast: Phillip Seymour Hoffman, Joaquin Phoenix, Amy Adams, Laura Dern. Why: This project has felt chilly from the get-go, but if it’s halfway focused and well-shaped it’ll offer a chance for Hollywood to deliver a big “eff you” to Scientology, which, we’ve all been told, The Master is absolutely not about. Plus it’s hard to imagine Hoffman’s L. Ron…sorry, charismatic leader performance not emerging as a Best Actor standout.

3. The Great Gatsby (12.25), d: Baz Luhrman, cast: Leonardo DiCaprio, Tobey Maguire, Joel Edgerton, Carey Mulligan, Isla Fisher. Why: The usual instinct to honor an adaptation of a classic novel. As long as Luhrman doesn’t screw it up, that is, by going all crazy and wackjobby like he did on Australia.

4. This is Forty (12.21), d: Judd Apatow. Why: Apatow has been getting better and better. One of these years he;s going to hit a long triple or a homer. Cast: Paul Rudd, Leslie Mann, Megan Fox, Melissa McCarthy, Albert Brooks, Ryan Lee, John Lithgow and Charlyne Yi. 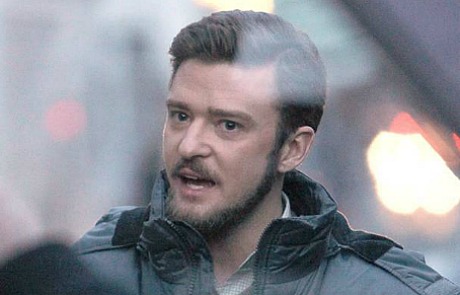 Jusitn Timerblake in Joel and Ethan Coen’s Inside Llewyn Davis.

6. Gravity (11.21), d: Alfonso Cuaron; cast: Sandra Bullock, George Clooney. Why: The technical audacity of this film alone, described by Clooney as sort of 2001-ish, will surely attract respect and huzzahs.

9. Zero Dark Thirty (12.14), d: Kathryn Bigelow. Why: This may just be a good, solid action film without any Oscar play, but respect will initially be paid to the director of the Oscar-winning The Hurt Locker. To some pic may provide or represent a form of 9/11 closure.

10. Hyde Park on Hudson, d: Roger Michell, cast: Bill Murray, Laura Linney, Olivia Williams. Why: Michell is a classy, proficient director of midsize dramas and light comedies, and the plot — centered around the weekend in 1939 when the King and Queen of the United Kingdom visited upstate New York, and focusing in particular on love affair between FDR and his distant cousin Margaret Stuckley — suggests a King Speech-y vibe. But how will Murray fare with FDR?

Wild Card: Joel and Ethan Coen‘s Inside Llewyn Davis. Will this Greenwich Village-in-the-early-’60s drama, which just began shooting, even be done in time for release by year’s end? If it makes the deadline it’s almost a sentimental lock with the 62 year olds because it recalls the glory days of the folk music movement, which is near and dear to boomers who got A’s in high school and college. Cast: Oscar Isaac, Carey Mulligan, John Goodman, Garrett Hedlund, Justin Timberlake. 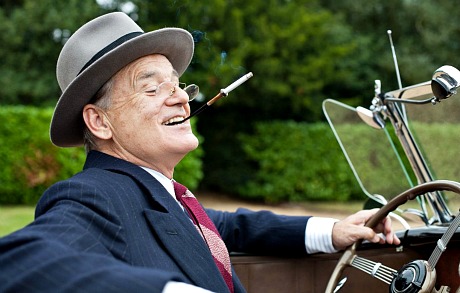