Tonight the Santa Barbara Film Festival will honor Martin Scorsese with its American Riviera award, starting at 8pm. Two hours of clips, chatter and showing obeisancr. A cool-cats-only afterparty will follow. If only Michel Hazanavicius, director of The Artist, had been shut down at last weekend’s DGA awards, and if Marty had won instead. 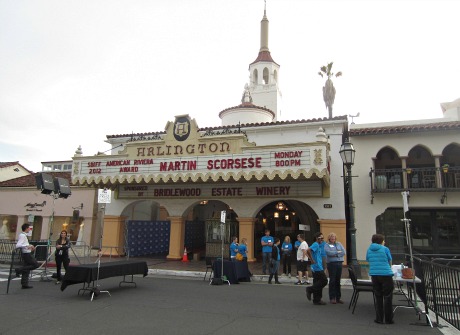 Rope of Silicon‘s Brad Brevet posted earlier this afternoon about reactions to the ending of Joe Carnahan‘s The Grey, so I thought I’d kick it around also. SPOILERS AHEAD!

Some have reportedly complained about the finale being unclear, but it’s obvious that Liam Neeson gets killed by the wolves. A guy reciting macho poetry to himself (“Once more into the fray…live or die on this day”) as he faces a growling threat is surely toast. Carnahan chooses not to show anything, but its a bit like Gary Cooper anticipating death at the end of For Whom The Bell Tolls, and feeling half terrified and half exhilarated.

This is obviously a ballsy finale because it defies conventional expectations about the dominant alpha male always surviving, and I admire that. I thought Carnahan was finished after The A-Team, and then he comes back with this…impressive. Almost too impressive. Because at the same time the Grey ending is faintly irksome and unfulfilling because there’s no particular payoff or satisfaction in watching an alpha male go down. I’d become used to death, you see, with all the other plane-crash survivors getting their throats torn to shreds so it was kind of a so-whatter.

We know how survival tales play out. Black and Hispanic guys never make it to the end. Sensitive dads and brainy types also have to die. Ditto old guys. But the strongest male always makes it to the finish and gets to exhale and savor the victory against nature and the elements. So I’m asking myself what exactly is interesting about Neeson being slaughtered at the finish? And I really can’t come up with an answer.

We all want to survive and fend off predators and live another day. We understand that we’ll eventually lose the battle and die, but in stories like this we all want the tough alpha male to make it through somehow. Because if he doesn’t make it, it means that fortitude and strength and canniness are meaningless. It means that survival is mainly about luck. And a movie that tries to sell this idea is not doing anything arresting or stirring. It’s just telling me, “Well, his string ran out, and tough shit.” 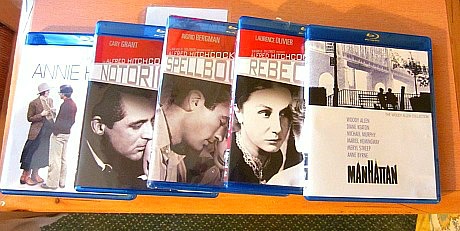 What world-famous director could Slate‘s Bill Wyman be talking about? Excerpts: (a) “He can’t do comedy”; (b) “He has a surprisingly weak record when it comes to eliciting great performances”; (c) “He never commits to a worldview that doesn’t ultimately have a sunny patina”; (d) “The scares, the drama, the emotional ups and downs [in his films] feel hackneyed and even mannered”; (e) “His lack of interest in narrative coherence is one of his hallmarks“; and (f) His career has ultimately become “an arc of failed promise.”

This week’s New York is largely devoted to a collection of short articles by Claude Bodesser-Akner about celebrity money. Shorter Brodesser-Akner: They make more but they have loads of expenses, the smart ones exhibit restraint, and most of them funnel their earnings through tax-friendly “loan-out” corporations. Oh, and Brangelina’s combined portfolio is worth about $270 million. And Zooey Deschanel lives reasonably . 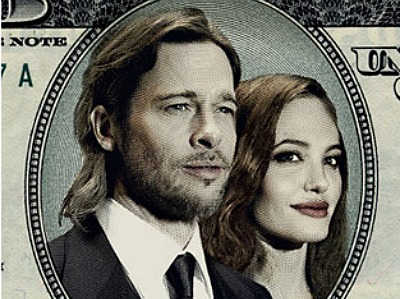 I didn’t file last night about the SAG winners because (a) I genuinely love and worship great filmmaking and revel in the celebration of same, and therefore (b) I don’t care at all whether Pleasing But Overpraised Movie #1 (i.e., The Artist) now has a slight chance of losing the Best Picture Oscar to Pleasing but Overpraised Movie #2 (i.e., The Help).

The Spirit of 2011 (as represented by the final Oscar favorites) is virulently opposed to the Spirit of 1999 — I know that much. The two-headed Artist/Help shrek gollum isn’t fit to shine the boots of Election, Fight Club, Being John Malkovich, The Insider, American Beauty, The Matrix, etc.

The final indignity came when SAG gave its Best Actor prize to The Artist‘s Jean Dujardin over The Descendants‘ George Clooney. Lord knows it’s not easy to smile and grin and tapdance like Dujardin did in The Artist, and then turn on a dime and exude anguish and depression and grow a seven-day beard as his character’s movie career goes downhill. What are Clooney’s expressions of 21st Century grief, uncertainty, vulnerability and fear in the face of death compared to that?

None of my faves are in play here, and we are in the last throes of one of the weakest, shallowest and most profoundly embarassing Oscar years in motion picture history. Did last night’s SAG wins by Cecil B. DeMille‘s The Greatest Show on Earth indicate a real possibility of it beating Mike Todd‘s Around The World in Eighty Days for the Big Prize, or is this just a fool’s dream? Either way you can bet your boots that Gold Derby‘s Tom O’Neil is keeping track of every last shift in intuition and sentiment among key prognosticators.

I just want to find a nice bucket at a nearby hardware store and keep it with me just in case.

This morning Movieline‘s Stu Van Airsdale posted the following: “I don’t have much outrage left about this year’s Oscar class, but just watching another goddamn tired Albert Nobbs clip and seeing Tilda Swinton‘s gracious recognition of her own SAG nomination and thinking about Swinton and Charlize Theron and Kirsten Dunst and Elizabeth Olsen and at least three or four other actresses more worthy of Close’s Oscar nomination and what could have been had me so irretrievably embittered all over again. What a bunch of bozos we’ve built this beat around. Or maybe we’re the bozos. Either way, it’s a waste.”