My only enthusiastically preferred Democratic Presidential candidate of 2016 is Elizabeth Warren…end of story. I’ll accept Hillary Clinton, yes, and New York Governor Andrew Cuomo. But a voice tells me it’s Warren’s to lose or fulfill. The Gods have picked her. Plus half the electorate, I sense, really wants to see a woman in the White House…finally.

The great Ben Gazzara has died at the age of 81. He had a long and rich life, and from the 1957 release of The Strange One (which is a very strange film) on he was “Ben Gazzara,” and that really meant something. But what? Gazzara was almost as much of a vibe as he was an actor. He was magnetic but also a bit of a hider. In film after film he was always some variation of a jaded, laconic, laid-back smartass with a very slight grin starting to emerge.

As a member of the ’50s generation that broke through in the age of Brando, Clift, Newman and Dean, Gazzara never really lucked out with that One Big Role that might have made him a star. I’m not sure he was really made of what you’d call “star material.” There was always something aloof and diffident about Gazzara. He was constantly urban and subterranean and coffeehouse and sometimes vaguely snarly and resentful, but at the same time smooth and cool and settled.

For me, Gazzara’s best performance was as Henry Chinaski in Marco Ferreri‘s Tales of Ordinary Madness (’83). There was also his volcanic work in John Cassevettes‘ Husbands (’70) and The Killing of a Chinese Bookie (’76), of course, and in Peter Bogdanovich‘s Saint Jack (’79) and They All Laughed (’81`). Not to mention his snippy, sharp-mouthed murder defendant in Otto Preminger‘s Anatomy of a Murder (’59) and Jackie Treehorn, of course, in the Coen Brothers‘ The Big Lebowski (’97).

Gazzara’s Wiki bio reports the following: “During filming of the big-budget war movie The Bridge at Remagen co-starring Gazzarra and his friend Robert Vaughn, the U.S.S.R. invaded Czechoslovakia. Filming was halted temporarily, and the cast and crew were detained before filming was completed in West Germany. During their departure from Czechoslovakia, Gazzara and Vaughn assisted with the escape of a Czech waitress whom they had befriended. They smuggled her to Austria in a car waved through a border crossing that had not yet been taken over by the Soviet army.”

This is a great story. I wish I could say that I smuggled someone out of a country that had just been taken over by the bad guys. The waitress was probably in her early 20s when this happened. She’s in her mid ’60s today, if alive. Whatever happened to her? How did her life work out? 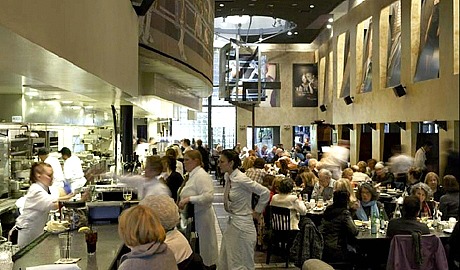 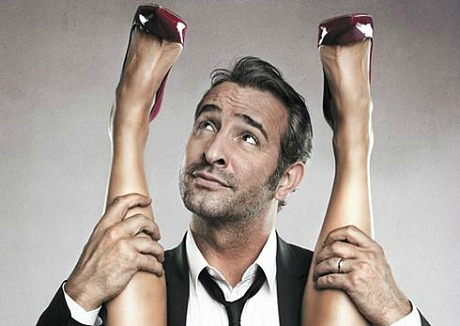 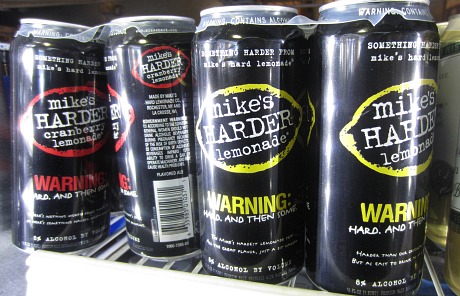 I haven’t had a Mike’s Hard Lemonade since the mid ’90s, but the “Harder” brand is apparently a response to the competition from Four Loko. 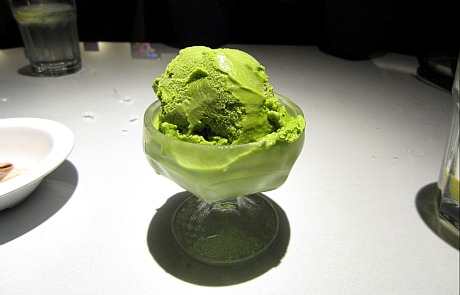 Let no one accuse Hollywood Elsewhere of not standing by its opinions despite financial consequences. My anti-Artist jihad has apparently resulted in a lack of Phase Two ads from the Weinstein guys. Many thousands down the drain. But it’s fair game and totally their call. I hear what they’re saying, and no worries. For what it’s worth an ad on HE doesn’t mean I follow suit with obsequious endorsement. It just means that the Oscar conversation is happening on this site and…you know, whatever, have at it. I know that Artist ads are currently on The Wrap, Deadline, Hitfix and L.A. Times. C’est la guerre.

My first significant activity after returning to Santa Barbara yesterday was a second viewing of Amy Berg‘s West of Memphis, a tightly compelling and superbly woven doc about the nearly-20-year saga of the West Memphis 3. (My first was in Park City a week and a half ago.) It played at the Lobero theatre, and was followed by a q & a with Berg and John Byers, stepfather of one of the three murder victims. 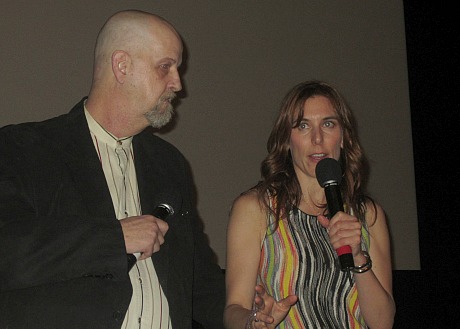 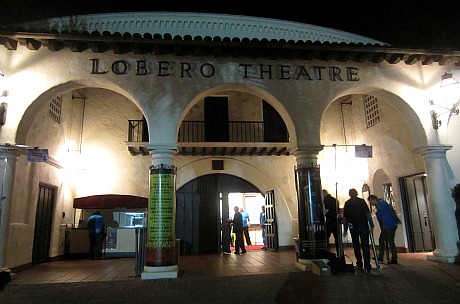 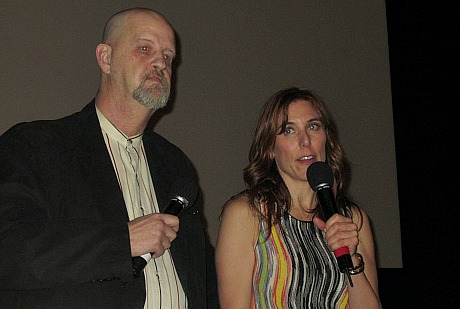 Byers sparked a Twitter kerfuffle last night when he slammed Joe Berlinger and Bruce Sinofsky‘s three documentaries about the West Memphis 3 case (Paradise Lost: The Child Murders at Robin Hood Hills, Paradise Lost 2: Revelations and Paradise Lost 3: Purgatory), obviously because he resents the dredging up of circumstantial evidence in the mid ’90s that indicated to police that he was a suspect in the deaths of the three boys. He said last night that the docs were compromised because several portions were “staged.” 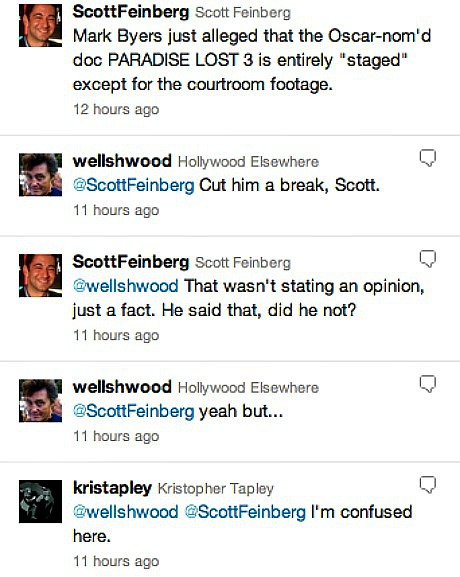 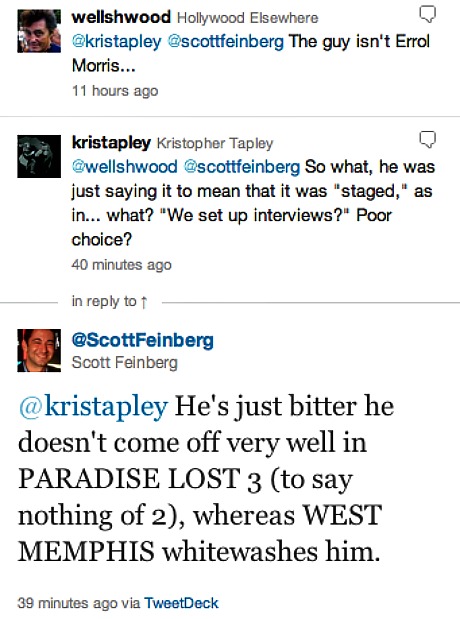 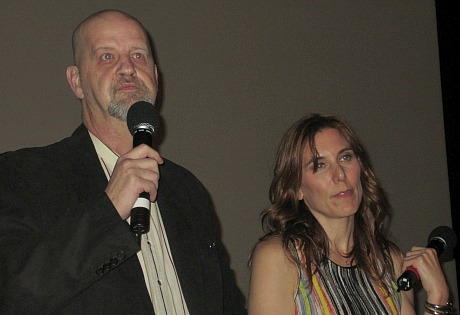