It’s been nearly thirteen years since the debut of Alexander Payne‘s Election, and it’s doubtful, frankly, that Reese Witherspoon will luck into a role as good as Tracy Flick again. It enabled her to give her very best performance. Certainly her most memorable, in part because she wasn’t “acting” — Tracy Flick is inside Witherspoon as surely as Tom Dunson and Ethan Edwards were inside John Wayne.

Has Witherspoon ever played a Tracy-ish role since? Of course not. Will she ever? Not likely. Will she ever make anything of any value again, ever? What kind of management puts a feisty adult actress in projects like This Is War and Water for Elephants? One thing Witherspoon will never sell is foxy-sexy; nor softly romantic and vulnerable. She’s too steely and practical. Tracy Flick was lightning in a bottle, and that stuff doesn’t grow on trees.

Hey, Tom O’Neil, Sasha Stone, Kris Tapley, Stu Van Airsdale, Scott Feinberg, et. al.! The Oscars are happening only eight days hence. Are there any more articles or polls or predictions or sideline pieces we can run with over the next few days? You know, just to keep the suspense and excitement going?

HitFix/In Contention‘s Roth Cornet posted one of the finest assessments of Bennett Miller‘s Moneyball that I’ve read this year:

“Many traditional sports movies either overtly or inherently deliver the message that our worth can be discovered, confirmed or solidified in one moment of victory and/or within the framework of a shiny, easily identifiable skill — even if that skill is simply strength of will.

“Moneyball presents an image of the human experience that feels far more reflective of life, one in which we are, as Brad Pitt said in an interview with The Guardian, ‘a series of successes and failures,’ who must make choices based on multiple and nuanced factors.

“The other message of many sports films is that our worth ought to be reflected by outside markers to the degree that a loss of the prize in question would be an insurmountable tragedy. Moneyball reminds us of the times that we hit a home run and are so focused on the wrong thing that we don’t even know it.”

What kind of a woman’s name is “Roth”? It has a very cool ring but I’ve never once heard it used before.

Ceasar Must Die, a reportedly not-great, less-than-commercial documentary by Paolo and Vittorio Taviani, the 80-something Italian filmmakers who creatively peaked 35 years ago with Padre Padrone, has won the Golden Bear at the Berlin Film Festival.

Indiewire‘s Peter Kneght reports that “many had pegged Christian Petzold‘s Barbara or Miguel Gomes‘ Tabu as the likely winner, as both received considerable critical acclaim.”

“Mixed reviews out of Berlin and an experimental production method may hold Caesar back from much of a wide release,” Eric Kohn wrote in his Indiewire review, “although it has enough unique appeal to make its way to an alternative release or perhaps a solid television deal.”

A jury led by Mike Leigh looked at the doc, a portrait of prison inmates putting on a performance of William Shakespeare‘s Julius Ceasar, and apparently decided the following before making their announcement: “Giving the prize to the Taviani brothers is not just a vote of approval for their latest film but also a way of honoring their past works and particularly the cinema of the ’70s and ’80s. We will also be saluting creative endeavor by artists of advanced years, which is something we all need to honor and support because we’ll all be there before you know it. This award will also be perceived as a metaphorical renunciation of the lamentable tendencies of the present.

“So it will be the right thing to do all around, and when it’s done we can all go home and smile at ourselves in the bathroom mirror.”

A guy I speak to from time to time went to last night’s Sleigh Bells concert at Manhattan’s Terminal 5. Which is obviously fine but he also “dropped,” if you catch my meaning. Can you imagine being in this kind of sensory-onslaught environment and going “whoo-hoo!” and raising your pointed index finger in tribute while tripping?

I wrote the guy back this morning and asked, “Sorry to sound like I’m sounding but have you ever thought about looking at LSD the old-fashioned way — as a chemical additive that opens the doors of perception and leads to a parting of the clouds and, for the true seekers, spiritual satori?

“I don’t need to remind you that thousands if not tens of thousands of lives were profoundly affected by LSD during the latter half of the 20th Century. LSD changed a portion of the Harvard University faculty in the early ’60s as well as the music of all the best rock bands of the mid to late ’60s (‘I know what it’s like to be dead’), and it triggered the great spiritual awakening of the late 1900s (roughly 1965 to the late ’70s) and…let me get this straight…you’re dropping it in order to ‘party’ and go whoo-hoo at a Sleigh Bells concert?

“Have you ever heard of Jay Stevens‘ “Storming Heaven,” the book I’ve written about in the column?

“I’m only saying that LSD opened things up spiritually and perceptionally for a whole lot of people in the ’60s and ’70s and gave them a taste of the mystical and sublime, the kind of Eastern enlightenment God-head that had previously been known only to a very select crowd (Aldous Huxley, Hermann Hesse, earnest readers of “Bhagavad Gita” and “Siddhartha,” the mystics of India, Cary Grant, Timothy Leary).

“What form does LSD come in now? Tablet, capsule…? How long does it last? For me the first two or three hours would be ecstatic — ‘elevator in the brain hotel’ — and then it would gradually level out and sink down after eight or ten hours.

“‘Elevator in the brain hotel‘ is great, but there’s SO MUCH MORE to be had from that drug….words fail.” 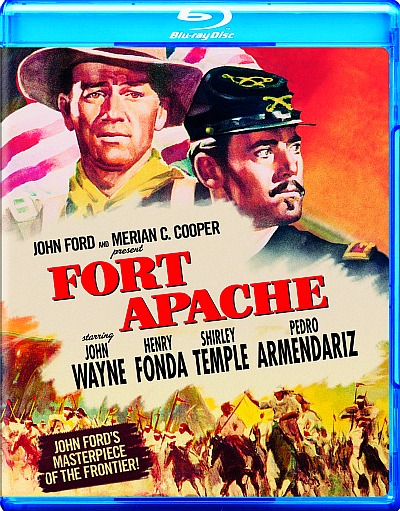 About a week ago Bill Murray told his CNBC hosts that personal responsibility is lacking in this country, and that those who can’t man up and cut the mustard are going to stay in place or become “compost” — essentially a conservative sentiment. And on the other hand he says that super-partisans in Congress who are only trying to take the other guy down and make him look bad (obviously a reference to Boehner, Cantor & the wacko right) are destructive forces who are destroying hope.

This is a very inhumane, non-lefty, Big Hollywood thing to say, but Murray’s compost remark led me to imagine the following: if the government was to announce that in 30 days all homeless people will be rounded up in order to be used as meat filler for dog food, a healthy percentage of homeless people would suddenly be looking for a job or would at least be volunteering their energies for some socially helpful cause. Their ranks would be thinned significantly.