Warner Home Video’s A Streetcar Named Desire Bluray (streeting on 4.10) is close to perfect. It’s never looked better. Some portions are between okay and nice, and others have that shimmering silvery dreamcicle vibe that can make you fall in love with a black-and-white film all over again.

The older I get, the sadder this film feels.

In a way, Blanche’s speech about “hanging back with the brutes” is a condensation of much of what I’ve written in this column about CG ComicCon cowflop and general all-around Hollywood action crap.

Variety‘s Andrew Stewart is reporting that the AMC theatre chain has decided on a very liberal policy when it comes to under-17s wanting to see Bully. AMC management will accept written approvals or verbal cell-phone okays from parents…which can be very easily faked, of course. But who cares? And what kids are going to want to see Bully enough to go to any trouble?

Still, AMC deserves a pat on the back for essentially saying to hell with the rules when it comes to Bully. They’re like the management of those Staten Island bars who were cool about serving beer when my friends and I would visit when we were 15 and 16.

James Cameron has become one of the biggest achiever-adventurers of our times. He’s become mythical. The Mariana Deep dive is the kind of thing that Teddy Roosevelt used to be known for. He’s on the level of Sir Edmund Hilary or T.E. Lawrence.

Rick Santorum knows how to hold himself in check, but he was clearly only one or two anger levels away from taking a poke at N.Y. Times reporter Jeff Zeleny.

Sociopathic corporate malfeasance and gangster banks are easily the biggest evils and the worst predators around. But the second- and third-worst factors are (a) the butt-plug teabaggers who think that slapping constraints on corporations is un-American and (b) cultural hee-haws who allow themselves to be played by corporate rightwing tricksters who feed them what they want to hear and get them to vote against their economic interests by persuading them that a Presidential election is about supporting heartland values (i.e., no abortion or gay marriage). 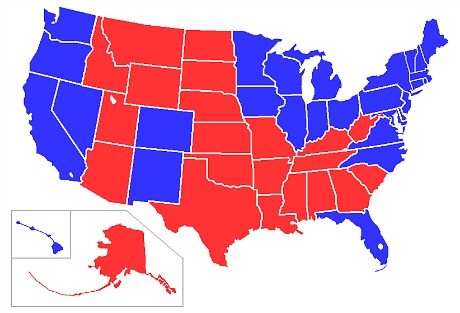 Get rid of the rightwing heartland element and you’d have a lot less support for corporate evils and a political climate that would be a whole lot healthier and more progressive.

I’ve offered mock solutions like green concentration camps and hypotheticals like clapping your hands three times and making all the yokels disappear. But there’s a realistic solution that I honestly think would work, and that both sides would be happy with. Seriously.

Break the country into two nations like Czechoslovakia did. A red Slovakia and a blue Czech Republic. Most of the economic vitality and enlightenment are concentrated in the blue states (I think), and a lot more could get done if the blues could run things in a reasonable, less-crazy fashion. Let the reds have their retrograde, anti-healthcare, let’s-preserve-our-white-heritage attitudes with their higher divorce rates and fatty foods and worship of old-school, fossil fuel lifestyles and “drill, baby, drill.”

Everyone could still travel around and visit the other sector any time they want. Nothing would change access-wise. Northerners could still drive down to see relatives and visit Texas any time. Manhattan hipsters could still visit Austin during South by Southwest. They could still go down to Louisiana and get drunk and buzz around on the bayou on flatboats. Everything would be the same except that most of the foul people would be running their own red nation, and would have a lot less to say about the progressive shape of things as far as the serious money and real power centers are concerned.

Abraham Lincoln said that a nation divided against itself — a Northern United States vs. a Confederacy — cannot stand. He may have been right in the early 1860s, but today geographical unity isn’t what it used to be. And a nation like ours, paralyzed by the refusalism of the corporate-fellating loony-tune right, is pretty much a stagnant and ungovernable thing. Cut out the fungus, let the cultural conservatives have their own Dogpatch Nation and things will be better. And we could still enjoy each other’s company when we feel like it. Hell, I had a great time when I was in Shreveport two or three years ago.

The Island President, a better than decent climate-change doc, opens tomorrow. Bully opens Friday, and I’ve opined about that. I haven’t seen Dark Tide and I wouldn’t watch Goon on a bet. I saw Intruders months ago and it didn’t think it had enough. I’ll see Mirror Mirror tomorrow night, but a friend who’s seen it says “it’s a kid’s film.” I ran my review of Turn Me On, Dammit! last January. Wrath of the Titans screens tonight at 7:30.

I’ve been watching Elia Kazan‘s A Streetcar Named Desire since the ’70s, but I noticed something new today when I looked at Warner Home Video’s new Bluray version. The sailor who says “can I help you, ma’am?” to Vivien Leigh‘s Blanche Dubois at the very beginning is Mickey Kuhn, the actor who played young Matthew Garth in Red River. This is the Bluray benefit — you wake up to details that have always been there, but had somehow escaped detection. 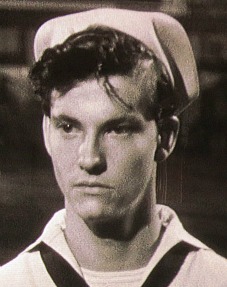 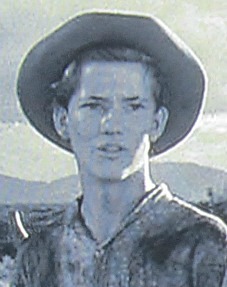 My entire morning was consumed by matters of distraction that had nothing to do with posting stories. It happens.

The trailer suggests that Phillip Montgomery‘s ReGeneration, which Ryan Gosling produced and narrates, is a thoughtful and incisive portrait of the GenY malaise. The problem is that it was first seen two years ago at the Seattle Film Festival, which means it was probably completed in late ’09 or thereabouts. It might have been conceived and formulated by Montgomery earlier that year, or the work could have begun sometime in ’08. Documentaries can take a long while to get off the ground.

At its most current. therefore, ReGeneration might be, culturally speaking, an early Obama administration film, and if so then I’m sorry but no. Because the world has moved on in a thousand different ways. You can’t diddle around for two years waiting to release a film like this.