I’m not saying we should applaud this Auburn, Washington man who slapped a kid who wouldn’t shut the fuck up in a theatre playing Titanic 3D, but deep down you know he was right. He acted intemperately and broke a social rule and will probably pay some sort of price, but behind closed doors the Movie Godz are smiling. And you know that kid who lost a tooth will now think twice about yapping off in a theatre.

This isn’t the same reel that played at Cinemacon, but it’s fairly similar to it. I repeat: this is looking more and more like one of the most intriguing awards-season headliners. The 1920s have been removed from that feeling of veiled sepia antiquity — they feel electric, refreshed, wild. And although the CG still looks a wee bit primitive in the final New York City cut, the idea of glimpsing the Manhattan of 90 years ago has my pulse racing. Plus the actors all seem in fine form.

Yesterday’s mistake was failing to arrive early enough for the 7:30 pm Holy Motors screening at the Debussy. I had decided to relax and just stroll around and take in the sunshine late yesterday afternoon. This festival suffers no dilletantes or fools. The second you ease up and stop looking at the clock, it goes “hah!…gotcha!” It won’t happen again. Holy Motors happens at noon today. 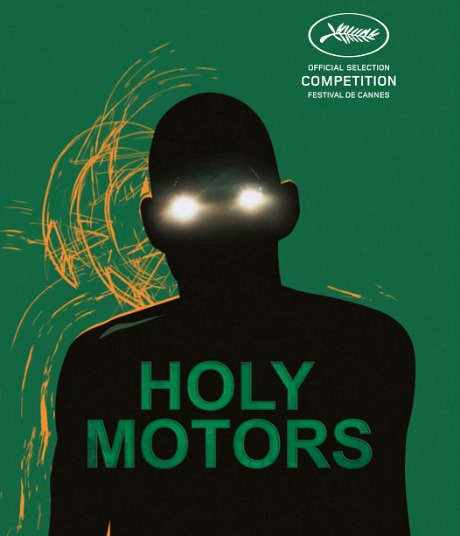 The sky is bright radiant blue with a few soft white clouds. Now all it has to do is warm up a bit more and everything’ll be fine. It’s 5:50 pm and my next film, Leos Carax‘s Holy Motors, starts at 7:30 pm. Take a walk, shake it out. Update: The Carax is filled with the next screening at 10 pm…eff that. Tomorrow morning is Walter Salles‘ On The Road, Carax/Motors at noon, Carlos Reygadas‘ Post Tenebras Lux and 7 Days in Havana. 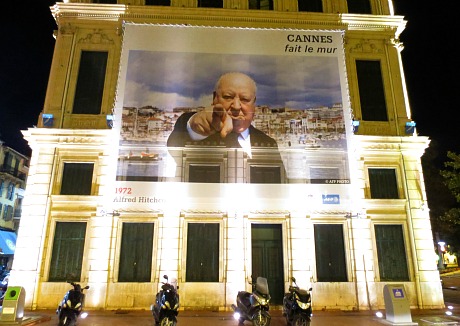 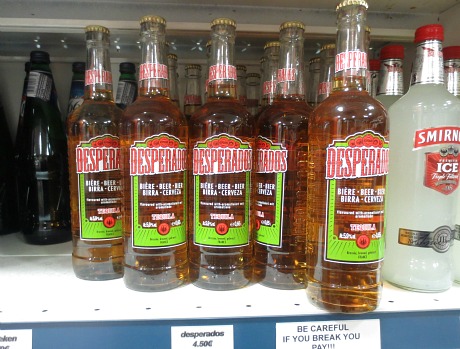 When I was drinking this was my beer whenever in Europe and especially in Cannes. 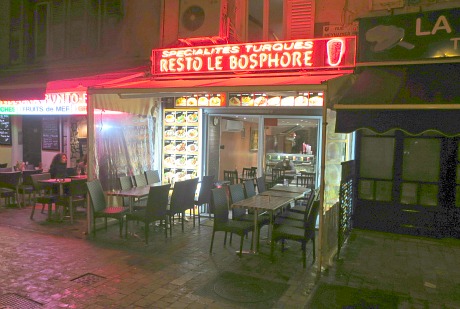 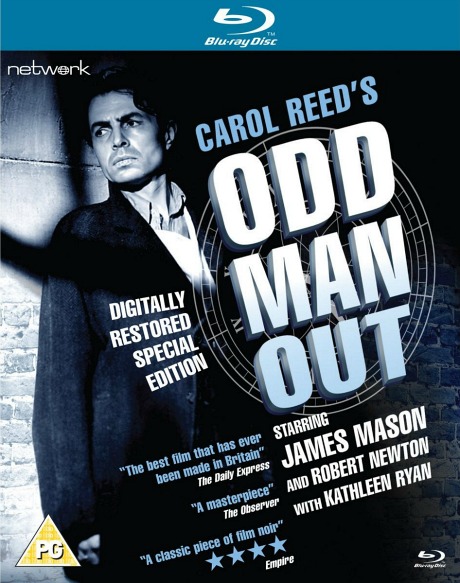 According to Indiewire‘s Jay A. Fernandez, early Cannes reactions to Lee Daniels‘ The Paperboy “suggest the film has more in common with Daniels’ Shadowboxer, an arty action film that left critics’ jaws agape, rather than the crowd-pleasing Precious.

“While there was praise for Nicole Kidman‘s performance as the trashy would-be lover of John Cusack‘s death-row inmate, one buyer described The Paperboy as a ‘trainwreck.’ Another gave the film a backhanded compliment: ‘It’s a movie you have to see. You want to talk about it.’

Adapted by Daniels from Pete Dexter’s novel and set in 1969 Florida, The Paperboy is about a reporter (Matthew McConaughey) and his younger brother (Zac Efron) investigating events surrounding a murder to free a man on death row (John Cusack). It also stars David Oyelowo and Scott Glenn.

If that “trainwreck” remark is even half on the money, McConaughey will be looking to his other Cannes film, Jeff Nichols‘ Mud (which I’ve frankly heard is just okay), to save the day.

I had a pretty bad time with Shadowboxer at the Santa Barbara Film Festival four or five years ago, and I wasn’t that much of a fan of Precious, largely due to the agony of having to spend time with M’onique‘s godawful mom-from-hell.

Last night I finally saw an English-subtitled version of Pablo Lorrain‘s No, as opposed to the French-subtitled version I tried to roll with two or three days ago. Although not quite on the level of Costa-Gavras‘s Z, it’s nonetheless one of the smartest, well-layered and riveting real-life political dramas I’ve seen in ages. Now I understand the buzz (which was first passed along to me by MSN’s James Rocchi), and congrats to Sony Classics for picking up U.S. rights. A Best Foreign Language Pic Oscar nom seems highly likely.

For reasons too mundane to recount I haven’t time to bang out a review, but I will later. Tonight or tomorrow morning, one of those.

“He’s just such a disappointment, an embarrassment. Chin up, hair up. He’s just one of those guys, one of those guys who says he’s going to change everything. And he’ll get in there, and they’ll smile at him and introduce themselves: ‘We’re Congress, we make sure nothing changes.’ He won’t do it. He can’t.” — Former George W. Bush supporter Bruce Willis on Mitt Romney, quoted in an Esquire interview.

It takes friggin’ forever to load these clips. It took so long to load these three that I had to leave my computer on when I went to the 2 pm screening of Bernardo Bertolucci‘s You and Me (very handsomely photographed but otherwise very small and slight, not to mention claustrophobic). I found a wall plug and laid it down on the left-side aisle at the Salle Bunuel, and then along came a busybody girl usher. “But monsieur….” Please! C’mon! I’ll sit right next to it…don’t make me turn it off. I beg you!

Indiewire’s Eric Kohn wrote that Softly, like Dominik’s five-year-old The Assassination of Jesse James By the Coward Robert Ford, is a “tone poem that uses narrative to prop up various attitudes and moods,” but this time with a greater emphasis on the polemic. Well put.

The plot is basically about Brad Pitt‘s Jackie Cogan, a hard-as-nails hitman, being hired to rub out a few guys involved in the robbing of a Boston poker game, as well as an unlucky rackets guy (Ray Liotta) who didn’t really do anything but tough shit — he’s on the list regardless. And yet the first 25% to 30% of the film is Pitt-less, focusing on the perps and their grubby, slip-shod realm.

Cogan, a down-to-business, cut-the-shit assassin, is about doing the job, period. Rationality, efficiency, no personal issues or baggage — an exemplar, in a sense, of “clean living,” which is what Dominik, during the just-finished press conference and somewhat flippantly, said the film is partly espousing.

Above all Cogan is no believer in community and equality and Barack Obama’s high-falutin’ talk about sharing and “we’re all in this together.” Eff that.

Killing Them Softly, then, is a fairly novel thing — an “Obama’s rhetoric is full of shit” crime movie. Okay, not Obama’s per se, but his inspirational come-together theme of the ’08 campaign (a clip from his acceptance speech in Chicago is used at the beginning and end) or the generic uplift rhetoric of “America the beautiful.” Pull the wool off, take the needle out, wake up to what America is.

So this isn’t The Friends of Eddie Coyle, mon ami, but a Metaphor Movie. The political newscast and Obama-speech clips are interwoven a bit more persistently than is necessary. But the ending of Killing Me Softly, no question, hits it right slam on the head. I chuckled. I left the theatre with a grin.

Most of Softly, like any good crime pic, is about character, dialogue, minutae, this and that manner of slimeball scumbag, rain, sweat, snack, bottles of beer, guns and old cars (i.e., ratty old buckets, classic muscle cars, ’80s gas guzzlers). Nobody in Killing Me Softly ever heard of a Prius.

Pitt delivers a solid, snarly performance as the bearded, leather-jacketed Cogan. But running a close second is Scoot McNairy as a scuzzy thief who’s out of his depth. He does more than just scuzz around and suck in cigarette smoke. He exudes fear and anguish along the usual cocky irreverence required of any bottom-tier criminal. He should and will be seen again, and often.

Other stands performances come from Richard Jenkins, Vincent Curatola and the Australian Ben Mendelsohn, acting with his native accent, as the sweatiest and gunkiest no-account junkie west of the Pecos.

Given a choice between an unfettered, down-to-basics George V. Higgins crime drama and what Softly double-track variation is, I’m mostly pleased with the latter. We all know the about the lure of rugged, tangy, straight-punch crime films, which much of Softly is. We’ve been there many, many times. So why not a crime film that goes for something else on top of the usual-usual? Ladies and gents, it’s okay with me. 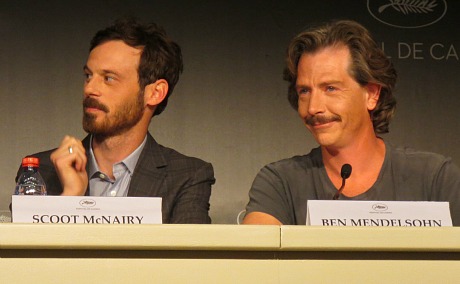