I got more enjoyment out of this three-cubs-in-a-dumpster video (which is roughly two days old) than anything in the opening ceremonies at the London Olympics. I’ve always been a cross between a “watch the highlights after it’s all over” type of guy and a “watch the story of this or that Olympic athlete in a touching movie five or ten years later” type of guy.

You’ve Been Trumped, Anthony Baxter‘s doc about Donald Trump‘s construction of a golf course in Scotland, has become “the highest-rated British film of all time on IMDB,” reports TheWrap‘s Steve Pond. The doc’s user rating of 8.5 makes it statistically “better than Lawrence of Arabia, better than The Bridge on the River Kwai, better than The King’s Speech, better than any other British production ever,” Pond notes.

Have I been invited to a press screening of You’ve Been Trumped? In New York, yeah. But in Los Angeles? Of course not.

HE Reader: “Have you been following the fan reaction to the rumor of The Hobbit being partitioned into three parts? I’ve been around to different sites, and as far as I can tell at least 85% of the reaction is negative. Even those who are huge fans and anticipating next December want no part of this. Curious to know if this reaction is tempering enthusiasm for such a move. For the record, I’m very much against it as well.”

Me: “My interest in The Hobbit has solely to do with the 48 frame-per-second format, which Warner Bros. has clearly been panicking about and backpedaling on since Cinemacon. On its own story merits, I couldn’t give less of a shit. Without 48 fps, I would suggest releasing The Hobbit as one long film so as to get it over with as quickly as possible.”

Awards Daily‘s Sasha Stone has used a list from EW‘s Dave Karger of potential award-season contenders that will bow in Toronto as a kind of stalking-horse diving board….BUMP!…BUMP-bump-bump-buh-buh-buh!…so she can post a second list of potential Toronto stand-outs. And here I am running both their lists and going “okay, maybe, maybe, yes, naaah, maybe, no way!” and so on.

Karger’s Toronto contenders: Anna Karenina, Argo, Cloud Atlas, Hyde Park on Hudson, The Impossible, The Place Beyond the Pines, The Sessions, The Silver Linings Playbook, To the Wonder, Rust and Bone.

HE responses: Karenina‘s cup runneth over, abounding with the right choices and buffings as director Joe Wright does Tolstoy proud but…but!…the odds suggest only one heavyweight period drama will be Best Picture nominated, and that’ll be Les Miserables. There’s no reason to suspect or presume that Ben Affleck and Argo won’t be looking very good after Toronto (and perhaps after Telluride), but it’s a plot-driven “escape from Iran” movie and I wonder what kind of thematic undercurrent it’ll contain. Festival huzzahs for Cloud Atlas , of course, but it’s not, I’m sensing, up the Academy’s 62 year-old white male alley. Hyde Park on Hudson feels more like a performance thing (i.e., Laura Linney). JA Bayona‘s The Impossible, I’ve been told, is a much better film than most people realize at this stage, and is thus looking like potential Best Picture material. To The Wonder = Terrence Potrzebie. The Sessions (which I’ve seen) is an acting thing. The Silver Linings Playbook, I’m told, is primarily an acting thing. I know nothing about The Place Beyond The Pines beyond the vague aroma of indie downeritude. Rust and Bone is an acting thing (i.e., Marion Cotillard).

Well, there goes another N.Y. Film Festival screening opportunity. Paul Thomas Anderson‘s The Master, a Weinstein Co, release, will now open on Friday, 9.14 rather than Friday, 10.12. So it’ll play the Venice Film Festival and then probably Toronto and maybe even Telluride, and open right after this flurry…and what I suspect will be a flurry of rave reviews.

And that’s not all — Andrew Dominik‘s Killing Me Softly, a moderately violent Weinstein release about an assassin (Brad Pitt) hunting down guys who’ve robbed a mob card game, is being bumped from 9.21 to 10.19.

You wanna hear my theory? These deck shufflings are all about Killing Me Softly and Harvey Weinstein‘s just-announced call for a summit discussion about screen violence. I’m thinking that if Harvey’s powwow happens sometime in mid or late August, let’s say, there would be a slight atmosphere of credibility erosion if the Weinstein Co. had a violent film coming out right around the corner. Nudging Killing Me Softly into late October will, I’m thinking, reduce that faint feeling of discomfort.

It’s just a theory, of course, but I’d like to hear from someone who believes these release-date changes would’ve been announced if Harvey hadn’t brought up the idea of a movie-violence summit. And explain the motivation without it. 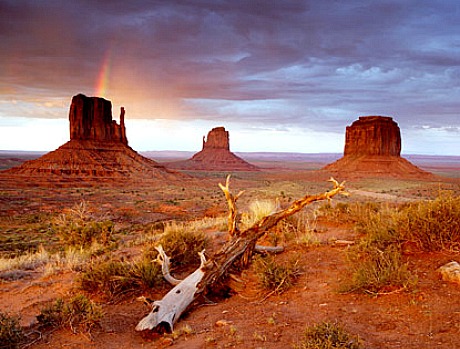 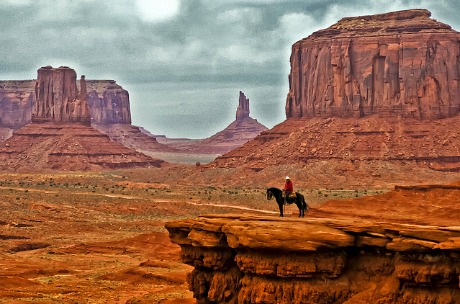 I’ve never liked and have never used the word “meal.” I enjoy dishes and dinners and bites and hors d’oeuvres and salads and slices, but I don’t eat effing “meals,” which to me sounds like a heaping plate you’d put before a serf or a day laborer at a banquet or picnic in the 1940s, some ghastly pile of ghoulash and home fries and broccoli with a glass of lemonade or beer. Q: Have you had your meal? A: No, and if somebody offered me a “meal” I wouldn’t look at it, much less eat it.

The one thing I didn’t like about David Fincher ‘s Se7en was when Kevin Spacey said that he’d killed a morbidly obese guy because he was so disgusting that “if you saw him walking down the street you wouldn’t be able to finish your meal.” And I didn’t like a song in the ’80s Doonesbury musical called “Memorable Meal.” I also don’t like words “plate” and “chow” and “grub.” And I don’t care for women who wolf their food down. Food should be consumed slowly, sparingly. Food preparation is art. High-end chefs (and I’m including the guys who prepare hot dogs at Pink’s) don’t serve “meals.”

I’ve honestly never used the word “meal” in my life, and after today I’ll never type it again. Go ahead — search Hollywood Elsewhere for the last seven years, or Jeffrey Wells on Google. You’ll never once find the word “meal” — “oatmeal” or “meal ticket,” perhaps, but never “meal” alone.

Tom Hardy needs to radiate this kind of attitude and energy in his next film — lithe, fleet and fancy-free. He plays too many brutes — The Dark Knight Rises, Warrior, Lawless. He’s best when he’s playing smart and sharp — Ricki Tarr in Tinker Tailor Soldier Spy, whatsisname in Inception. It’s impossible play smart and sharp in any McG film, and was doubly so when it came to This Means War.