All my life I’ve been telling people that Lonely Are The Brave (’62) is one of Kirk Douglas‘s finest films, and that it certainly contains one of his best performances. I told Douglas that when I interviewed him 30-odd years ago in Laredo, Texas, and he agreed with me. And today, director Alex Cox wrote a passionate piece about it in the N.Y. Times (“The Fretful Birth of the New Western“). But have you watched it lately?

I respect Lonely Are The Brave for what it does right. I love the plainness and the simplicity of it. I love Walter Matthau‘s performance as the sheriff who gets what Douglas’s Jack Burns character (or the Burns metaphor) is basically about, and who sympathizes with him. I love the widescreen black-and-white photography. And early on there’s a very well-handled scene between Burns and an ex-girlfriend, played by Gena Rowlands.

But Burns is too much for me these days. He’s such a romantic fool, a stubborn nine year-old, a middle-aged guy who never thinks farther than the next job, the next pretty girl in a bar, the next shot of rye, the well-being of his horse. He’s basically just swaggering around and saying “fuck it…I’m just not one of those guys who thinks practically about anything…fact is, I’m a romantic construct…a metaphor for the last sentimental cowboy battling the encroachments of civilization.”

I still like Lonely Are The Brave, mind. But not as much as I used to.

On 7.28 L.A. Times guy Steven Zeitchik reported that Hollywood writer-producer Laeta Kalogridis and partners Bradley Fischer and James Vanderbilt have been hired by Warner Bros. to try and whip together a prequel to Stanley Kubrick‘s The Shining.

The idea, says Zeitchik, would be to “focus on what happened before Jack Torrance (played by Jack Nicholson in the 1980 film), his wife Wendy (Shelley Duvall) and their psychic son Danny (Danny Lloyd) arrived at the Overlook Hotel where Torrance soon descends into violent madness,” blah blah.

That is really, really a dumb-ass idea. If I was running Warner Bros. I would can the person who dreamt it up. And then I would have him/her physically escorted off the lot. Because Jack Torrance was just a failed writer with an off-and-on drinking issue before he was hired as an Overlook caretaker, a guy who accidentally dislocated his son’s shoulder and then promised to stop drinking, etc. He’s a loser. He’s boring. He’s tedious. (Original Shining author Stephen King found Jack in the inner recesses of his own life and personality before he hit it big as a writer.)

If you want to milk The Shining, create a mini-series in which the main characters are cool-sexy-evil ghosts in the same sense that the vampires in True Blood are cool-sexy-evil. Each new episode would be about these long-dead phantoms — two hot girls and two hot guys, say, who come from different periods (the 1890s, the ’20s, the ’40s) and have been haunting the Overlook for decades and getting into all kinds of dark, foul stuff, but mainly into the heads of various guests who stay at the Overlook, as well as various maids and caretakers (including Delbert Grady) and administrators who work there, and making them act out their worst, darkest impulses. Or something like that. But forget Loser Jack.

Incidentally: Danny Lloyd is either a professor of biology at a community college in Elizabethtown, Kentucky, or a teacher of sciences in Missouri — or both. He will turn 40 years old on January 1, 2013.

20 Comments
All Them Lincoln Conundrums

A little while back I floated a notion about Steven Spielberg‘s Lincoln (Touchstone, 11.9) being the closing-night attraction at the New York Film Festival on Sunday, 10.14. That would be only three and half weeks before the opening. The media-fed response would certainly get the word-of-mouth rolling if the film is any good. But since I wrote that certain…how to put this?…insect-antennae vibrations are suggesting that Disney might not be interested. 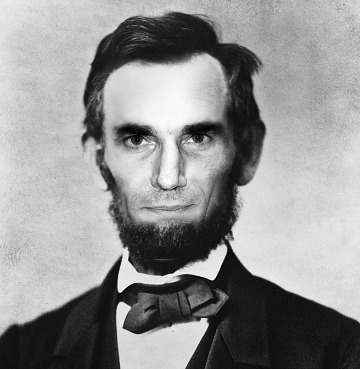 My first thought was that a no-go is pretty much expected. When was the last time a Steven Spielberg film screened at any festival, anywhere? He’s never been a festival-type guy. (Even Schindler’s List didn’t play any festivals.) Spielberg mostly makes popcorn films for the schmoes. His next movie is Robopocalypse. He’s the most successful hack of all time.

I spoke to a journalist pal about this yesterday, and he thinks Disney and Spielberg might be reluctant to have all kinds of Lincoln rebop (reviews, riffs, think pieces) flying around nearly a month before the Presidential election. He was referring to Spielberg having said last year that he doesn’t want Lincoln to be any kind of “political fodder.”

First of all, that’s a questionable position to take on Spielberg’s part. I can see Sony wanting to wait until after the election to open Kathryn Bigelow‘s Zero Dark Thirty as the film will probably be seen, at least obliquely, as pro-Obama. But it would be a stretch, it seems to me, for even the loony-tune right to claim that telling the story of Abraham Lincoln‘s last few months in office (Emancipation Proclamation through assassination) would somehow cast a favorable metaphorical light upon Barack Obama.

Yes, Obama is hated and defamed today as much as A. Lincoln was hated and defamed, and yes, they both came from lawyering and a legislative background in Illinois, and Lincoln’s Emancipation Proclamation was the first humanist piece of legislation to affect the status of African Americans, etc. A friend notes that “they were both raised, to a degree, by single parents. And they are both governing the country at its most divided. And they do seem to be similar types of people, both severely criticized and underestimated.” But I still don’t see it. That was then and this is now…y’know? Different magillas.

In any case, Spielberg’s determination to keep the film out of the Presidential election discussion seemed safe enough when Lincoln was presumed to be a December release. Even with the usual pre-release buzz, which usually starts a couple of weeks before opening and sometimes (depending on when it’s been advance-screened, and who for) three or four weeks before, the media wouldn’t have gotten into Lincoln until mid-November if it had been slated for a mid- or even an early-December release.

But then came Disney’s recent decision to open it on November 9th, or three days after the election on Tuesday, November 6th. They obviously want the movie (and especially Daniel Day Lewis‘s performance as the 16th President) to be part of the Oscar conversation sooner rather than later. And on top of satisfying Spielberg’s requirement, they’ve probably decided for whatever reason that the film will play better commercially in the immediate aftermath of the election as well before the Thanksgiving and Xmas holidays. (They also want to avoid the post-Thanksgiving and early December “dead zone,” when older viewers rarely go to movies in significant numbers.) 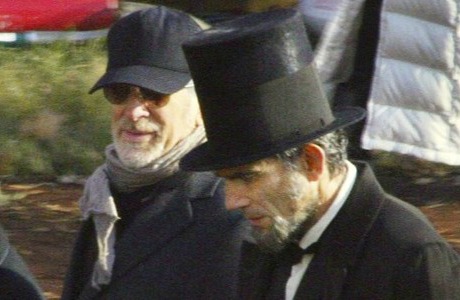 But the 11.9 release means that Lincoln will be in the air a good two or three weeks before the election, and that will bleed into Spielberg’s concern about keeping the film away from Obama-vs.-Romney.

Unless Disney intends to open Lincoln without any advance media screenings or audience previews of any kind (i.e., in the style of Alfred Hitchcock‘s Psycho), the film will start to be buzzed and tweeted about in mid to late October. Screenings will happen for the Josh Horowitz– and Dave Karger-level media, and somehow and some way the word will get out. It always does. Anyone paying attention will be aware of it. The alleged quality of it and particularly the alleged calibre of Lewis’s performance will be kicked around. Whatever Obama-esque echoes or allusions it might contain will be discussed, not just on Twitter but in regular print articles and preview pieces (i.e., the kind that are usually pulled out of writers’ and editors’ asses).

The only way this won’t happen, as I said, is if Disney and Spielberg decide to play it according to total Moscow rules and not show Lincoln to anyone at all under ANY circumstances prior to 11.9…but what are the odds of that happening?

My early thoughts about a theoretical NYFF closing-night screening went as follows: if they’re going to allow the conversation about Lincoln to begin two or three weeks before it opens, where or what is the possible downside in showing it to the NYFF crowd and the New York media on 10.14 — a mere three and a half weeks before 11.9? Pre-release conversation will be happening anyway to some extent. It always gets around. If Disney and Spielberg have the goods then they have the goods — it can’t possibly be a harmful thing to let people know that Lincoln is (let’s use our fertile imaginations) a very special, moving, possibly austere, high-calibre historical drama.

Unless, of course, Lincoln is Amistad by way of War Horse — unless it’s some kind of treacly, commercial, family-friendly, emotionally shameless “Spielberg film” in the worst sense of that term.

So if Disney is in fact averse to a NYFF closing-night venue (and I’ve only detected a hint of their position, which is to say no facts), then I would say they’ve got their reasons for playing it close to the chest. They’re probably figuring it’s best to (a) sell the broad strokes, (b) put out the poster, (c) put out the teaser in early to mid September, (d) issue the first trailer in early to mid October, (e) show it to only a very few media types in early to mid October and (f) to the general media in late October or early November and then (g) cross their fingers and hope for the best.