Reuters is reporting that the Senate Intelligence Committee “will examine records charting contacts between intelligence officials” and Zero Dark Thirty director Kathryn Bigelow and screenwriter Mark Boal.” The idea is to examine whether the CIA and particularly deputy director Michael Morell gave the filmmakers “inappropriate” access to secret material. The committee will also probe “whether CIA personnel are responsible for the portrayal of harsh interrogation practices” and “in particular the suggestion that they were effective.”

I’m sorry but this strikes me and others as cheap political horseshit by way of an opportunistic pile-on.

There are many layers of Washington, D.C. chess-playing going on here. One presumes that Boal made the usual promises to protect his sources, and that’s where it ends. This leaves him in a position of honor, but without a lot of maneuver room. He could say this or that, but he’s constrained.

I would imagine that Boal and Bigelow looked at the facts and considered how to best tell their story, and decided that life is too short to make bad art or fake history. My understanding of this subject is that people who don’t know much about the subject have talked a lot, and the people who do know haven’t said very much. I would also imagine that to Boal and Bigelow, the subject was too important to focus primarily on avoiding a controversy or contradicting the calculated views of U.S. Senators Dianne Feinstein, John McCain or Carl Levin, or raising the hackles of filmmakers like Alex Gibney.

My reading of Zero Dark Thirty is that CIA operatives did whatever they could (including the use of “enhanced” interrogation) to shake loose information about the whereabouts of Osama bin Laden, and that maybe with torture and maybe without they eventually scored. A bit of this, a bit of that. It wasn’t a game of tiddly-winks, and they weren’t after Boy Scout merit badges as much as results.

I spent about a little less than two hours today with MSN critic, Toronto Star contributor and The Lunch podcaster James Rocchi. An hour at Genghis Cohen (pork dumplings, green beans) and then…oh, 45 minutes or so recording a discussion at a really noisy outdoor cafe across the street, on the west side of Fairfax just north of Willoughby. It was like recording next to the Santa Monica Freeway — fire trucks, cement trucks, loud motorcycles, cars without mufflers. The podcast will be up sometime next Tuesday. 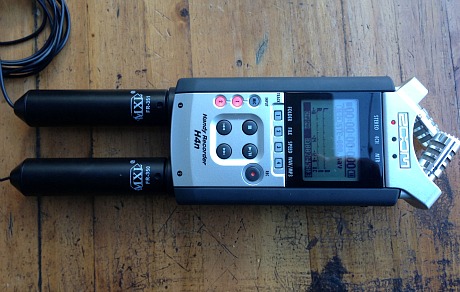 The Producers Guild of America has included Moonrise Kingdom, Beasts of the Southern Wild and Skyfall among its 10 nominees for its Best Picture award (or whatever the hell they call it…the Daryl F. Zanuck award?). The other seven are the usual-usuals — Argo, Django Unchained, Les Miserables, Life of Pi, Lincoln, Silver Linings Playbook and Zero Dark Thirty. The PGA will announce the winner at a 1.26 Beverly Hilton awards gala, which I won’t attend because I’ll be at the Santa Barbara Film Festival.

The PGA Best Picture winner and the winner of the Best Picture Oscar have been one and the same for the last five years. Since the PGA began handing out awards in 1989 or thereabouts its Best Picture choice has been iin synch with the Academy roughly two thirds of the time, or 16 times over the last 23 years. You want my guess? The PGA winner will be Silver Linings Playbook while the Academy goes for dreary, pulse-quickening Lincoln. You know why? Because the PGA just wants to sell tickets and Silver Linings Playbook hasn’t that much money yet. What? Seriously, in ’06 they gave their Best Picture award to Little Miss Sunshine so maybe they’ll vote this way again.

A good way to understand the fiscal cliff deal, according to a piece posted today by New York‘s Jonathan Chait, is to look to The Big Lebowski and to equate the three nihilists with House Republicans, or more precisely Barack Obama‘s fear that House Republicans are beyond rationality.

“The basic text for understanding this situation, as with so many situations, is The Big Lebowski,” Chait writes. “A woman has allegedly been taken hostage by nihilists (nihilists conveniently being a common point of comparison with the House Republican caucus.) Jeffrey Lebowski, the Jeff Bridges character, fears they will kill her. Walter, the John Goodman character, has already figured out that there is no hostage. Lebowski here is Obama, and Walter is Harry Reid.

“Walter is right. There is no hostage. The Republican Party was actually terrified of the no-deal scenario. Policy-wise, the alternative to a small tax hike that they agreed to was a huge tax hike that they didn’t agree to. The politics were even worse: Republicans would be blamed for higher taxes on the middle class in order to defend the rich, deepening an already severe image problem.

“Obama grasped the basic leverage over the Republicans. But he also fears the sheer nihilism of the crazy House wing, members so fanatical they cannot even seem to grasp their own political self-interest and vote coherently. Walter explains, “Without a hostage there is no ransom. That’s what ransom is. Those are the fucking rules!” Whereas Jeffrey hopes to avoid confrontation by handing the nihilists a small payment:

[the Nihilists, stunned, confer amongst themselves in German]

Donny: Are these the Nazis, Walter?
Walter Sobchak: No, Donny, these men are nihilists, there’s nothing to be afraid of.
Nihilist: Ve don’t care. Ve still vant tha money, Lebowski, or ve fuck you up.
Walter Sobchak: Fuck you. Fuck the three of you.
The Dude: Hey, cool it Walter.
Walter Sobchak: No, without a hostage, there is no ransom. That’s what ransom is. Those are the fucking rules.
Nihilist #2: His girlfriend gave up her toe!
Nihilist #3: She though we’d be getting million dollars!
Nihilist #2: Iss not fair!
Walter Sobchak: Fair? Who’s the fucking nihilist here! What are you, a bunch of fucking crybabies?
The Dude: Hey, cool it Walter. Look, pal, there never was any money. The big Lebowski gave me an empty briefcase, so take it up with him, man.
Walter Sobchak: And, I would like my undies back.

[Stunned, the Germans confer amongst themselves again]

Donny: Are they gonna hurt us, Walter?
Walter Sobchak: No, Donny. These men are cowards.
Nihilist: Okay. So we take ze money you haf on you, und ve calls it eefen.
Walter Sobchak: Fuck you.

If you’re an Italian film buff or a travelling-whore entertainment journalist, you could do worse than attend the Capri Hollywood Film Festival, which ran from 12.26 through 1.2. And it’s nice to know that 86 year-old Lina Wertmuller, the legendary director of Seven Beauties, Swept Away and The Seduction of Mimi, is the honorary chairperson of the Istituto Capri nel mondo, which organizes the festival. Ditto that Silver Linings Playbook has won four awards from the CHFF, including Best Film of the Year, Best Actor (Bradley Cooper) and the Capri Hollywood Audience Award.

And it’s noteworthy that Wertmuller has praised David O. Russell‘s film, calling it “the most brilliant romantic comedy in years, but also a real audience-pleasing movie with a heartwarming story and amazing performances.” It never hurts to shower praise on a well-made film, especially if your position requires it.

But for whatever reason (and I can’t quite put this into words after trying for ten minutes), it feels a bit queer to hear the once-great Wertmuller melt over SLP, good as it is and as much as I love it. This is a woman who once stood as a collossus, a woman who blazed a trail by fusing leftwing politics and liberated sexual issues and farcical acting styles…from the early to late ’70s Lina Wertmuller held mountains in the palm of her hands. I don’t know what I’m saying except…I don’t know what I’m saying. 35 to 40 years is a long time ago?

Hollywood Elsewhere would be very interested in prostituting itself in the service of the next Capri Hollywood Film Festival in exchange for air fare and accomodations. That’ll probably never happen with Italy being in a financial crisis and all, but if you don’t speak up…

If you do a search on Politico for “Boehner to Reid go fuck yourself,” nothing happens. And yet a Politico story about the Republican Speaker of the House having twice told the Democratic Majority Leader to do this inside the White House last Friday broke last night about 10:20 pm Pacific.

If I was writing for Late Night for David Letterman, tonight’s joke would go something like this: “So those really intense fiscal cliff negotiations…you’re all up to speed on that, right? Nobody is. Anyway, turns out that last Friday, and just outside of the Oval Office yet, John Boehner, the Republican Speaker of the House, lost his cool and walked up to the Senate’s Democratic Majority Leader Harry Reid and said, according to one well-placed source, “You worthless secretion of brown-green slime sliding down my leg under my suit pants…go fuck yourself!” To which Reid replied, “Whoa, what…whaddaya mean?” To which Boehner replied, “You heard me, you wretched contemptible piece of dogshit! Go fuck yourself!” But the quote was trimmed down for publication.”

It was the story of the night because it’s comforting to know that older men in high positions of authority, men expected to keep up appearances and maintain decorum and civility at all times, lose it just like we all do now and then, or specifically like I do when I’m having issues with one of my Macbook Pros.