Most of the people you call your “friends” are not going to tell you what you need to hear. Most of them would rather support and good-vibe you, which makes them fair-weather friends by my yardstick. “Friends” are people you like and trust as far as it goes, and with whom you share stuff on the phone and whom you invite to dinners or parties or screenings…or vice versa. But if you’ve begun to look like a beefy, middle-aged lesbian due to compulsive carb indulgence and nightly drinking and not working out enough, your friends will never say “you’ve begun to look like a beefy, middle-aged lesbian — you need to change your program.”

Two days left in Prague after today (i.e., Saturday), two and a half more in Paris and then back to New York City on Thursday. I’m not doing any tourist shit — strictly working, hiking around, eating grapes, tangerines and apples. Tonight I’m finally seeing Now You See Me, which opened yesterday or the day before. 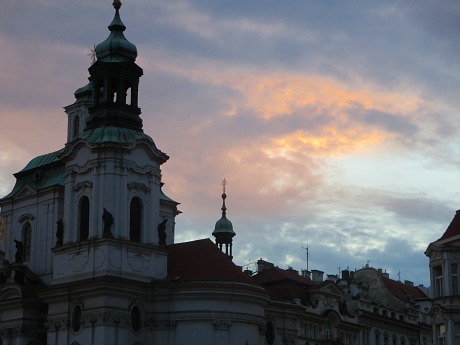 Mike Figgis‘s Internal Affairs (’90) has been Bluray-ed, but won’t be out on disc until 10.8. It’s apparently viewable right now via Amazon Prime but all streaming downloads (AP, Netflix, HBO Go) are blocked in Europe. This is precisely the kind of cop drama — character-driven, psychologically layered, smartly written — that the big studios have more or less abandoned and the indies have trouble doing with any pizazz or flair. It’s hard to believe it came out 23 years ago. Richard Gere‘s performance as the psychopathic Dennis Peck is certainly one of his career peaks and Andy Garcia‘s self-righteous, internal-affairs prig is arguably his all-time best. (Garcia is 57 today — he was about 33 when the Figgis film was shot.)

Lynn Shelton‘s Touchy Feely “is utterly devoid of narrative energy,” I wrote during last January’s Sundance Film Festival. “I started to develop an idea that it’s meant to be a piece of sly self-criticism and as such a parody of a Lynn Shelton film. (And I’m saying this as a big fan of Humpday and one who was mildly okay with Your Sister’s Sister.) I felt narcotized and worn down by Touchy Feely — it slowly vacuumed out my life force. It’s about what happens when somewhat ordinary Seattle types (i.e., people who resemble Shelton or her friends) are either suddenly gifted with exceptional powers or talents or suddenly left without them. It tries to get by on a faintly quirky Seattle sensibility, and I just sat there and slowly counted the minutes and napped for five-minute stretches.”

Following a debut at last January’s Sundance Film Festival, Lake Bell‘s In A World will play the Los Angeles Film Festival on Saturday, 5.15 — tonight. I haven’t seen it, but the trailer conveys the difference between mainstream movie-star faces and personalities and the faces and personalities that tend to populate indie-world. Bell and her costars (Demetri Martin, Fred Melamed, Michaela Watkins, Ken Marino, Rob Corddry) are intriguing and “attractive” as far as it goes, but they’re more average-looking than movie stars. Their lights don’t burn as brightly. Their faces, no offense, are metaphors for accepting and living within limits. They’re smart but somehow less vivid and engaging than their mainstream cousins.

On 8.26.12 I ran a piece about The Newsroom‘s Will McAvoy (Jeff Daniels) calling the Tea Party “the American Taliban” — an assertion that is 110% correct. But let’s remember also that British documentarian Adam Curtis pretty much owns this analogy, having presented a version of it in his 2004 documentary The Power of Nightmares.

The Tea Party and the Taliban share the following traits and/or beliefs: (a) ideological purity; (b) a pathological hatred of the U.S. government; (c) a regarding of education as a problem and in some cases a dark force as it tends to undermine the teachings of the Lord/Allah; (d) a need to control women and their bodies; (e) a fundamentalist belief in scriptural literalism; (f) a denial of science, unmoved by facts, undeterred by new information, a hostile fear of progress; (g) a regarding of compromise as weakness; (h) a tribal mentality; (i) severe xenophobia; and (j) intolerance of dissent.