20 Comments
Now That Was A Festival 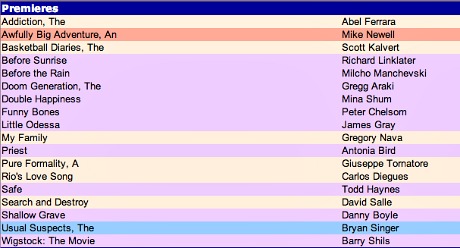 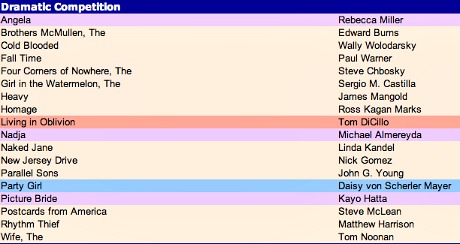 I was a decent drummer but no more than that. Okay, I was mediocre. I wanted to be Keith Moon or Charlie Watts but my gift lay elsewhere. Anyone who wants to be in a band when they’re in their early 20s can be in a band — they can give it a go and play local gigs and meet hot girls and have a good time, and if they’re as good as I was they’ll come to their senses and try something else after a year or less. Like movies or any art form, really good drummers constitute 5% to 10% of those who give it a shot. I was, however, a brilliant thigh drummer (and my old friends will back me up on this). My flat hand against the thigh was the snare, my cupped hands were the tom-toms, and the quarters and dimes in my pockets delivered the high-hat sound. 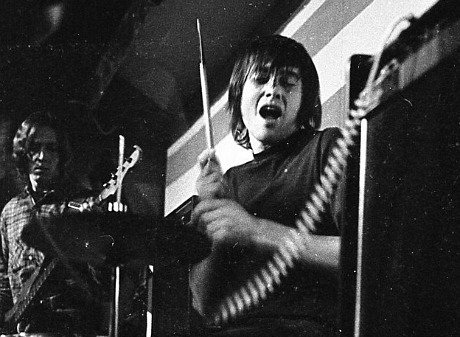 Some months ago producer and former 20th Century Fox honcho Peter Chernin spoke to producer Lynda Obst for her book, Sleepless in Hollywood: Tales of The New Abnormal in the Movie Business, and here’s how he described things: “[The] studios are frozen…terrified, not necessarily inappropriately, to do anything because they don’t know what the numbers look like.”

What they don’t know, more specifically, is “how to run a P & L” — a profit-and-loss statement for their board members — “because [they] don’t know what the DVD number is.’ The DVD number used to be half of the entire P & L!” Wait…today’s home video “numbers” are mainly about VOD and streaming before DVD/Bluray, right? Bluray is niche and DVD is strictly bargain-basement. I realize that the collapse of the DVD market four or five years ago cut heavily into profits and that VOD and streaming sales are delivering…what, a third of what the DVD market was at its height? But studio guys can’t at least project what VOD and streaming revenues will be?

A couple of days ago the Sheffield Doc/Fest screened th World Premiere of Mark Levinson‘s Particle Fever, which is basically about (I think) six scientists who managed to precisely identify and define the Higgs Boson or “God particle” — a subatomic element that informs the size and shape and contour of all physical matter, the missing cornerstone of particle physics. Its existence was proven with “the most expensive science experiment in history” in which the Large Hadron Collider was launched.

When HB was first eyeballed last July I wrote that “this is almost like the discovery of the black monolith on the moon in 2001: A Space Odyssey. And yet it’s been there all along. The supreme scientific equation…proven.” But listen to Murch talk about the topic — he puts you to sleep! If I didn’t know what this doc is about I would avoid it like the plague after watching this Murch interview. I intend to see it, of course.

Where’s the God/mystical stuff? The mention of intelligent design? The Kubrick angle? My eyelids are drooping, Walter…you’re killing me.

“The ‘intelligent design’ crowd is celebrating this all across America, you bet. I despise what Christianity has become in this country, but I happen to believe in intelligent design also, in a sense. There is obviously a unified flow and an absolute cosmic commonality in all living things and all aspects of the architecture. The difference is that I don’t attach a Bible-belt morality to this overwhelming fact. To me God is impartial, celestial, biological, mathematical, amoral, unemotional, miraculous and breathtaking.