This Fruitvale Station one-sheet is too somber looking. It suggests that Ryan Coogler‘s much-hailed film is some kind of nocturnal, melancholy mood trip about the anxiety of the African-American experience. Speaking as a major admirer, I can say without question that the poster misrepesents it, under-sells it, doesn’t entice. No offense but deep-six it. 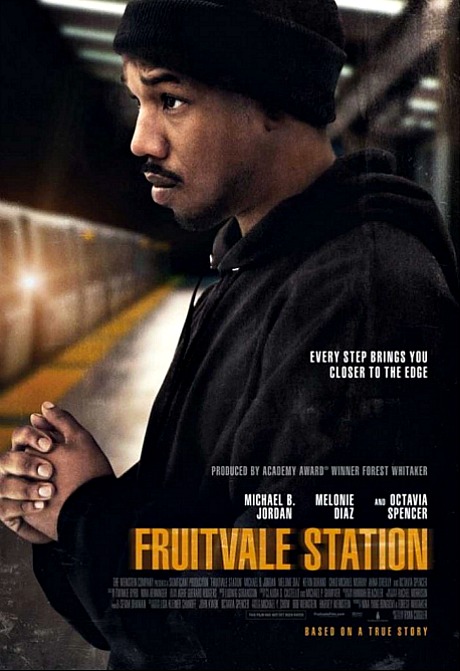 I finally saw Shawn Levy‘s The Internship last night at a Paris press screening, and I have to agree with most of the criticisms levelled by Stateside critics. I felt so hammered by the relentlessly positive attitudes of Vince Vaughn and Owen Wilson‘s salesman characters (and by the His Girl Friday velocity of their delivery) that I was exhausted by the end. The movie is one big sales pitch. And the Google signage (logo, colors, graphics) is completely oppressive — one way or another Levy and the producers should have cut down on this. I didn’t believe that guys in their early 40s would be that clueless about online stuff. Max Minghella‘s snippy villain did everything but twirl his moustache. And the formulaic story all but puts you to sleep. Almost none of it rang true. 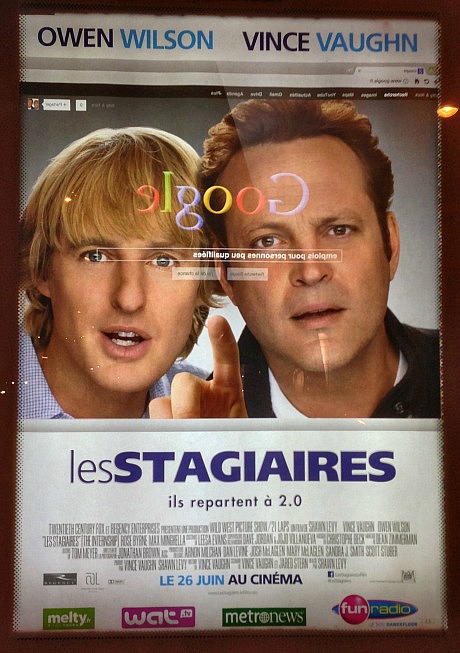 One charming exception: Wilson’s date with Rose Byrne in which he deliberately tries to act like an asshole was the only scene that made me laugh. But then the vibe was ruined when he dropped her off on Telegraph Hill (which no one in her position would be able to afford — and why does she live in San Francisco if she works on the Google campus, which is a good 45 minutes south?) and when she invited him into her apartment. She’s been blowing him off for weeks but suddenly she’s into having sex with him because she suddenly noticed earlier that day that he’s positive-minded and has shown a flair for put-on humor during dinner?

I love doing the column from Europe because your clock is way ahead of everyone in the States (especially L.A. — nine hours!). But I was asleep five or six hours ago when the biggest nuclear explosion to hit the movie and acting realm in many a moon — the sudden death of James Gandolfini, 51, in Rome — was first reported. I woke up at 5:30 am and saw the news…the fuck? WHAT? Okay, I wasn’t 100% surprised (and I’ve already been warned on Twitter to stay away from this line of thinking) but for me this is almost on the level of John Lennon‘s death in terms of its shock and untimeliness. I feel devastated. Thank God for Gandolfini’s brilliance in David Chase‘s The Sopranos and the way he conveyed those feelings of being trapped and haunted and terrified by that sense of being surrounded by goblins…he was our Hamlet, our Macbeth, our James Tyrone. Thank God I have all of that on Bluray to have and to hold.

My plane to NYC/JFK leaves around 5 pm afternoon, or about eight hours hence. One last stroll around the Place Bastille area, one last lunch at some busy-ass cafe, one or two final rides on the Metro. (I have three tickets left in my wallet — perfect.) I’m completely ready to leave but there are always those last-minute tingles of feeling, little twinges. 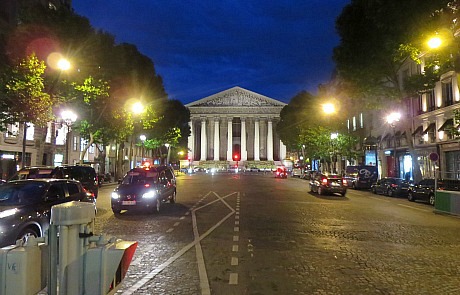 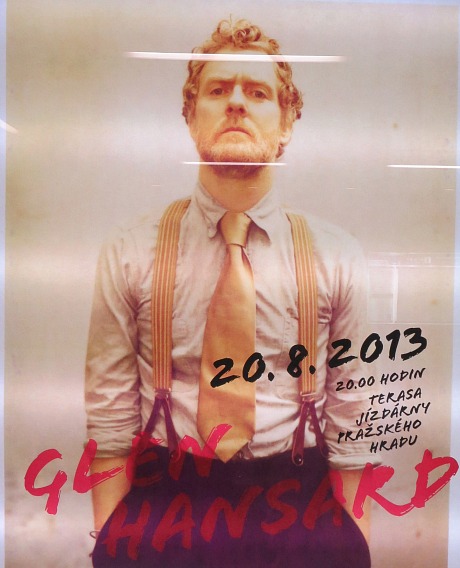