I was reminded of a famous JFK quote when I read Cathy Horyn’s 11.14 N.Y. Times piece about the legend and the whereabouts of Jackie Kennedy‘s pink suit (“a classic cardigan-style Chanel with navy lapels”) that she wore on 11.22.63. In an interview with Death of a President author William Manchester, Mrs. Kennedy recalled that her husband wanted her to make a stylistic statement during their Dallas visit. “There are going to be all these rich Republican women at [a lunch they were scheduled to attend], wearing mink coats and diamond bracelets,” JFK told her. “[So] be simple — show those cheap Texas broads what good taste really is.” 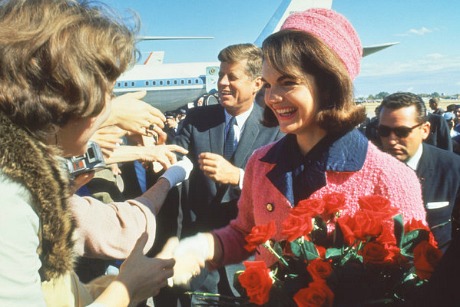 In a subsequent dispute with publishers of Manchester’s book, Mrs. Kennedy managed to dilute “cheap Texas broads” into “rich Texas broads” and then “those Texans.”

Angelo Bertolotti, the 87-year-old father of the late Brittany Murphy, is alleging that his daughter…I can’t do this. I can’t report about allegations that a 32 year-old actress whose career was on the skids may have been iced by government spooks with rat poison or insecticide…please. Especially when it’s been alleged that Murphy was killed “because she spoke out in support of Julia Davis, a Department of Homeland Security whistleblower” blah blah.

Too icky, too weird, too dicey.

Murphy’s decision to hook up with notorious conman-scumbag Simon Monjack, who curiously died five months after Murphy’s passing, clearly indicated some kind of blindspot or obsessive element in her personality. I’m now presuming (or at least entertaining the notion) that this characteristic may have been inherited.

Today (Tuesday, 11.19) we visited the 19th Century palace grounds of Vietnamese emperor Minh Mang as well as the tomb of emperor Tu Duc — both of the Nguyen dynasty, and both located to the southwest of Hue. We got rained on pretty heavily but we had umbrellas. Lotsa mud, chickens, cattle, water buffalo, banana trees and the scent of green papaya. Then we took a nice funky put-put boat ride along the Perfume River back into town. 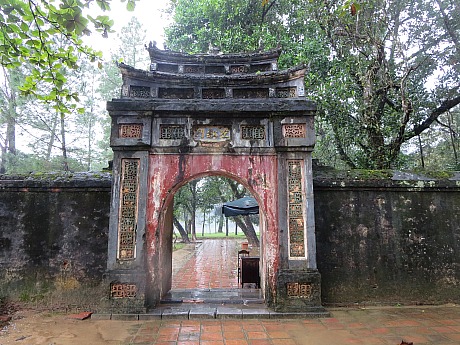 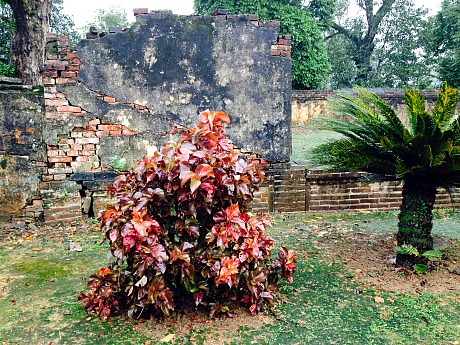 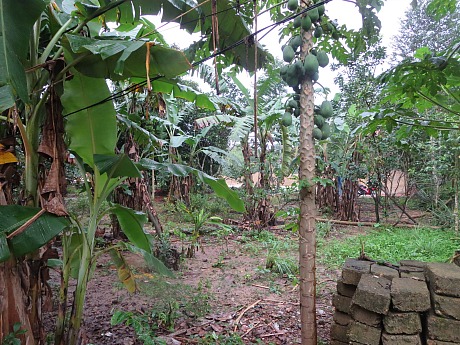 In a recent HE comment thread Variety editor Steven Gaydos suggested that the big Oscar story of the moment is whether or not All Is Lost‘s Robert Redford and Nebraska‘s Bruce Dern will both be nominated for Best Actor or — this is new — one taking the other down like in a prize fight. I’m not saying this is likely, but it’s starting to seem at least possible. Perhaps the better word is conceivable.

Conventional wisdom has maintained all along that the Academy won’t nominate two septugenarian contenders. Redford most likely but not Redford and Dern. But maybe they will? I’ve been presuming all along that Redford is the lock and Dern might land the fifth slot. The presumed pecking order is 12 years A Slave‘s Chiwetel Ejiofor, Dallas Buyers Club‘s Matthew McConaughey, Redford and Captain Phillips‘ Tom Hanks. If Dern slips in he’ll have to push his way past Wolf of Wall Street‘s Leonardo DiCaprio, The Butler‘s Forrest Whitaker and American Hustle‘s Christian Bale.

Remember when showers used to have a hot water spigot on the left, a cold water spigot on the right and one in between that determined whether the water came out of the shower head or the bathtub faucet? Remember when you didn’t have to study a manual in order to take a shower at a hotel? When you didn’t have as many options in the shower as you might find on a Boeing 777 control panel? Remember when they had little round soft-rubber plugs with chains that you could pop into the drain spout and that would be that and no bullshit? I hate these showers….hate them. The last time I took a shower with the old reliable spigots was at London’s Dorchester in 2010, when I was staying there for a Fantastic Mr. Fox junket. 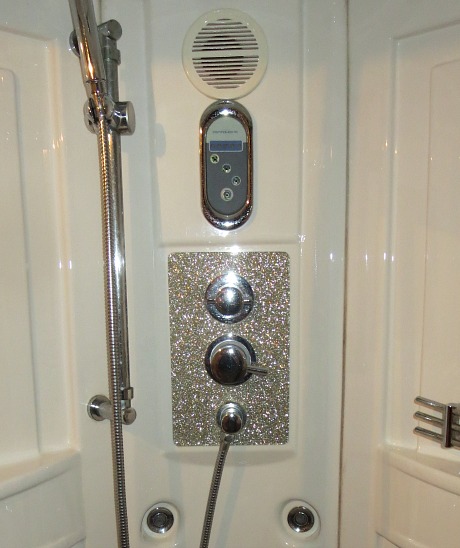 There’s no disputing that Nebraska is a huge critical favorite and a likely Best Picture contender. But now that it’s opened in New York and L.A. do any HE regulars have a problem with what I feel is a ludicrous plot device — i.e., Bruce Dern‘s Woody believing (or having willed himself into believing) that he’s won a million bucks from Publisher’s Clearing House, an outfit so laughably disreputable that it was used as the butt of a joke in Fletch, the 1985 Chevy Chase comedy?

Does anyone else believe, as Bloomberg’s Greg Evans wrote last Friday, that “anywhere else but in this movie, Woody’s quest would evidence a high level of dementia” and that Dern’s son, played by Will Forte, “could clear up all misunderstandings by producing the ludicrous [PCH] certificate, but that would pop the bubble that Nebraska so coyly blows”?

On top of which, as I wrote last May, “not one of the in-laws and old friends of Woody’s who hear about his having won a million bucks from Publisher’s Clearing House…not one of them of them raises an eyebrow or smells the faint whiff of bullshit or asks about any particulars? All they want to do is talk to Woody about him paying them money that he owes them? If a friend of mine to whom I’d lent money had told me he’s expecting to come into a lot of cash from the tooth fairy, my first reaction wouldn’t be ‘oh, great — now you can pay me back.’ My first reaction would be ‘the tooth fairy?'”

Rope of Silicon‘s Brad Brevet felt as I did when he posted his review from Cannes. Nebraska is obviously a refined, well-made film, but it’s very caught up in — and accepting of — small, snarly, scowling mentalities that don’t seem to open the door to anything all that endearing or affecting. Except for that one moment between Woody and his son in the pickup truck at the very end.