American Hustle was screened for elite journos last night and again this morning, and the rumble so far is that Jennifer Lawrence might be a Best Supporting Actress lock, and that Amy Adams is….well, some say she’s terrific and others not so much. One viewer told me that Christian Bale pretty much owns the movie. The ABSCAM-related plot involves a lot of lying and grifting and film-flammery, and is fairly entertaining. A friend of one of my sources was laughing in the beginning but then he stopped. The source also claims that the room felt a bit flat and cold when the lights came up.

“What’s the personal or emotional through-line?” I asked this person. “What’s this film about in 25 words or less?” He/she couldn’t say. “So it’s not Best Picture material?”, I said. “Nope…it might get nominated but no way will anyone mark it down as a #1 choice,” the friend replied. “But it’s got some great performances…the actors’ branch loves this stuff…and the music is great. It’s entertaining.” This person added, “You might really like it because you liked The Counselor.” To which I said “what?” He/she also described it as “a higher quality Ocean’s 11 type film.”

Compare the two voices of Vanessa Hudgens in this just-posted trailer for Ron Krauss‘s Gimme Shelter (1.24.14). As the troubled Apple Bailey, Hudgens not only looks but sounds like a raw, frazzled gutter rat. Her voice is somewhere between a howl and a moan. But in the introduction that begins the trailer, a prettied-up Hudgens speaks in that chirpy, “sexy baby” Minnie Mouse mallspeak voice that all young 21st Century women have been taught to adopt. I’m sorry but I can’t take any actress seriously who sounds like that. It negates whatever chops she might deliver within a performance. 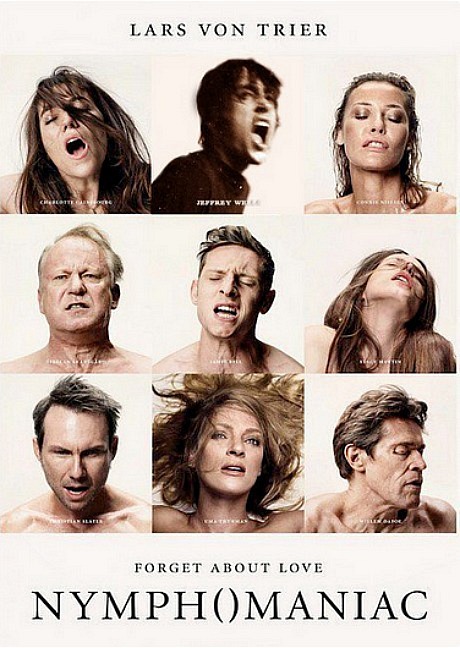 Five hours before my Seoul-to-LAX flight landed at 9 am, I dropped a couple of Ambien. I think they were 10 milligrams each. I didn’t feel much at first so I eased the seat back a tad, closed my eyes and hoped for the best. The next thing I knew we had landed and people were standing up and gathering their stuff. It was all I could do to stand up. Ambien had never hit me like this before. My sense of balance wouldn’t kick in. I felt like a woozy steer being pushed through the pen. It felt like a dream. I knew we were at LAX and that that I was walking along the hallway like a drunk. I tried like hell to stand up straight and look people in the eye and think clean thoughts. Coming down the escalator and looking at that gelatinous, shape-shifting, waterfall-like object d’art didn’t help. It took me a good hour to feel awake and attuned again.