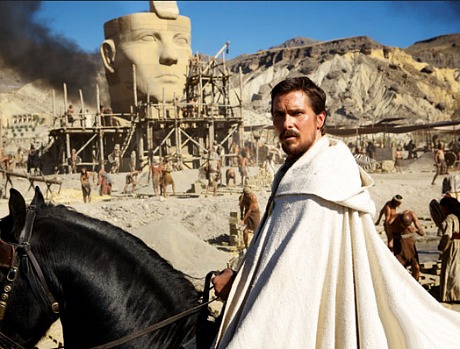 A 12.30 Kris Tapley/Hitfix story includes a significant quote from The Wolf of Wall Street star-producer Leonardo DiCaprio. Significant, that is, to the morons who feel that Wolf is revelling in amoral behavior for its own sake. Asked to comment about those “who see [the film] as more of an irresponsible glorification than a satirical takedown,” he told Hitfix that “anyone who thinks that missed the boat entirely. Anyone [who] thinks this is a celebration of Wall Street and this sort of hedonism…if anyone watches this movie, at the end of Wolf of Wall Street, they’re going to see that we’re not at all condoning this behavior.

“In fact,” DiCaprio goes on, “We’re saying that this is something that is in our very culture and it needs to be looked at and it needs to be talked about. What these characters represent in this film are ultimately everything that’s wrong with the world we live in. I’m going to be 40 years old, but I see this incessant need for consumerism and wanting more and wanting to give into every indulgence that is more rampant than ever. That shift doesn’t seem to be happening in the evolution of our species. It just seems to be getting larger and larger. So yeah, to me, look, this movie is incredibly entertaining. But what we’re talking about is, to me, a very serious subject. That’s the best way I can put it.”

If I was told by someone in control that I have to pick five Coen Bros. fims that I’ll never be allowed to see again, I would choose (in this order) The Ladykillers, The Hudsucker Proxy, True Grit, Raising Arizona and The Man Who Wasn’t There. All the rest are essential works of genius. Their two most under-rated films? Intolerable Cruelty and Burn After Reading. Kudos to Nelson Carvajal (what the eff kind of name is that? Nelson CAR-vuh-hal?) for the editing of this Indiewire montage.

It hit me this morning. What I need to do is listen over and over to this mp3 and memorize the exact sounds that come out of Leo’s mouth when he tries to say…whatever he’s trying to say. I need to get it right so I can do it at parties.

Leonardo DiCaprio‘s Wolf of Wall Street performance is the most award-worthy of his 21-year film career, hands down. Pogo-stick, crackling, blitzkreig. Chalk up another proud moment for the Academy when they deny him a nomination. Whenever anyone asks me what his best work is, I’ll always say Wolf but I’ll also mention his performance= as Jim Carroll in The Basketball Diaries (’95), which I’ve only seen once. And which is also animated by depictions of drug addiction. Here’s a small-time robbery scene he shares with Mark Wahlberg and…what’s his name, James Madio? This “ma, please let me in” scene is also classic. First-rate ’90s indie. Whatever happened to Scott Kalvert, the director?