Writers Guild nominees were announced today, and once more (in the wake of yesterday’s Producers Guild nominations) the screenplay for Joel and Ethan Coen‘s Inside Llewyn Davis got the back of the hand. Original Screenplay noms: American Hustle, Blue Jasmine, Dallas Buyers Club, Her, Nebraska. Adapted Screenplay noms: August: Osage County, Before Midnight, Captain Phillips, Lone Survivor, The Wolf of Wall Street. Documentary Screenplay noms: Dirty Wars, Herblock — The Black & The White, No Place on Earth, Stories We Tell, We Steal Secrets: The Story of Wikileaks.

New Yorker film critic Richard Brody has written another eloquent explanation-and-defense of Martin Scorsese‘s The Wolf of Wall Street. Read the whole piece, of course, but my favorite paragraph is at the end: “The movie’s detractors will, in the light of history, look as ridiculous as those who, in the early nineteen-thirties, decried Howard Hawks’s Scarface, requiring that it be released with a didactic prologue, a didactic insert, a didactic ending, and a subtitle (‘The Shame of a Nation’).”

There are several producers and distributors who are true Movie Catholics — who really believe in movies as a delivery device for excitement, opening minds, spreading wisdom, spiritual transportation, etc. Two of the best, surely, are producers Scott Rudin (Inside Llewyn Davis, The Grand Budapest Hotel, Captain Phillips, Frances Ha, Margaret, Moneyball, The Social Network) and Annapurna’s Megan Ellison (Her, American Hustle, Foxcatcher, Zero Dark Thirty, Killing Them Softly, Spring Breakers, The Master). These two have to be regarded as Kings of the Hill. 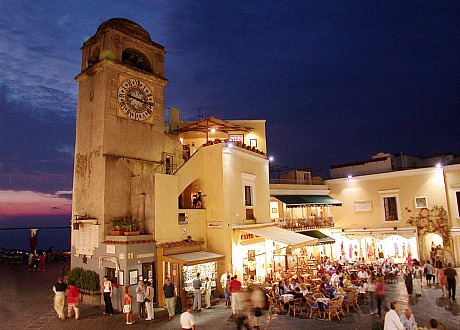 The Smoking Gun has posted a Los Angeles coroner report that says Roger Rojas, the financial advisor and car-shop owner whose faulty driving killed Paul Walker on November 30th, was driving over 100 mph. Not on a highway but on a two-lane public road where the speed limit was something like 45 mph. In a high-torque Porsche notorious for being difficult to handle at high speeds. Rojas was different, you see. He was special and cool, a God at the wheel, an immaculate reincarnation of Steve McQueen. Brilliant. Enjoy eternity, pal.

The Nymphamaniac Berlin Film Festival situation is a bit confusing. It’s also a little maddening in terms of scheduling. On one hand the two-part theatrical release version now showing in certain parts of northern Europe (and due to open in the U.S. in March) runs four hours, but the Guardian and other news orgs reported on 12.17 that a more explicit five-and-a-half hour version will premiere at the Berlinale. At the same time the Guardian quoted festival director Dieter Kosslick as saying that Berlinale audiences “will be the first to see the long uncut version of Nymphomaniac Volume I.” This obviously suggests that Part II won’t be shown, however long that may be. (Right?) So the uncut Part I is five and a half hours and Part II is God knows how long, which means the whole magilla will actually run…what, eight hours?

The following is posted on the Nymphomaniac Facebook page: “I see there is some confusion here so let me break it down: Nymphomaniac has been split into 2 parts. There is a version, the ‘Lars version’ if you will, that runs 5 and 1/2 hours. This has been split into 2 parts will be 2 and 1/2 hours for part 1 and 3 hours for part 2. The first part of this version is the one being screened at the Berlin Film Festival.”