In the realm of press releases no word is more phony sounding than “excited.” Whenever someone is hired by a company of any size they’re always, always “excited” about a great opportunity; ditto their employers; ditto any creative or business person or senior management type embarking on any entrepreneurial, cooperative or corporate venture. “Excited” is so ubiquitous it’s almost scary. Because people in the business world refuse, bizarrely, to use any other word. Like it’s some kind of code. It’s so commonly used you can pretty much count on the person using it being…I don’t want to say they’re a political zombie but they’re certainly looking to blend in. I’m serious — anyone who says “I am very excited about this opportunity” in a press release can and should automatically be perceived as a joiner, a go-alonger, a Zelig, a drone. If you’ve seen the John Carpenter film They Live, you know what kind of person I’m talking about. Why am I the only person who’s ever mentioned this? (I riffed on it three or four years ago.)

The following portion of Dr. Svet Atanasov‘s July 2011 review of Optimum’s Don’t Look Now Bluray was music to my ears: “Unfortunately, I must speculate that additional corrections were performed that have affected its integrity“…yes! “Specifically, a layer of occasionally thick machine noise has been applied, possibly to sharpen the image and reduce film grain, which has a tendency to degrade detail and clarity”…oh, come on, it’s not that bad! “On medium size screens (52″ to 55”), the majority of the subtle image degradations would likely remain unnoticed by most viewers, though the sporadic harshness of the image would still bother those who are sensitive to post-production sharpening”…not me, Svet! I watched this Region-2 Bluray last night, and if you ask me Svet is a nitpicking whiner. Yes, there are traces of digital scrubbing but the grain is reduced and that’s what counts. (Nobody loathes grainstorms like yours truly…I am the king of that aesthetic.) It’s not a great-looking Bluray but it’s mostly a very handsome transfer of a classic chiller. I honestly don’t think I’ve ever seen it look this good, even with the digital noise. Seriously. Tonight: Billy Liar and Sunrise. 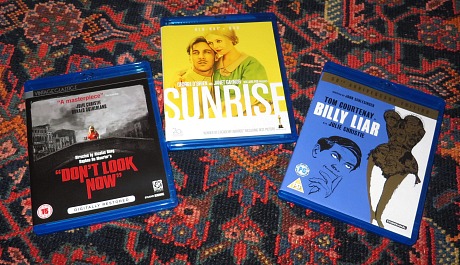 I was standing next to the great Bruce Dern at last Saturday night’s Palm Spring Film Festival gala. He was wearing a tux, smiling and chatting, posing for photos. And I happened to look down and notice that he wasn’t wearing a pair of uptown Bruno Magli or John Varvatos or even Florsheim evening shoes (shiny black leather, a genuine or pseudo-Italian “statement”, lace-ups or buckles) but what looked like black running shoes or, worse, orthopedic comfort shoes. Right away I came up with my own Dernsy: “Jesus, I love the guy…he’s gotta be the greatest raconteur in the world and his Oscar campaign has been inspired, and then he kinda screws it up — in the eyes of discerning journalists, at least — a little bit anyway — by wearing old man shoes!” 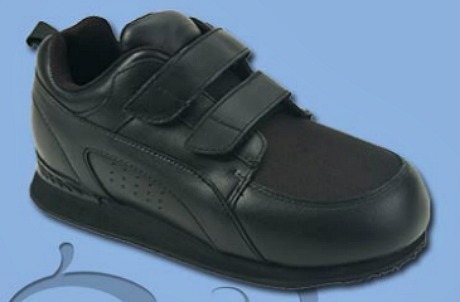 Let me explain something: I’ve walked around the streets of Rome, Milan and Florence on warm evenings, and white-haired Italian guys never, EVER wear comfort shoes. It’s a point of pride. They would rather be stricken with a heart attack and collapse on the street than wear those clunky things. I’m not saying old guys can’t wear comfortable shoes at home or while walking around the neighborhood or the mall, but when you’re out at night and hanging with the swells you have to wear classy, high-style, Cary Grant-at-El Morocco footwear, even if it hurts. Even if it shortens your life.”

“It’s not hyperbole to suggest that [Matthew] McConaughey will win every award for which he is eligible, both because he is a Movie Star stooping to work in television, and because he is jaw-droppingly great. McConaughey has reinvented himself in the last few years, using his leading man swagger in service to each performance, rather than a substitute for one. Even if nothing else about True Detective worked — and so much of it works spectacularly — McConaughey would be worth the price of admission. (Harrelson’s terrific in his own right, and could also win many trophies if he’s willing to position himself as a supporting actor, even though they’re both clear leads.) — from Alan Sepinwall‘s review of HBO’s True Detective (debuting on Sunday, 2.12).

The 2014 South by Southwest Film Festival (.3.7 to 3.15) will kick things off with Jon Favreau‘s Chef (Open Road, 5.9), a formulaic-sounding comedy about a high-class chef (Favreau) experiencing career failure and rebirth through a food-truck business. Then again it seems likely that Favreau — the star, director, producer and writer — will inject some serious foodie passion. On the other hand my cockatoo sensibility would be happier with a thinner guy in the kitchen. Favreau may or may not be the most calorically challenged of today’s big-time movie directors, but he clearly loves to eat as much as make movies or anything else. Good cast — Robert Downey, Jr., Scarlett Johansson, Sofía Vergara, Dustin Hoffman, John Leguizamo, Bobby Cannavale, Garry Shandling, Amy Sedaris and Oliver Platt. Wiki thumbnail: “When Miami-born chef Carl Casper (Favreau) tries and fails to open a restaurant in Los Angeles, he returns to Miami to fix up a food truck he names El Jefe Cubanos and reacquaints with his ex-wife (Vergara). He plans to drive across the country to reclaim his success in L.A.” 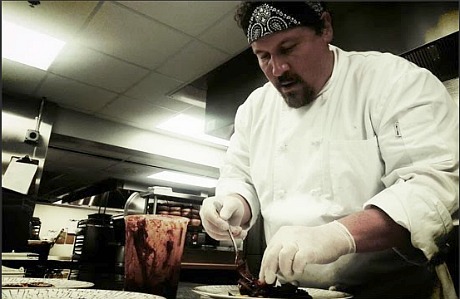 Bruce Dern isn’t competing against Matthew McConaughey for a Golden Globe award. The Nebraska star has been nominated for Best Actor, Comedy/Musical while the Dallas Buyers Club star is up for Best Actor, Drama. But they’ll almost certainly be eyeball-to-eyeball in the Oscar race, and the real competition, of course, won’t be about their performances as much as their campaign narratives.

Dern’s, of course, is “I finally got to be an award-nominated lead actor at age 77 after a lifetime of supporting roles — you too can be a lead in your own life!” McConaughey’s is “I was a Texas bongo party-boy actor who almost drowned in a Kate Hudson romcom swamp, but three years ago I decided to reinvent myself and got into quality stuff (Bernie, Magic Mike, Mud, Dalls Buyers, Wolf of Wall Street, HBO’s True Detective) and look at me now! McConaissance!”

The word on MM’s performance in HBO’s True Detective is so good that it might put him over the top in the best Actor Oscar race….maybe.