4 Comments
Nine And A Half

A couple of hours ago HE tech guy Dylan Wells (a) inserted a rectangular Facebook button next to the Twitter button and (b) shifted the search bar to the left side, or just under the logo. Next August will be HE’s tenth anniversary.

A warm and extraordinary story of how a frowning, middle-aged, brillo-haired scold tried to berate kindly Walt Disney and his creative team into removing the songs and the animated penguins from Mary Poppins, and how the smiling forces of bubbly musical happiness pushed back and resisted these efforts…thank God! The frowning scold finally went home, and then three years later she invited herself to the Poppins premiere at Grauman’s Chinese. Your heart will melt, your spirit will soar.

An “ironic” American Hustle gold chain and pendant arrived today along with a soundtrack CD. A harmless little promotional nudge…fine. But what are you supposed to do with it? Certainly not wear it. Even in an ironic context ugly bling is ugly bling. There hasn’t been a lot of swag this season. Or at least none that I’ve been the recipient of. Where are the plastic bottles containing 25 or 30 fake Lemmon 714s from Paramount? That would be awesome. A great party item. Not that I want this stuff in my life. But whatever arrives, you want it to either (a) edible or (b) of some practical use or (c) aesthetically agreeable. Or a comination of all three. 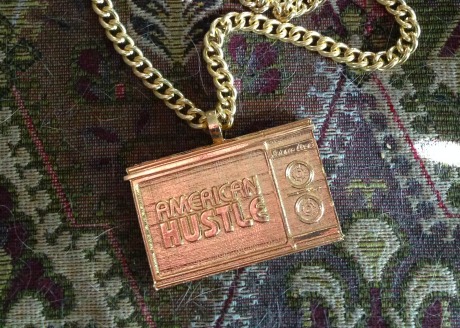 Every day 25% to 35% of HE comments are smart, witty, thoughtful, etc. If there’s a dispute or a rant of some kind the authors try to express it clearly and concisely. If there’s some kind of dry, satirical thrust to an article or riff I’ve written, these people will usually get this and acknowledge same by kicking the humor around or turning the tables in some other direction. Okay, maybe 40% of responders respond this way on a good day. But over half of HE responders, I’ve noticed, tend to ignore or dismiss pretty much everything I write. Their agenda is the same no matter what — dismissals, low-rent snark, bad jokes, scolding acid baths, hellfire-and-brimstone sermons, spray piss, therapeutic counseling and other ways of taking rhetorical dumps. Pure kneejerk. I’m just taking a moment to offer sincere thanks to the minority that engages with intelligence and perception and a semblance of respect. What I do is hard to define but I know it’s not the usual usual. Blunt replies, fine. Shoot from the hip, go to town. Harshly phrased arguments, okay. But not every single thing is a fucking joke. Seriously — without sincere responders writing this daily column would be awful. Your voices are heard daily and very much appreciated.

Martin Scorsese‘s The Wolf of Wall Street “is not just the funniest [film he’s] ever made but the first in which there is an authentic daring,” writes New Republic critic David Thomson in a 1.9.14 post. “The film is so much plainer than Casino or GoodFellas; the jukebox of hits fades in and out but doesn’t insist that we guzzle on its high-octane drive. The nerve-wracked Scorsese has made not just a comedy of situation and language, of dementia and stupidity, but even a physical farce. There is a sequence where Jordan Belfort, luded to the gills, has to get home from the country club in his white sports car. It is a slapstick tour de force that deserves to stand with Jerry Lewis and Laurel & Hardy. The Wolf of Wall Street is a transforming celebration of Leonardo DiCaprio that annihilates the lofty emptiness of The Great Gatsby.”

That kicker riff right after Leo’s final howl says to the viewer “get it?” If you ask me Paramount’s marketing team is basically saying “we’re not afraid of the Academy’s Hope Holiday voters…we’re not trying to mollify or soft-peddle the content of The Wolf of Wall Street…our movie owns the crazy…the water in the face is but one aspect or manifestation of this year’s ‘I drink your milkshake!’ marketing campaign for an edgy film. We are what we are, Marty’s movie is what it is and yes, Jordan Belfort‘s life really was this manic and insane but it’s still a metaphor, man…either you get it or you don’t.”

For years the annual awards handed out by the American Cinema Editors have been called “the Eddies.” Simple enough, accepted by all. I don’t know who suggested they should be re-named the Eddie Haskell Awards, but it’s obviously a lame idea. The name Eddie Haskell, synonymous with smarmy unctuous behavior, contains no allusion to film editing and…well, it just makes no sense at all. (I’ve read that the 70 year-old Ken Osmond, who portrayed Haskell on the ’50s TV series Leave It To Beaver, has requested that the ACE board of directors drop the idea and continue to call the awards the plain old “Eddies.”)

In any event the 64th annual Eddie noms, which reflect the same group-think, consensus-driven, kiss-ass mentality that has pervaded all award-bestowing industry orgs, are as follows: Best Edited Feature Film (Dramatic): 12 Years a Slave, Captain Phillips, Gravity, Her, Saving Mr. Banks. Best Edited Feature Film (Comedy or Musical): American Hustle, August: Osage County, Inside Llewyn Davis, Nebraska, The Wolf of Wall Street. Best…I can’t do this. It’s just another aspect of the same consensus choices that everyone else has focused upon. Here’s an Awards Daily rundown.

Yes, I know — a Best Picture Oscar nominee that hasn’t been nominated for Best Editing is presumed not to have as good as chance as one that has been so nominated, etc.

All I can say is that it was a lot more fun making up stupid shit about Eddie Haskell than reciting and reprinting the facts. Becket, I’m bored. 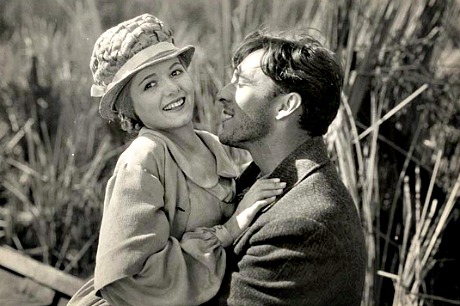 Nobody can fathom why Shia Lebeouf simply didn’t admit to “sampling” a Daniel Clowes comic-book character (i.e., Justin M. Damiano) at the beginning of HowardCantour.com, his recently released short film. All he had to do was say “ripped off from Daniel Clowes…due respect but this was the process.” But no — he tried to pass it off as an original.

In any event, Lebeouf has now tweeted that he’s “retiring from all public life.” Not really. He’s just an emotional guy who’s throwing up his hands and saying “fuck it” for the time being. He’s feeling heavily assaulted and is basically taking a vacation from the slings and arrows. He’ll be back in a year or so. His Clowes plagiarism thing was an artistic felony, of course, but he presumably learned a lesson. I’m guessing that he’s retiring like Frank Sinatra retired in ’68 and like Steven Soderbergh is retired now.

A black-and-white version of this Apocalypse Now art appeared in the N.Y. Times Sunday Arts & Leisure section a week or so before Francis Coppola‘s epic opened on 8.15.79. To my knowledge it was never used again — not as a one-sheet during the theatrical run, and not on any jacket art for VHS, laser disc, DVD or Bluray versions, etc. I was living back then in a cockroach-infested Sullivan Street two-room flat and working at the Spring Street Bar & Grill. I clearly remember seeing this ad and saying to myself “Wow, this is gonna be good.” 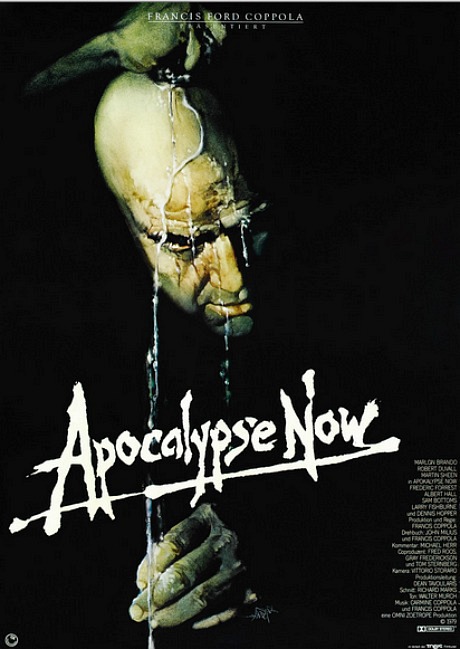