I was going to say something like “I have too much respect for Robin Williams‘ talent and particularly what he achieved in his heyday to post an Entertainment Tonight quickie teaser for Merry Friggin’ Christmas (Phase 4, 11.7), which is obviously second-tier.” But another impulse won. Boilerplate: “Boyd Mitchler (Joel McHale) and his family must spend Christmas with his estranged family of misfits. Upon realizing that he left all his son’s gifts at home, he hits the road with his dad (Williams) in an attempt to make the eight-hour round trip before sunrise.” Costarring Lauren Graham, Wendi McLendon-Covey, Ryan Lee, Candice Bergen and Pierce Gagnon. 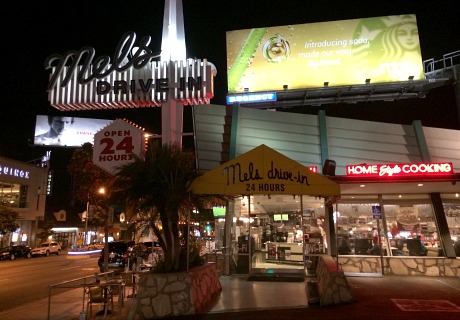 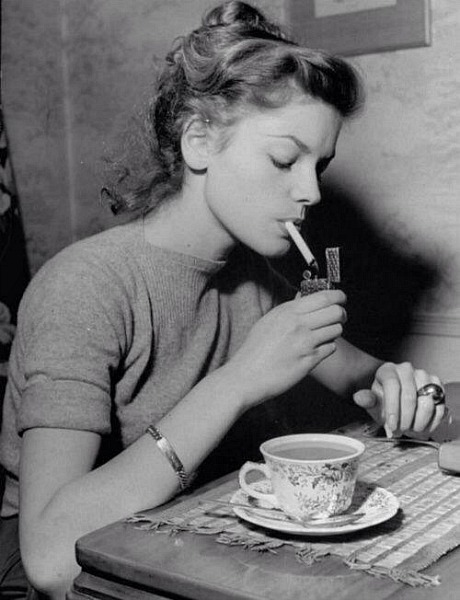 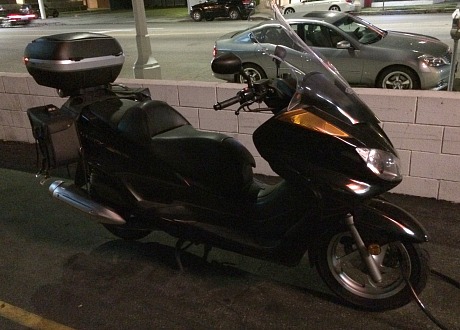 This hefty-sized Yamaha 400 scooter has changed my mobile life in Los Angeles. It’s a pleasure getting around. It’s made me happier, I think. Going anywhere is at least 30% faster than with the car, sometimes 50%. The car is henceforth for rain or extreme cold and that’s all.
August 13, 2014 5:10 pmby Jeffrey Wells
14 Comments
Unwords

“Genius” and “magic” are two words that I really, really don’t like. Too many questionable, less-than-reputable people (i.e., peripheral showbiz assholes) have used them too many times. It’s generally understood that these words have been permanently contaminated by this usage, and it’s therefore understood by smart, more-or-less-together people — people who “get it” — to not use these words for the next, oh, 50 years or so. “Genius” is slightly worse than “magic” but only slightly. They’re both really quite awful. I’m saying this with a certain affection for Are You There? director-writer Matthew Weiner, who says the “m” word in the opening minutes of this interview with HuffPostLive‘s Ricky Camilleri. Just watch it — that’s all I’m saying.

30 Comments
Just To Be Clear

Obviously I’m focused on which films might lead the Best Picture pack or are likely to win awards in other categories during the coming season. But it’s not the winning as much as the savoring and, yes, the arguing. 70% savoring, 30% arguing. The bottom line is that an amazing cavalcade of cool-sounding films are either opening or being shown at festivals between 8.29 and 12.31, an average of ten noteworthy-or-better films per month. We’re also going to see one small-arms skirmish after another. “Each movie is its own little war,” David Poland once said, except he really meant “battle.” The important thing is to fight clean and not gang up on a film with baseball bats and the throwing of political mudballs, which is what happened to poor Zero Dark Thirty.

I’m obviously way late to this Proctor & Gamble video piece about female self-image and the use of the term “like a girl,” all in the service of selling Always, a line of absorbent hygiene pads for women. The ad broke sometime on 6.26 and here it is six weeks later. But it’s really something. Cheers to “Like a Girl” director Lauren Greenfield, who helmed The Queen of Versailles. Thanks to Awards Daily‘s Ryan Adams for providing a link.

I’m presuming that Grantland‘s Mark Harris, author of perhaps the most widely-referenced meta-utterance of last year’s award season and perhaps of all award seasons to come (i.e., “It’s September, for God’s sake”), is quite reasonably waiting to see a few of the presumed award-season heavies before writing about the shape of things. An entirely adult and prudent approach. But we’re living in fast times. Unstable, spitbally, lunging, a bit wild. If I had my druthers Harris would throw caution to the wind and tap out 1200 speculative words right effing now about the Best Picture conversation and which leading and supporting performances appear (based on trailers, scripts, loose chatter) to have the heat. He’s put his finger to the wind and probably knows as much as I do (or almost as much) and I’ve written tens of thousands of words about the season already and it’s only mid-August, for God’s sake. Why did I really write this? An HE reader created the illustration below and I wanted to post something with it. 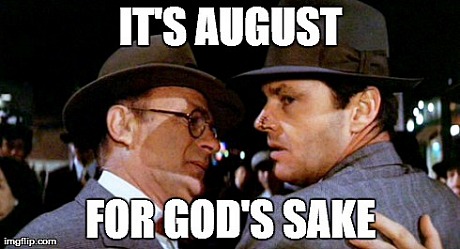 We’d already been told about the 52nd NY Film Festival highlights — David Fincher‘s Gone Girl to open, Paul Thomas Anderson‘s Inherent Vice for the centerpiece and Alejandro Gonzalez Inarritu‘s Birdman to close. I knew that many if not most of the remaining selections would be…what is the phrase?…”tastefully curated” given the ivory-tower likings of the selection committee. And yet a portion of the 52nd NYFF slate seems a little…what, livelier? A little raunchier and more rabbit-holey? In years past the mission had been to show aesthetically correct “spinach” movies apart from the headliners and the odd perversities (like this year’s decision to screen David Cronenberg‘s Maps to the Stars, which I saw and quite admired in Cannes).

The basic brand hasn’t changed, of course. People still buy NYFF tickets so they can partake in or at least listen to that rarified 65th Street conversation. They want their nourishment fix from the “right” kind of filmmakers, which in many instances means watching films that have recently played in Cannes…you know what I mean. There are only so many slices in a pie in any given film year. I’m a fool for the NYFF myself. I’ve been attending since ’77. I love hanging outside Alice Tully Hall at dusk before a hot-ticket screening and chatting with the know-it-alls.

Before this morning’s announcement the only “could it possibly happen?” questions were (a) would David Ayer‘s Fury, recently spun by N.Y. Times reporter Michael Cieply as a possible Best Picture contender and now opening in mid-October (or just after the NYFF concludes), snag a last-minute slot, and (b) would Martin Scorsese and David Tedeschi‘s The 50-Year Argument, a 97-minute doc about the N.Y. Review of Books, get some kind of peek-out screening prior to the 9.29 HBO debut?

The answer to both, for now, is apparently nix. The NYFF guys wanted to see Fury, I’m told, but it wasn’t ready in time. (Apparently Cieply was only shown portions of Ayer’s film.) Given the close relationship between Scorsese and NYFF director Kent Jones (they made the brilliant Letter to Elia together) I’d be surprised if it isn’t given some kind of surprise slot but…well, maybe not.