In The Age of Adaline (Lionsgate, 4.24.15), everlasting youth is apparently offered as a pleasant fantasy for the female demographic. Dorian Gray lite, Forrest Gump serendipity…something like that. And yet a similar idea in “Long Live Walter Jameson,” a 1960 Twilight Zone episode, delivered a darker, creepier vibe.

In a just-posted piece about how the immediacy of online conversations and judgments brought about the downfall of Bill Cosby, Indiewire‘s Anne Thompson links to a Guardian piece by Lili Loofburow. The piece argues, Thompson says, “that TV recap culture has created an ‘ethical community’ of viewers, who engage with [TV] shows not just as entertainment, but as cultural texts.” Excuse me but I’ve been looking at movies this way my whole life. It’s a very rare film that isn’t a cultural text or artifact or reflection of something or other. Are there any film fanatics who don’t feel this way? No film exists as a stand-alone fantasy that evaporates when it’s over. Okay, some do, but most don’t. All films are about echoes, meditations, ping-backs. Morality, cultural character, sexual politics, political winds…you name it. No movie is an island. Everything, like, reflects everything.

“Not every Mike Nichols production was great. The first time I met him was in 1975, when, as a fledgling magazine writer, I spent days on the Culver City lot where he was shooting The Fortune, a seemingly can’t-miss period comedy starring Jack Nicholson and Warren Beatty. It missed by a mile, an outcome that seemed apparent to Nichols as well. But again, as I could now see in close-up, he was relentless in trying to fix it, never forsaking his urbane optimism and preternatural calm. As befit a former performer, he showed extraordinary patience with actors, including at least one who had a habit of turning up late and not always in peak condition.” — from Frank Rich’s Vulture piece about the late director, posted late this morning. 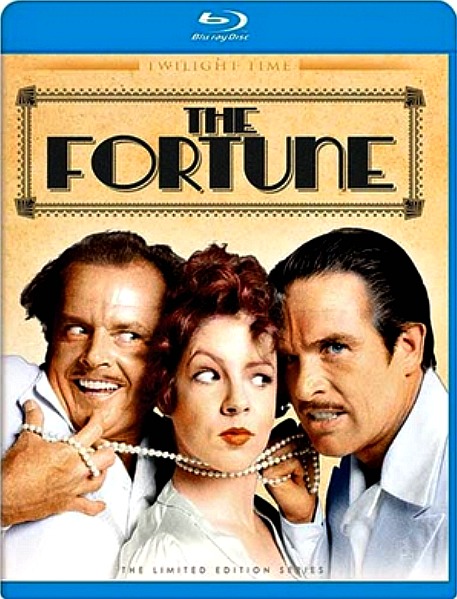 The exaggerated expressions worn by Warren Beatty and especially by Jack Nicholson suggest why Mike Nichols‘ The Fortune didn’t work. They were more or less trying to inhabit or reanimate the spirits of Laurel and Hardy, or so it seemed. A limited edition Twilight Time Bluray is streeting early next month (I think…Screen Archives doesn’t like to post dates).
November 20, 2014 2:03 pmby Jeffrey Wells

49 Comments
Pure As The Driven Snow

Forget the award-season bunker mentality, forget the odds, forget handicapping and definitely forget the passions of Joe Popcorn. For herewith is my almost final list of 2014’s finest films, totalling 23 and compiled with a focus on world-class coolness, aesthetic exceptionalism and serious envelope-pushing originality. Obviously I’ll update after seeing Unbroken, Into The Woods, Winter Sleep and Big Eyes. These are the personal bests that I’ll be happy to own in some high-def form (Bluray, Vudu HDX, whatever) and will be watching from time to time in years to come. It’s funny how the movies you’re supposed to like or are obliged to publicly support kind of fall away when you take yourself into a purist frame of mind. I’m not 100% locked into this order but it’s close to this:

Some are truly gifted, and if those in that small, choice fraternity are tenacious and lucky and sometimes scrappy enough, they get to develop their gift and turn what they have inside into works that matter for people of all stripes and philsophies. And then there are those gifted types who are fortunate enough to catch a certain inspiration at the right point in their lives, which turns into a wave that carries and defines their finest work for all time to come. This was how things pretty much went for the late and great Mike Nichols, who passed yesterday from a heart attack.

His film-directing career (which alternated from time to time with directing and producing hit Broadway plays), which was flourishy and satisfying and sometimes connected with the profound, lasted from the mid ’60s to mid aughts. Nichols had a touch and a style that everyone seemed to recognize, a certain mixture of sophisticated urban comedy and general gravitas. His first gusher was Who’s Afraid of Virginia Wolff in 1966, and his last truly excellent film was HBO’s Angels in America. If you add Nichols’ brilliant early ’60s stand-up comedy period with Elaine May he really was Mr. King Shit for the better part of a half-century.

But Nichols’ most profound filmic output lasted for eight or nine years, or roughly ’66 through ’74 or ’75 — a chapter known for a certain stylistic signature mixed with an intense and somewhat tortured psychology that came from his European Jewish roots. Longtime Nichols collaborator Richard Sylbert, whom I knew fairly well from the late ’80s to the early aughts, explained it to me once. Nichols had developed that static, ultra-carefully composed, long-take visual approach that we saw in The Graduate, Catch 22, Carnal Knowledge, Day of the Dolphin and The Fortune, and this signature was, Sylbert believed, what elevated Nichols into the Movie God realm.

And then Nichols suffered a kind of crisis or collapse of the spirit after the double-flop of Dolphin and Fortune, and he withdrew from feature films for eight years, doing little or nothing for a certain period and then focusing on plays for the most part. He rebounded big-time with Silkwood in ’83, but the way he shot and paced that successful, well-reviewed drama showed that the great stylistic signature of his mid ’60s to mid ’70s films was no more. The ever-gifted Nichols never lost his sensitivity or refinement, but the anguished artist phase had ended.