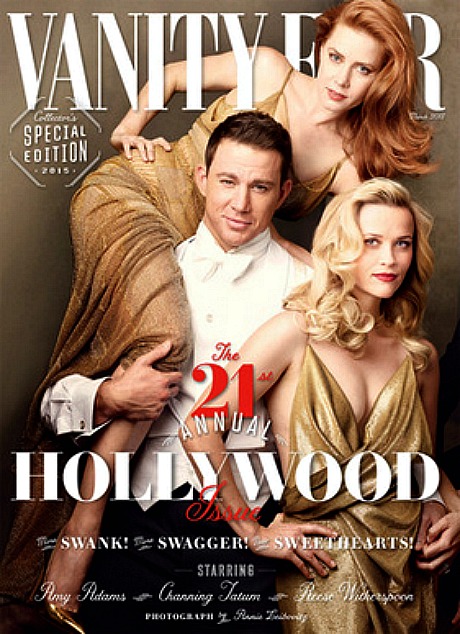 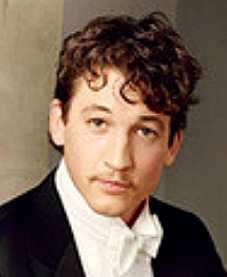 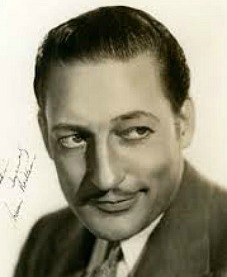 (l.) Miles Teller with faint moustache on cover of new Vanity Fair Hollywood issue; (r.) Warren William, a.k.a. “King of Pre-Code”, specialized in rakes and villains, peaked during the ’30s. 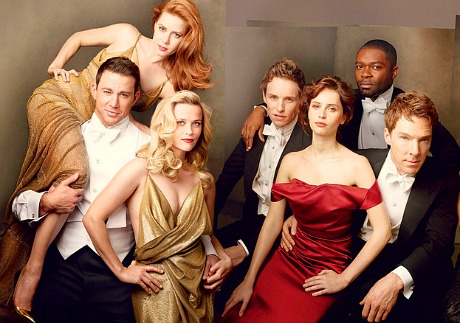 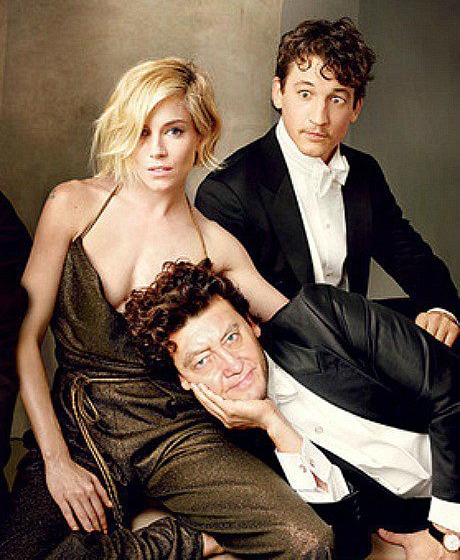 “The Imitation Game is far from a brave movie in any way when it comes to Alan Turing’s personal life,” says The Daily Beast‘s Tim Teeman in 2.3 article called “The Imitation Game‘s Big Gay Lie.” “It backtracks on his sexuality, and for [the film to] to now wear its gay-pride badge to get liberals on side for Oscars votes is laughable and ludicrous.

“To boil it down: fantastic campaign, but the most cowardly, wrong-headed film to hang it on.”

The Weinstein Company release “focuses on the cornerstone of Turing’s work, cracking the German Enigma Code of World War II,” Teeman notes, “[but it] barely addresses Turing’s sexuality. We see no relationships, no trysts, no sex — and this from a film that now wants the repeal of convictions of men like Turing persecuted under a law based around gay sex.”

“Set in some kind of verdant, overgrown, foreclosed-upon urban shithole pockmarked with abandoned homes and scuzzy buildings, Lost River is really out there and a lot of it (okay, most of it) is driven by what could politely be called dream logic. That’s a nice way of saying some of it doesn’t make a lot of basic sense. There are mentions of a collapsed economy and a woman having taken out a home loan that she shouldn’t have so it’s obviously a post-2008 realm. There are predatory creeps roaming around like the feral bad guys in Robocop, and there are little pockets of normality and decency and respect for life and property. There are things that happen every so often without apparent motivation but with films like this you have to roll with the imaginative flow.” — from my 5.20.14 Cannes Film Festival review. 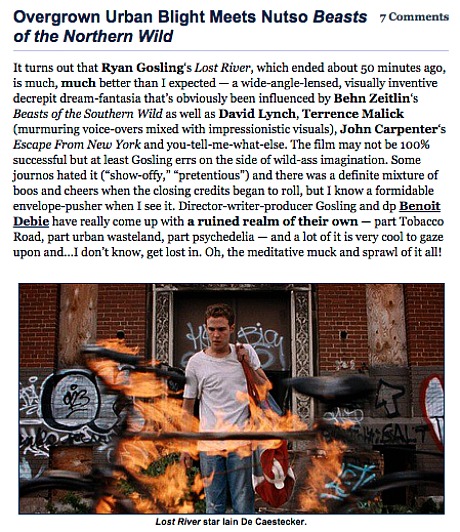 No Exit “is a depiction of the afterlife in which three deceased characters are punished by being locked into a room together for eternity. It is the source of Sartre’s especially famous and often misinterpreted quotation ‘L’enfer, c’est les autres’ or ‘Hell is other people’, a reference to Sartre’s ideas about the perpetual ontological struggle of being caused to see oneself as an object in the world of another’s consciousness.”

An Instagram post indicates these shoes are owned and being worn by Todd Gilchrist, film critic for TheWrap, The Verge and The Playlist. I realize some might say I’m no one to talk with my fondness for canary-yellow sneakers, but these are the ugliest shoes I’ve ever seen in my life, hands down. I used to think that gray cross-training shoes were the worst…no longer! Light yellow, light teal, pink and dark blue with a revolting light gray sole. Just saying. Wow. 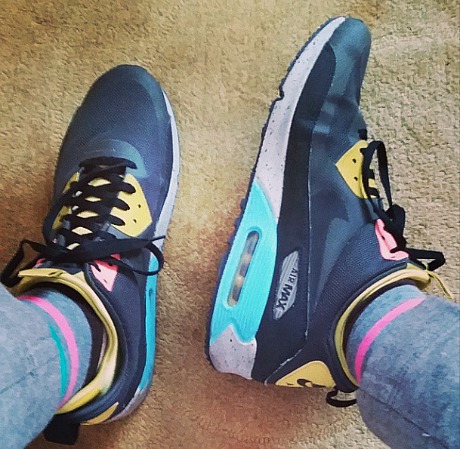 This insert shot from Rosemary’s Baby lasts for a good three or four seconds, and for a reason. You’re supposed to read this half-sentence and go “what does this mean?” It’s from a journal kept by a recently-deceased elderly woman who had come to know (or more precisely “associate” herself with) Roman and Minnie Castevet, her next-door neighbors in the Branford. First-time watchers of this Roman Polanski classic have no way of knowing what she meant but those who’ve seen it know exactly what and why she’s dead.

I’ve never experienced a more radically different reaction to a pair of successive films by a gifted director than in the case of Drive vs. Only God Forgives. And they both happened in Cannes. I literally levitated out of my seat during my Salle Debussy viewing of Drive, blissed and beaming, and I suffered like a dog — contorted, appalled and groaning — as I sat through Only God Forgives. But Refn is a serious filmmaker — I know that. And a gracious man. A few weeks ago I met him at a Fox holiday party and he was smiling and cool and amused, telling me on top of everything else that my God pan was a kind of compliment. That makes him one of the nicest directors I’ve spoken to under these circumstances since Anthony Minghella.