Variety‘s Brent Lang posted a lulu of an analysis piece earlier this afternoon. It basically said Lana and Andy Wachowski‘s Jupiter Ascending tanked this weekend because it was too original. What? It’s basically a rehash of a hundred…okay, dozens of other adventure tales about a young nobody (Jim Hawkins, Luke Skywalker…whomever) who discovers a special destiny when he/she is plucked from obscurity and embraced by eccentric good guys and thrown into a dangerous high-stakes adventure involving kings and knaves and tyrants. I was literally feeling nauseous from the rubber-stamp sameness of Jupiter Ascending within minutes. Characters with wolf and deer ears, awful dialogue, over-acting, Mila Kunis screaming and falling, floating celestial super-cities, super-evil baddies with effete-dandy gestures, loop-dee-loop air-bike chases around Chicago in which good and bad guys fire thousands of rounds at each other and Channing Tatum takes only one wound in the gut…? This is a movie that screams familiarity at every turn but Lang believes Jupiter paid the price for not being familiar enough. One of us is on mescaline and I don’t even drink wine.

I returned from Santa Barbara three hours ago. I was on the 101 South when I glanced at the news about the big Boyhood/BAFTA wins on my iPhone, and I nearly swerved out of my lane. My first thought was “the BAFTAS have gone crazy…it’s like everything everywhere is going crazy.” What are the BAFTA guys trying to do, cause trouble or something? All this indicates is that the same old Birdman/Boyhood split is still a factor and that the AMPAS rank-and-file…I don’t know what your average Academy member wants or likes. I don’t think they know themselves. Especially the over-70s. They don’t like anything this year, not really. I think they’re just out there in their cars and eating light lunches and wandering around and pushing carts down the aisles of Whole Foods going “I don’t know…I’m not sure…I don’t know who I am or who anybody else is.” All this means is that a second-choice contender might slip in and take the Best Picture Oscar…maybe. But that almost certainly won’t happen. There’s just something that doesn’t feel “right” about the BAFTA Awards. I can feel it in my gut. Are they crazy over there? Is the BAFTA membership crazy? I don’t want to hear any more about it. If Birdman doesn’t win having taken the PGA Zanuck, DGA and SAG ensemble prizes it’ll be a huge “wow!” moment — I know that much. I also think the people who cover the race are looking to hype things up…that’s what I think. The more tension they can inject into the Best Picture situation, the better for them. I think the BAFTA members are just crazy. That or they didn’t get the memo. 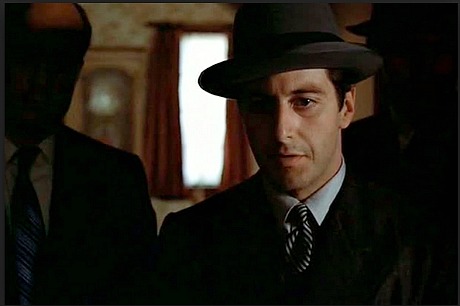 “Those who have had their fill of Terrence Malick‘s impressionistic musings will find Knight of Cops as empty as the lifestyle it puts on display,” writes Variety‘s Justin Chang. With his latest film, in post-production for the better part of two years and just press-screened in Berlin this morning, Malick “has settled into a deeply personal vein that all but his staunchest admirers may find wanting compared with his celebrated earlier work.

“[But] for the rest of us, there’s no denying this star-studded, never-a-dull-moment cinematic oddity represents another flawed but fascinating reframing of man’s place in the modern world.

“Absent the grand historical subjects of The Thin Red Line and The New World or the cosmic glories of The Tree of Life, the director has turned his focus on attractively forlorn wanderers set adrift in the present day, pursued by a restless, roving handheld camera that blurs their visions, memories, private moments and encounters with others into one convulsive stream of consciousness.

I swear to God I don’t even remember the Apple Lisa…no recollection whatsoever. By the time this 1982 (or was it ’83?) spot aired the Lisa was all but finished. Only about 100,000 units were sold. “After Steve Jobs was forced out of the Lisa project in 1982, he joined the Macintosh project. The Macintosh is not a direct descendant of Lisa, although there are obvious similarities between the systems. The final revision, the Lisa 2/10, was modified and sold as the Macintosh XL.” — from Wiki page.

I finally saw Niki Caro‘s McFarland, USA last night, and it’s nothing less than a wow and a hit — a fleet, heartfelt, real-deal embrace of all the things that make a good underdog sports movie, and blended with a layering of rural Latino culture and the kind of neighborhood/family values that make it all worth it when you get past the materialistic creature-comforts bullshit. (Except for lightning-fast wifi, that is — life is a bucket of shit if you don’t have that.)

Caro, director of the epic Whale Rider (’02), is telling the true story of track coach Jim White, who led a mostly Latino high school track team in a hardscrabble San Joaquin Valley community to an unlikely state championship in the mid ’80s, and then kept the winning streak going into the early aughts.

Obviously a descendant of David Anspaugh‘s Hoosiers (’86), which opened around the time the film’s story unfolds, McFarland USA is a comfort-blanket that you either have to wrap around you or leave the hell alone and walk out of the room. I bought it lock, stock and barrel. I took the wrap. I hate sentimental manipulations in family-friendly movies, but I had to let McFarland, USA in because it deals fair, face-up cards.

Kevin Costner is playing White, and we all know the name of that tune. Costner has long had an affinity for sports sagas, and can do this kind of thing in his sleep. But he’s underplaying like a champ, and he actually finds something unaffected and sincere and even epic in this mostly predictable small-town drama. And it doesn’t matter that you can guess what will happen and to whom. Because Costner and Caro and the 97% Latino cast (Carlos Pratts, Diana Maria Riva and Ramiro Rodriguez are three of the many stand-outs) deliver in just the right way.