Some Academy members (oldsters mostly) are just finally getting around to seeing the big nominated movies. Richard Linklater‘s Boyhood, for example, opened theatrically last July and has been industry-screened over and over for the past several months, but yesterday Deadline‘s Pete Hammond wrote about having spoken to some lazy-ass guy who only just saw it last weekend. Fellows like this are the dregs of the Academy membership — the slowest, least attuned, least engaged. The guy told Hammond he would probably vote for Boyhood for Best Picture but that he might vote for American Sniper because it was “so powerful…the audience just sat there afterwards.” And of course he prefers Eddie Redmayne‘s Theory of Everything performance to Michael Keaton‘s in Birdman.

“Unquestionably and indisputably, without a shadow of a doubt, Eddie Redmayne is the best thing about Jupiter Ascending,” writes Grantland‘s Kevin Lincoln. “Cast as the villain, Balem Abrasax, Redmayne plays the role as one part sexual deviant, one part reality-show judge, and a little bit Richard III. Without any explanation, he delivers almost all of his lines in a two-pack-a-day voyeur whisper; the rest of the dialogue he shouts, like a crazy person.

“I know this is from the No-Shit Files, but it’s funny how 364 days a year we all feel obliged to feign a ‘we need more female directors, need more women’s stories on film!’ line, and act all troubled by gender roles and issues in cinema and misogyny from the boys’ clubs, etc. And then the biggest woman-directed studio movie ever comes along…female screenwriter, female novelist, entirely female audience…and it’s about a mousey dishrag chick who defines herself solely through a supernaturally rich, dreamy guy who gets her to like being roughed up. From a novel that was literally Twilight fanfiction…you know, that other female-forward franchise about a virginal girl who prostrates herself and forgoes her entire existence for a hot vampire.” — posted earlier today at 2:40 pm.

Jon Stewart, 52, announced today that he’ll be leaving The Daily Show at the end of the year. Why? Because he feels burned out or something? So what does he with the rest of his life? Sit around on the veranda? Does he think he’ll wind up doing something more valuable than The Daily Show? That’s doubtful. Does he want to direct more films? One presumes as much, but Rosewater indicated that he may not quite be Stanley Kubrick. But he could grow in that regard. He’ll find, however, that until he makes a film that’s a lot better than Rosewater people will treat him as a famous ex-talk-show host first and an aspiring filmmaker/novelist/whatever second. 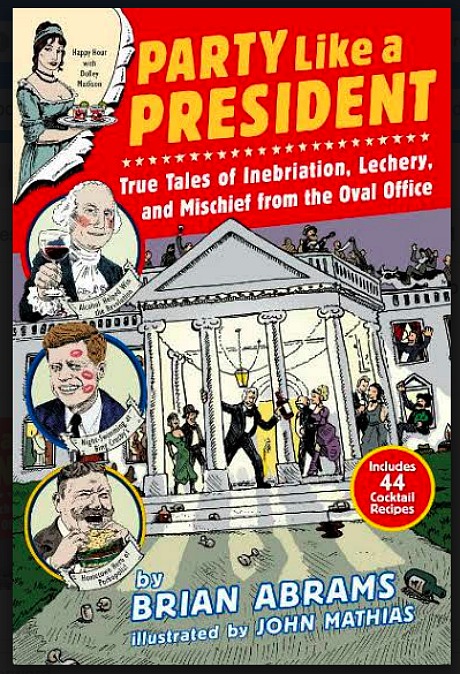 Sam Taylor-Johnson and E.L James‘ Fifty Shades of Grey (Universal, 2.13), which I saw last night at the Arclight in a theatre that was attended by a few media types but mostly by people you wouldn’t want to have dinner with if given a choice, is a sterile experience, to put it mildly. It’s faintly amusing and even titillating during the first hour, but it eventually narcotizes and then freezes your soul. It offers a few mildly arousing, tastefully shot sex scenes (ice cubes, lashes, blindfolds), but it lives inside its own restricted, barren, super-regulated realm. There’s no “life” in its veins. Watching it is like visiting an overly policed bondage & discipline museum with uniformed guards stationed every 15 feet…no heart, no blood, no humanity, no jazz, no off-moments. It’s a cold, ritualized girl movie about fantasy sex with a well-mannered, hot-bod billionaire who rams like a stallion and gives lots of oral.

Henry Miller would definitely not approve. He would say “perversion, okay, but where’s the heart? You need to put a little heart into sex or what’s the point?” I’ll tell you what the point is. The point is that the sense of eros coveted by and written about by Miller 80 years ago is a thing of the distant past, and that we now live in an age of Seriously Perverse Franchises, which are a manifestation of what I would call the New Sterility coupled with the New Cluelessness on the part of young, anxious, under-educated women.

If you come away delighted with Fifty Shades of Grey then you are definitely on the clueless side of the equation, but don’t let me stop you. This movie is critic-proof. The none-too-brights are going to see this thing in droves, and then they’re going to talk things out at a nearby bar and drink wine and start squealing with laughter after the second glass. And guys like me are going to look in their direction and give them the stink-eye.

A new manifestation of the “Surreal or Misheard Song Lyrics” riff I bring out from time to time. Last night I was listening to Bob Dylan‘s She Belongs To Me and decided that “the law can’t touch her at all” isn’t as good and certainly not as primal as “Ma can’t touch her at all.” You can define “Ma” as the proverbial family authority figure or some kind of tough, cigar-chomping butch boss in the tradition of Ma Barker or Maureen Dowd‘s “Ma Clinton.” I only know that “Ma” rules while “the law” mitigates. If representatives of “the law” can’t think of some way to mess with her mind and slow her down then so what? But if she stands up to Ma while wearing her sparkling Egyptian ring, that’s something else.

5:30 pm Update: NBC management has suspended NBC anchor Brian Williams for six months, the idea being to symbolically send Williams into the desert to meditate while everyone waits for the media attack mob to move on to something or someone else. Earlier: Brian Williams didn’t embellish in ’03 but he recently embellished on Late Night with David Letterman. For this he’s probably a dead man. Probably doomed to become some kind of internet news guy and possibly “wander the wilderness of National Public Radio.” But he’s not the new Dan Rather, who didn’t go down over an apparent character flaw but over a story that was strongly challenged (and which may have been wrong), resulting in political pressure and his being severed from CBS News. Either way I respect Bill O’Reilly for his fair-minded remarks about Williams, which were shared last might with Jimmy Kimmel.