I suppose I need to add Tom Hooper‘s The Danish Girl (Universal) to the hot list, although it may be a February 2016 release. Eddie Redmayne is playing transgender “pioneer” Einar Wegener, who later became Lili Elbe. Alicia Vikander and Amber Heard costar. Tomas Alfredson was the first director on the project, then Lasse Hallström. 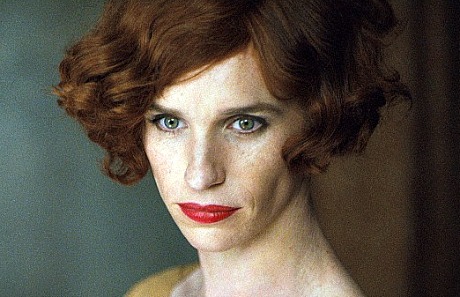 10 months hence we’ll see Harrison Ford bring Han Solo back to life, and then sometime in 2017 Ford will revive Blade Runner‘s coolest replicant, Rick Deckard. Maybe in a lead or supporting capacity, but definitely in a Blade Runner sequel that’ll shoot in the summer of 2016. Denis Villeneuve (Prisoners, Incendies) will direct from a script by Michael Green and original Blade Runner co-author Hampton Fancher, based on an idea by Fancher and producer Ridley Scott. My usual response is to say “why?” and “1982 was then, this is now” and so on. But maybe. Reactions? 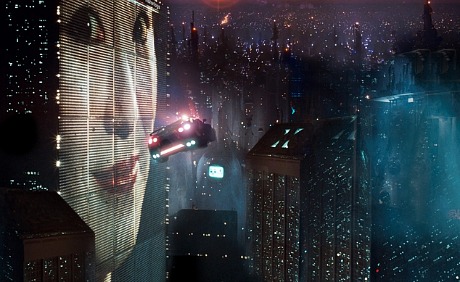 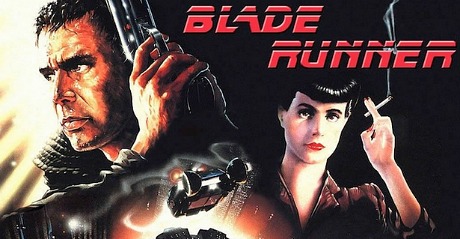 From a 1.8.10 N.Y. Times article by the late David Carr, called “Me, Campaign? Just Go To The Film”: “Mo’Nique, 42, says she cares deeply about Precious and is thrilled to be among the mentioned, but she is not about to reorganize her life or her priorities to get her mitts on an Oscar. The Mo’Nique Show, her daily talk show on BET, just began in October, and while other hopefuls are criss-crossing the country for all manner of events, chatting up Oscar bloggers and making sure that everyone knows that they want it, Mo’Nique is mostly here in Atlanta, tending to her show, this past year. 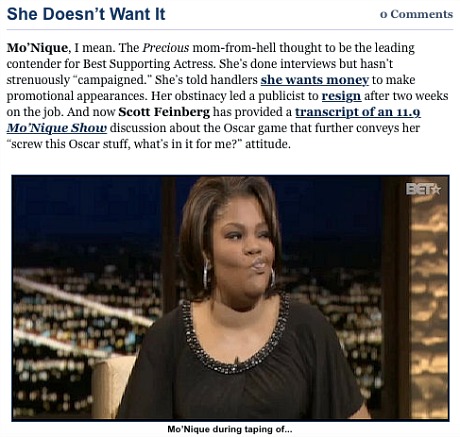 A friend has been applying for a job he’d really like to get and has gone through a series of interviews so far, the last being with the head of the company. He just got a call saying that the honcho wants to meet again, apparently because my friend seemed a little nervous and the honcho felt he was off his game on some level. Right away a suggestion came to mind but I hesitated before sharing it. If you don’t want to be nervous before a job interview just slip into a bathroom stall about 20 minutes before the interview and jerk off, and you’ll be as centered as Buddha. I seem to recall reading that Bill Maher does this before taping Real Time. Matthew McConaughey told Leonardo DiCaprio in The Wolf of Wall Street to have a wank once or twice a day because it leaves you in a Zen place.  Chris Elliot said the same thing to Ben Stiller in There’s Something About Mary when Stiller said he was nervous about going on a date with Cameron Diaz. 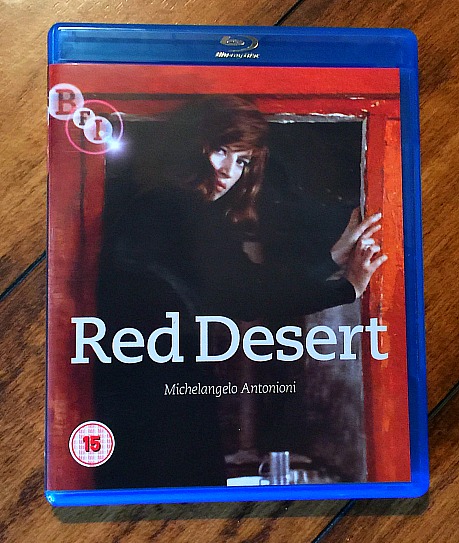 I might as well just admit that I’ve never seen Michelangelo Antonioni’s Red Desert. I bought the Bluray last night but I still haven’t seen it. I’ve been sensing all my life that it’s basically an industrial gloom-trip thing, but I’ve finally pushed past that. 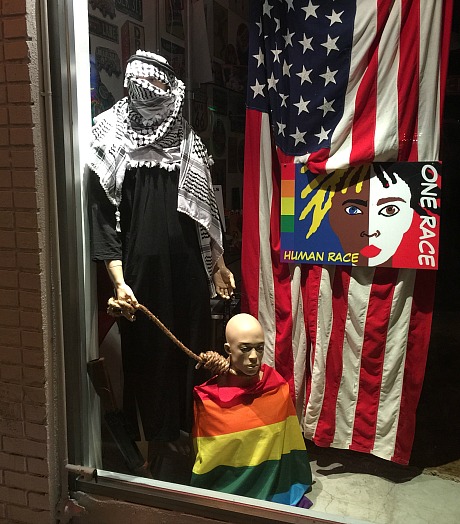 This ISIS-like tableau (the victim is obviously a gay guy) is in the display window of a small LGBT-friendly shop on Santa Monica Blvd. in West Hollywood, located right next to Laurel Hardware. 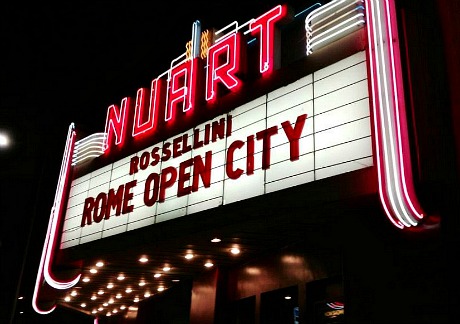 Well, it turns out that all the bellyaching and predictions of doom about the demise of net neutrality and the advent of “fast lanes” and all those assumptions about FCC Tom Wheeler being a cable-industry toady were wrong. For this morning the Federal Communications Commission did the right thing by voting 3 to 2 to regulate broadband internet service as a public utility, which is a major milestone and a blow for equal internet access and cause for dancing in the streets.

This is excellent news for everyone out there and easily one of the proudest accomplishments of the Obama administration. If David Carr was still with us he’d write a hell of a column about this. Sasha Stone owes Wheeler an apology.

The new rules ensure that no content will be blocked and that the net will not be divided “into pay-to-play fast lanes for big media companies that can afford it and slow lanes for everyone else…[which] are hallmarks of the net neutrality concept,” in the words of the N.Y. Times story. Wheeler said the F.C.C. was using “all the tools in our toolbox to protect innovators and consumers” and preserve the internet’s role as a “core of free expression and democratic principles.” He added that interest access was “too important to let broadband providers be the ones making the rules.”

7 Comments
To Be Young, British and Appallingly Smug

An instinct told me to put off seeing Lone Scherfig‘s The Riot Club (IFC Films, 3.27 theatrical/VOD) during last September’s Toronto Film Festival. I had gone cold on her after enduring One Day, which I found almost shockingly tepid and underwhelming after Scherfig’s highly enjoyable Italian for Beginners and especially An Education. The Riot Club is based on Laura Wade‘s Posh, a 2010 stage play about a swaggering attitude of entitlement and imperviousness known to the sons of the British conservative upper classes. (British Prime Minster David Cameron is a former member.) The play and the film (which Wade also wrote) are based on the real-life Bullingdon Club, an exclusive all-male dining club at Oxford University, going all the way back to 1780 and known for its grand banquets and trashing of restaurants.

I think we all know about rich assholes, don’t we? Do we really need to be told again that they’re all quite arrogant and loathsome?

To non-Brits, The Riot Club “will play like Brideshead Revisited meets Donna Tartt’s The Secret History meets Lord of the Flies,” wrote Hollywood Reporter critic David Rooney. “An anesthetizing inevitability creeps into the film as damning evidence stacks up that these ‘Wild Boys’ believe they can buy their way into any pleasure of their choosing and out of any scrape of their making. The far-from-revelatory conclusion is that the deck remains stacked in the class war. Duh.”