Two days ago I posted a riff about how the 3.27 opening of Abel Ferrara‘s Welcome To New York feels a little too late in the cycle. The next day I was informed that the version that IFC/Sundance Selects is releasing theatrically is R-rated and therefore tamer than what was shown in Cannes last May and subsequently on European VOD. The R-rated cut was apparently prepared for Showtime as part of a pay-cable sale and then IFC decided to use it for the theatrical release as well, despite Ferrara’s vehement objections. I got in touch with Ferrara yesterday and he’s agreed to speak with me about it tomorrow. Honestly? If the difference between the R-rated cut and the 2014 Cannes cut largely consists of images of the unclothed Gerard Depardieu, I might be okay with the R version. Update: I guess I’ll just buy the British Bluray (released last October) that contains both versions. 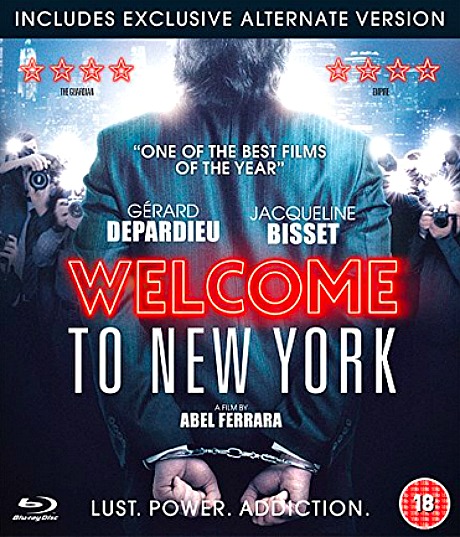 Universal is looking to make money off the 30th anniversary of John Hughes‘ The Breakfast Club. Who cares about seeing a restored version of this mildly okay, far-from-earthshaking detention hall character piece? Those who were in their late teens or early 20s when it popped in ’85, one presumes. Which costar has had the most engaged or interesting or productive career? Emilio Estevez, right? Followed by Anthony Michael Hall, who’s done fairly well as a character actor. Ally Sheedy, Judd Nelson, Molly Ringwald have hung in there in various modest ways. Every generation enjoys a blaze of glory kickoff in their early to mid 20s, and then the real-life challenges kick in and we all get to see what the players are made of.

96 Comments
Don’t Get Your Hopes Up

Steven Spielberg reportedly intends to direct a film about war photographer Linsey Addario, which will be based on Addario’s recently published memoir “It’s What I Do: A Photographer’s Life of Love and War.” The 25 year-old Jennifer Lawrence will portray the 42 year-old, still-very-much-active photographer, but where’s the movie? Addario is a brave, tough adventurer who has photographed conflicts in Iraq, Darfur, Libya and Afghanistan and gone through a lot of trauma and cast a special focus on the victims. But where’s the movie?

Just capturing the emotion, excitement and danger of a real-life professional putting herself on the line does not comprise, in itself, anyone’s idea of narrative engagement. Ask any professional screenwriter. Movies can’t just be built on a series of adventures. You have to have a story, a theme, a dramatic surprise or two, a pivot point, an unspoken undercurrent and an actual ending as opposed to just downshifting and bringing things to a close.

Right away I sensed that Neil Blomkamp‘s Chappie (Columbia, 3.6) was a likely no-go. I could smell the old “ghost in the machine” notion of a robot having a semblance of a human heart and perhaps even a soul, and decided I wanted nothing to do with it. So I had my own reasons for really not looking forward to seeing today at 5 pm, but now reviews from The Hollywood Reporter‘s Todd McCarthy and Variety‘s Justin Chang have filled me with even more trepdiation. Chappie “represents a further downward step for Blomkamp in the wake of the highly uneven Elysium,” McCarthy has written. Chang has similarly warned that “intelligence, artificial or otherwise, is one of the major casualties of Chappie, a robot-themed action movie that winds up feeling as clunky and confused as the childlike droid with which it shares its name.” It suffers from “a chaotically plotted story and a central character so frankly unappealing he almost makes Jar-Jar Binks seem like tolerable company by comparison“…hah! 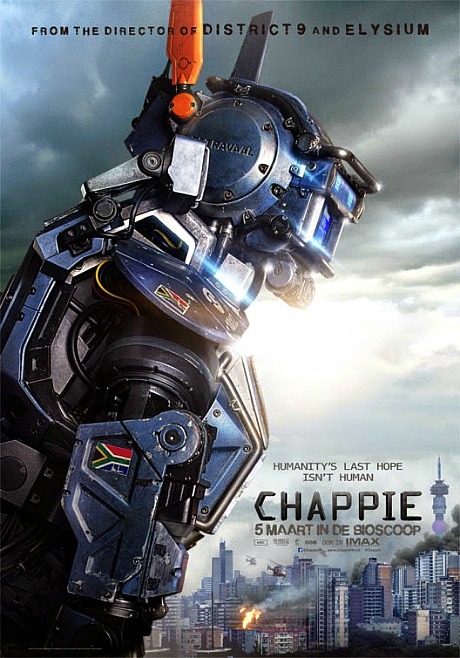 “A large portion” of the Academy’s board of governors has been pushing for a return to five Best Picture nominees, according to a piece filed last night by The Hollywood Reporter‘s Stephen Galloway. A “high-level source” is quoted saying the Academy “tried” the current system of allowing up to ten nominees “but it didn’t do us any good.” What an idiot. The point of allowing for more Best Picture nominees is to include a people’s favorite or two. If you nominate American Sniper or The Dark Knight or The Blind Side you’re presumably engaging a wider audience…right?

You don’t want to just nominate the kind of high-calibre films that Hollywood Elsewhere readers prefer or…you know, elitist foo-foo movies. You have to strategically lower or democratize the real-estate value and try to liberally redefine the idea of “best” (at least for appearances’ sake) if you want to keep the riff-raff in the pen.

The underlying reality is that cultural devolution will continue regardless of how many Best Picture nominees are allowed. The cinematic interests of Joe and Jane Popcorn have never been very sophisticated, but they’re even more degraded now with most of them agreeably submitting to soul-suffocating big-studio franchises and the indie sector pretty much generating all the Best Picture nominees. The whole idea of average mainstream ticket-buyers hankering to see quality-level films has been gradually losing currency for at least the last 20 to 25 years. But on other hand how can it not be good for ratings if one or two Best Picture nominees offer at least some general appeal?