Good Kill (IFC Films, 4.10.15) “is about drone warfare and this righteous drama’s take on it. The military jargon is bogus and insulting. There is, of course, no such thing as a ‘good kill’, and Andrew Niccol’s drama will remind you of that repeatedly. Good Kill runs through the rituals of military slaughter. It dehumanizes the combatant and underlines the inhuman nature of collateral damage and strikes based on pattern behavior. It’s often slow and occasionally simplistic, but at least someone’s talking about the issue.” — Excerpted from Henry Barnes‘ Guardian review, filed on 9.12.14 from the Toronto Film festival.

Ken Loach‘s Jimmy’s Hall “is a no-frills, true-life drama about Irish rabble-rouser Jimmy Gralton upon returning to his native home after more than 20 years spent in the U.S., and about his conflicts with conservative forces who feared the possible igniting of a leftist movement, and Gralton’s subsequent deportation back to the U.S. It’s a Loach thing through and through — mid-tempo, working-class, earnest, low-key, authentic, political. I mean no disrespect when I say it’s a bit of a shrugger. There are vague echoes, of course, of today’s 1% vs. 99% equation, and a refrain of the old rule about dissidents always dealing with struggle and adversity. The painterly textures and atmosphere are what moved me the most. I miss the visual splendors of rural, old-time Ireland (the small-village architecture, the browns and greens, the candle-glow lighting) that Loach has often captured in his films, and which are exquisitely presented here. He shot it on that dying technological format known as celluloid.” — filed from Cannes on 5.22.14.

Yesterday Pierre Morel and Sean Penn‘s The Gunman opened on 2816 screens and tallied a first-day gross of $1,769,000, which averages out to $628 per theatre. A problematic but reasonably diverting film, The Gunman performed only slightly better yesterday than Matthew Vaughn‘s reprehensible Kingsman: The Secret Service, which opened five weeks ago and has earned about $111 million thus far. To me the Morel-Penn is far more tolerable than the Vaughn, but American audiences don’t agree. You can’t expect fairness or justice at the box-office, but The Gunman didn’t deserve to die such an ignominious death.

It’s a significant deal to some, I hope, that a Criterion Bluray of Carol Reed‘s Odd Man Out is streeting on 4.14. Not so much for me as I purchased the British Network Region 2 Bluray (which has some of the same extras as the Criterion) two and a half years ago, or in August of 2012.  Odd Man Out is regarded as a serious classic by boomer and GenX film mavens (or at least the more devoted of these), but I wonder if there are any under-35s who even know or care. I need to keep reminding myself that under-35s regard ’80s films as old, ’60s and ’70s films as wheelchair material and almost anything made before that as too musty by half. 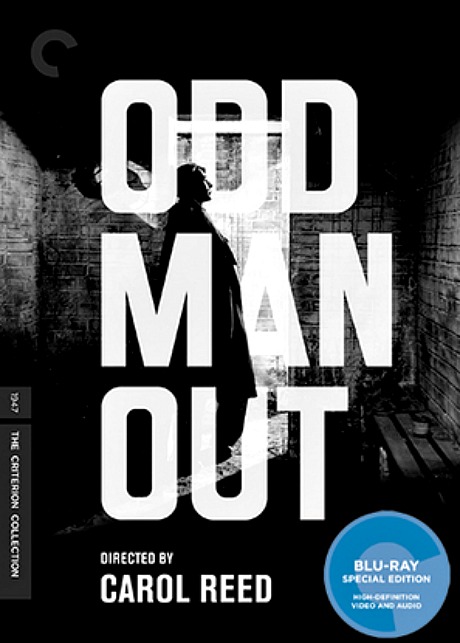 What I’m about to pass along happened 10 or 12 days ago. Only now can it be told. Bullshit — I just couldn’t be bothered to write about it until today, and even now I don’t feel all that motivated. But it happened. I was on the Yamaha and nudging my way out of an alley, about to cross northbound traffic on Robertson Blvd. and enter the southbound lanes. I vroomed across the northbound lanes and puttered my way toward the light on Burton Way, “splitting lanes” between two rows of idling engines. I then decided to veer into the far right lane just ahead of a large white SUV, but as I began to turn the SUV honked and blocked me by lurching forward. Slight brake screech. Okay, I said to myself. Some guy wants to play Dodge City.

The SUV driver, a smallish dude in a white tank top who looked a lot (but not exactly) like Kevin Hart, began to scold and sneer like his life, pride, financial future and family history depended on it…”fuck you think you’re fuckin’ doin’, motherfuckah?” I glanced and turned away. But even if I’d been the hair-trigger type a sixth sense was telling me to back off. If I’d said a single word or raised a single eyebrow, this guy might have leapt out of his car and gone all Ving Rhames or Suge Knight on me. Maybe. I definitely felt the readiness. My attempting to nudge in front of him was a major territorial challenge.