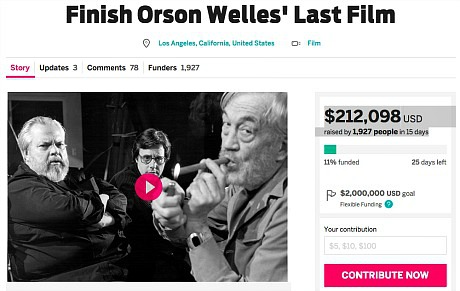 Over the last nine days beginning on Wednesday, 5.13 (tomorrow is my last full day here), I’ve been listening to moaning and occasional tap-dancing from literally dozens of festivalgoers about Matteo Garrone‘s Tale of Tales, Yorgos Lanthimos‘ The Lobster, Woody Allen‘s Irrational Man, Nathalie Portman‘s A Tale of Love and Darkness (which I didn’t even see after hearing I didn’t need to bother), Gus Van Sant‘s The Sea of Trees, Nanni Moretti‘s Mia Madre, Maiwenn‘s Mon Roi, Joachim Trier‘s Louder Than Bombs, Brilliante Mondoza‘s Taklub (which I saw but didn’t feel motivated to write anything about), Paolo Sorrentino‘s Youth, Hao Hsiao-Hsien‘s The Assassin (which I’m expecting to more or less suffer through tomorrow), Jacques Audiard‘s Dheepan…almost everything shown here has been received as meh-level, problematic, mildly disappointing, respectable but not earthshaking, etc.

Gaspar Noe‘s 3D Love screened this morning at 11 am in the Salle Bazin. I was right there in the last row with my orange-framed 3D glasses. I liked that they passed out little antiseptic wipe packets with the glasses, which they never do in the States. In order to make sure of a seat I had to stand at the back of the Grand Lumiere during the final minutes of Jacques Audiard‘s respectable but somewhat minor Dheepan and rush up to the Bazin…push, huddle, trudge.

Are you noticing anything different about this review? Mainly that after four sentences I’m tiddly-winking around and not saying anything about how good, bad, reasonably decent or mezzo-mezzo Love is? Not because it’s a bad or dull or unworthy film, but because I can’t seem to summon any strong feelings about it.

Okay, I found the sex scenes mildly appealing. Before this morning I had never seen graphic sex depicted in 3D, and I have to say that while I didn’t feel blown away by the unusualness of the footage I wasn’t entirely unaffected. I was sitting there going “Yeah, okay…this isn’t half bad as far as the 3D aspect is concerned. Visually distinctive, striking, arresting. Nice bods, nicely lighted, no grotesque aspects.” But it didn’t seem like quite enough to justify watching Love for two hours plus.

I was mildly interested (certainly during the first half-hour or so) but I never felt riveted.