We all have our notions about what’s been happening with Shia LaBeouf over the last year or two (i.e., “I’m not famous anymore“), but this extreme motivational video he’s made is very Tyler Durden, and therefore cool in my book. How many guys did Durden save from a life of muddling along and zoning out in Fight Club? LaBeouf is trying to do the same thing. I know how it feels to be stuck in a hole. I was there in my mid 20s, that place of “yeah, I really gotta make some serious moves and if I don’t…I don’t want to think about it.” What prods you along is a quiet, nagging voice that says “you’re still not doing what you need to do…you’re still procrastinating…how can I get through to you, man?” That voice doesn’t go away but it never gets loud. It never insists. LaBeouf is saying “enough…enough of your bullshit…get going or else.” [Thanks to friend-of-HE Jon Rahoi for bringing this to my attention.]

The previous award-winner was Robobos’ family comedy trailer for The Shining, uploaded on 2.27.06.

Yesterday morning Reese Witherspoon spoke to a crowd at the Producers Guild of America’s 7th annual “Produced By” conference on the Paramount lot. Variety‘s Dave McNary reports that Witherspoon “addressed the question of whether she’d ever portray Hillary Clinton. She responded by saying that she’s been asked to do so several times and wryly pointed out that she portrayed a young version of Clinton as Tracy Flick in 1998’s Election.” The actress-producer added that when she met the former Secretary of State and current presidential candidate, Clinton said, “Everybody talks to me about Tracy Flick in Election.” One, I’ve seen Election six or seven times and have never flashed upon any similarities between Flick and Clinton. If Flick reminds me of any politician it’s Richard Nixon. (I’ve also always suspected that on some level Flick is Witherspoon.) And two, take away Alexander Payne‘s satiric, dryly humorous attitude and Tracy Flick is a virus — one of the most screwed-down, demonically calculating female characters in the history of American cinema. Clinton/Flick is almost like Clinton/Cruella de Vil or Clinton/Phyllis Dietrichson in Double Indemnity. Obviously not flattering, and yet Clinton good-naturedly went up to Witherspoon and more or less said, “So I was the inspiration for Tracy Flick, eh? Imagine!”

Prague seems to be relatively light on Africans. There may be more than I’ve noticed but it definitely seems like a “few and far between” situation. There’s an African-flavored bar/cafe called Emotan and also a light-skinned guy named Ray Koranteng who’s a popular TV personality, but Prague is certainly not Paris in this respect. A Trip Advisor post says Africans have been living in Prague since the 1970s “when the communists offered them scholarships to study at Czech universities in order to help spread good socialist values to Africa.” Three years ago an Expats.cz commenter wrote that Czech racism exists but is “more a reflection of [the natives’] cultural isolation under communism and also their larger history of constantly getting screwed by foreign invaders for the last 400 odd years or so. You’ll get stares and whispers and maybe even comments but Czechs generally are pretty nonviolent so it’s not hard to ignore.” Another says she’s “never seen a Czech man with a black woman [but] many Czech girls date African men just to try something different.” I only know this is a very gentle city, mild and considerate and liberal to the core. 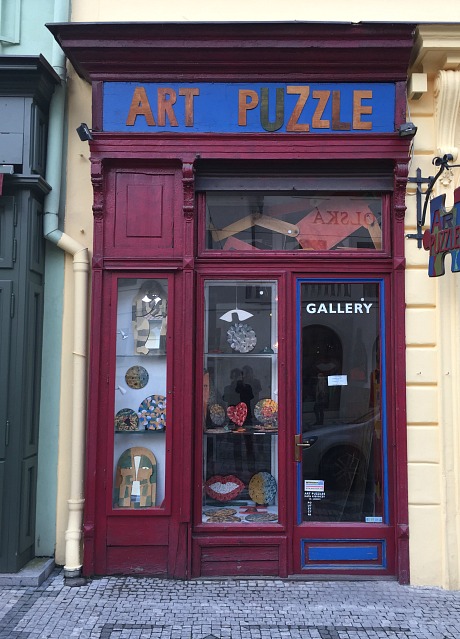 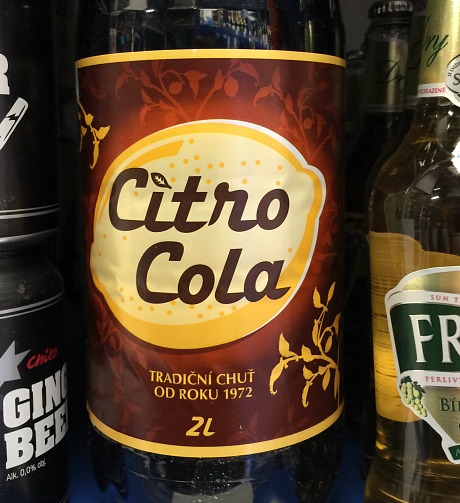 I had a glass of this stuff the other day. It tastes like Coke mixed with licorice. Awful. Expats.cz editor and film guy Jason Pirodsky, who’s been here a few years, tells me he’s come to prefer it.
(More…)
May 31, 2015 4:05 amby Jeffrey Wells
20 Comments
Ballad of the Subway Asshole 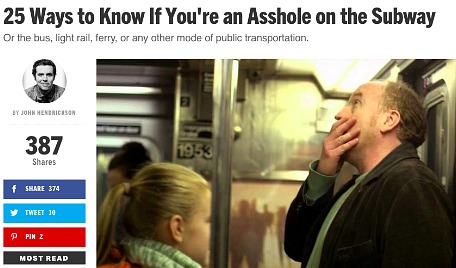 Former Maryland governor and Baltimore mayor Martin O’Malley announced his Presidential candidacy yesterday. He’s a liberal vision-and-uplift guy, but his voice isn’t quite deep enough — he’d be a little better off if he sounded like Lee Marvin. He certainly speaks a lot more plainly and precisely than Hillary Clinton has so far, and it’s good, I suppose, that he’ll be hitting Hillary’s measured, center-right corporatism just as hard as Bernie Sanders presumably will during the Iowa and New Hampshire debates. Then again O’Malley might be one progressive leftist too many. Right now his name recognition is way below Clinton’s and even significantly south of Sanders. The bottom line, it seems, is that O’Malley will just split the anti-Clinton Democratic primary vote. He may siphon a sizable chunk of Sanders’ supporters or perhaps only a bit…who knows? O’Malley’s best quote so far: “The presidency is not some crown to be passed between two families.”

A 5.30 report by The Film Stage‘s Jordan Roup confirms that Richard Linklater‘s That’s What I’m Talking About, a “spiritual sequel” to Dazed and Confused that Paramount will release later this year, has been officially re-titled as Everybody Wants Some. The title comes from a Van Halen song released in 1980, which is when the film takes place so it all fits. The fact that the new title is being used in research screenings (i.e., the basis of the Film Stage report) doesn’t mean it’s “official”, but it seems likely. The research screening copy reads as follows: “Set in the world of 1980 college life, Everybody Wants Some is a comedy that follows a group of friends as they navigate their way through the freedoms and responsibilities of unsupervised adulthood. Get ready for the best weekend ever.” Pic costars Blake Jenner, Ryan Guzman, Tyler Hoechlin, Wyatt Russell (son of Kurt Russell and Goldie Hawn) and Zoey Deutch. 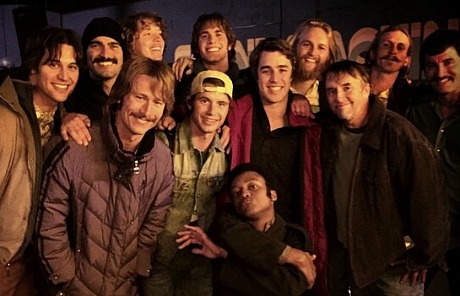