I would definitely pay to see this guy, Anthony Ingruber, play young Han Solo in that dopey-sounding prequel that the LEGO Movie guys are making. The looks, the Ford voice, the attitude, the right age…nailed cold. Now watch the producers ignore him…assholes. 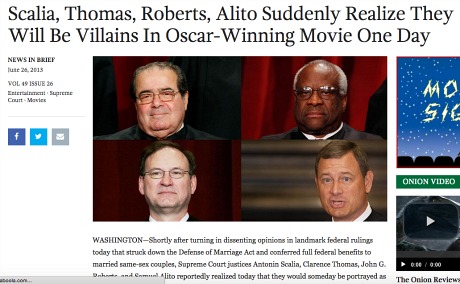 A new Star Wars prequel about a young Han Solo is being worked on by LEGO Movie directors Christopher Miller and Phil Lord. A screenplay has reportedly been co-written by Lawrence Kasdan and his son Jon and…what, Miller and Lord are re-writing?. And Solo will be played by whom? Chris Pratt or some young buck trying to be the next Pratt? Flick will allegedly tell “the story of how the young Han Solo became the smuggler and thief who Luke Skywalker and Obi-Wan Kenobi first encountered in the cantina at Mos Eisley and shot Greedo,” blah blah. That obviously removes any chance of Harrison Ford filling the role, which is what everyone would rather see happen…right? Screw all prequels. Pic will open on 5.25.18. 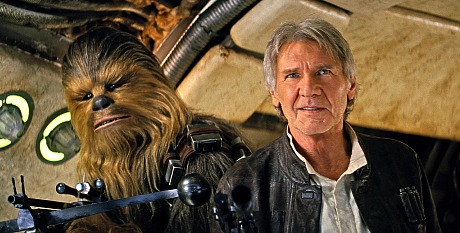 I felt mostly sympathy and compassion for Hillary Clinton during this afternoon’s 18 and 1/2 minute interview, which was conducted by CNN’s Brianna Keilar. Clinton will never knock anyone out in a one-on-one, but she’s okay. She’s trying to say the right things, strike the right balance…and I suppose she’s doing a reasonably good job of that. As far as she’s able, I mean. It’s just not in her to charm or inspire. She doesn’t come off as brittle or peevish here, but as someone who could go there at the drop of a hat. She blew off any suggestions that her trust numbers are to some extent her fault, and she dodged Keilar’s question about shutting down the Clinton Foundation if she’s elected. I believe she’ll be a good, tough, capable president — a slightly flintier Obama with the same right-center philosophy. I don’t believe for a second that she’ll do much to try and reverse the pattern of income inequality, certainly not in the populist way that Bernie Sanders has pledged to do. I believe that Hillary’s warmer and more personable up close than she seems in these interviews, but she’ll never be a great campaigner. She just doesn’t have it.

I’m, like, not the target demo for movies like Paper Towns, which is an adaptation of a YA book by John Green, author of “The Fault In Our Stars.” (I didn’t “like” the 2014 film version that much, but I didn’t obsessively hate it either — it drained me.) To go by reviews, Towns is a teen-angled dramedy about love and obsession with a kind of mystery element (i.e., where’d she go?). I’m 85% certain I’ll hate it, but you have to focus on that 15% potential. You have to take things as they come.

But I also have to be clear and say that my primary animus is, in this instance, not adaptations of YA novels as much as Nat Wolff, an obviously live-wired and nimble-witted actor (as well the 20 year-old son of thirtysomething costar Polly Draper) who plays the male lead.

Over the last four or five years, Wolff has costarred in a series of passable, tolerable, mildly acceptable and in some cases achingly sincere relationship films — New Year’s Eve, Peace, Love, & Misunderstanding, Stuck in Love, Admission, Palo Alto, Behaving Badly, Grandma — about people who are hurting or insufficiently loved or turned around in some way. Most of these films have made me feel irked or unhappy or otherwise unsatisfied, and so I’ve passed them on to Wolff. The dissatisfaction is his fault, his doing. Kidding but on a certain level not. I saw his face on the poster and went “oh, Christ.”

The aspect ratio of Hou Hsiao-hsien‘s The Assassin is, to judge by the trailer, something close to 1.37:1. And yet the credit block in Justin Chang‘s review describes it as “partial Academy ratio.” I’m informed that the film is mostly in 1.85 and that only the first five minutes uses a somewhat boxier (1.37 or thereabouts) aspect ratio.

It doesn’t take much to get me to riff (or re-riff) on Michael Tolkin’s The Rapture. The 7.5 posting of a Trailers From Hell commentary on the 1991 film by Tolkin will more than suffice. To expand upon the headline, The Rapture is not just the greatest anti-Christian nutter film of all time but the spiritual father of HBO’s The Leftovers and generally one of the creepiest non-horror films over made.

“The Rapture weirded me out on a level that I didn’t fully comprehend at first. So much so that I’ve only watched it twice. It’s not what you’d call a ‘pleasant’ film, but it sinks in and spreads a strange malevolent vibe — a profound unease, disquiet — into your system.

I almost never order steak at a restaurant and I never buy it at the market. But once or twice a year I’ll enjoy a well-prepared chop of some kind. A filmmaker friend serves scrumptious meats when he throws backyard barbecues. I had a superb steak in Buenos Aires once. And I’ll admit my mouth always waters a bit whenever I drive by a traditional steak restaurant. I’m nonetheless averse for three reasons: (1) I’m basically a fish, vegetable and fruit kind of guy, (2) I’ve watched a certain cow-slaughter video a couple of times and (3) the livestock industry is pretty bad for the environment. I’m nonetheless interested in seeing Franck Ribiere‘s Steak (R)evolution (Kino Lorber, 7.17 NYC, 8.28 elsewhere). The Hollywood Reporter‘s Jordan Mintzer liked it well enough, calling it “an absorbing, and often enlightening, quest for the world’s greatest sirloin.” Mintzer reviewed a 130-minute version that opened in France last year; the Kino Lorber cut runs 110 minutes. It’s not surprising that the doc “conspicuously leaves out the slaughterhouse,” as Mintzer notes, but dodging this obviously indicates a lack of integrity. Honestly? If steer meat was to suddenly vanish from the menu I wouldn’t be horribly upset. You know who would be upset? Pie-eating guys like Quentin Tarantino. Vincent Vega to Mia: “C’mon, kitty cat, let’s go get a steak.”