Aubrey Morris, who played Mr. Deltoid in Stanley Kubrick‘s A Clockwork Orange, has passed at age 89. He had only two scenes in that 1971 classic — warning Malcolm McDowell‘s Alex to stay out of trouble in that needling, smarmy voice of his with many of his sentences ending in “yes,” and then informing “little” Alex during a police station grilling that the cat lady had died and that he’d therefore become a murderer.  I don’t recall any of Morris’s other performances, not a one. Whatever he said or did in If It’s Tuesday, It Must be Belgium, I’m drawing a blank. Nor do I remember him in The Wicker Man. Kubrick used to say to his actors, “Realistic is good, but interesting is better.” Morris is remembered and respected today because he followed this advice.

Friendly memo to Boston Herald critic Jim Verniere: What’s with the deliberately slowed-down reading of the copy? No offense but it sounds spazzy. Best quote: “Trainwreck could be this generation’s When Aaron Met Amy.”

Underwhelming and in many ways tedious, Woody Allen‘s Irrational Man (Sony Pictures Classics, opening today) is Match Point‘s slower, less engaging brother. One of the things I’ll always savor about Match Point is how perfect the last ten minutes are — they amount to one of his all-time best endings. And one of the things I’ll never forget about Irrational Man is how unsatisfying the finale feels. Leaden, dispiriting — it makes you feel bitter and abandoned.

After catching it at last May’s Cannes Film Festival I noted that “the most striking thing about it is Joaquin Phoenix‘s pot belly. I fully recognized the familiar, dissolute, older-guy malaise that his college professor character is suffering from during the first 40 minutes or so (which the gut is supposed to be a metaphor for, I presume), but nothing Phoenix says or does during the entire film has a chance against that mound of pudding hanging over his belt. It’s stand-back huge. He looks pregnant.

“I judge comedy harder than probably any other genre. To keep me consistently laughing takes a lot of hard work, and a lot of comedies nowadays don’t like to try all that hard, throwing stuff to the wind they aren’t terribly committed to and hoping it sticks. So when a comedy with a focused, specific voice comes along that has me laughing from start to finish, I am a happy guy. Addicted to Fresno, from director Jamie Babbit and writer Karey Dornetto, managed to do that. It’s not a comedic masterpiece. I don’t want to overstate it. But it certainly is a funny 90 minutes that gives costars Judy Greer and Natasha Lyonne a lot of things to play with.” — from Mike Shutt‘s Rope of Silicon review, posted from SXSW on 3.18.15.

The horse-riding tracking shot at the very end of this just-popped Revenant trailer is fantastic — the stuff of instant cinematic legend. Well, the whole trailer is but what a finale! And that rhythmic exhaling alternating with the drum beat. All hail Emmanuel Lubezki (his 70mm-like photography was captured in 6K digital by the Alexa 65) and Alejandro G. Inarritu, and let’s start the talk…I was going to say start the Leonardo DiCaprio-for-Best Actor conversation but based upon what? (I need to control myself.) Naturally I’d love to see The Revenant have its big worldwide debut in Telluride but I’m guessing it’ll start to screen in late October or early November…something like that.

The VistaVision fanfare image on top is composed at 1.85…no problem. The clip below is/was composed at 1.66 in 1954. The clip below that (third down) is composed at 1.85. The three static images at the bottom [after the jump] are, in this order, 1.42 (call it 1.37), 1.66 and 1.75. A 1.85 VistaVision fascist sees only the top and third-placed image and rejects the rest as heresy. I am merely suggesting that the second from the last image is more pleasing to the eye, and that the last image is the second most pleasing….that’s all. 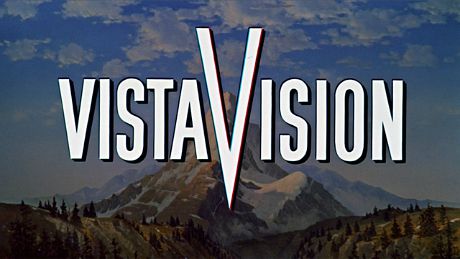