Support on Patreon Follow @wellshwood
19 Comments
They Liked To Boogie

“The reason Menahem Golan and Yoram Globus made almost nothing but crap is that they loved the action and the chutzpah in their veins (winning awards, making money, signing big names, the crackling excitement of ‘being there’), but they never really got it. Their affection for movies was enthusiastic but primitive. An under-educated rug-merchant mentality could never really fit into a business that is also, at heart, a kind of religion. The best filmmakers have always operated on a devotional Catholic principle. I believe that Menahem and Yoram were never devoted enough to the faith and traditions of great, soul-stirring cinema. They never really respected the idea of wearing cinematic monk robes.” — from HE’s 8.8.14 obit for Mr. Golan.

Not that this means squat, but Anna Peele’s Esquire profile of Miles Teller mentions that (a) he’s “kind of a dick” and (b) during a luncheon interview Teller was wearing “a pool-blue V-neck that shows off the Roman-numeral tattoo on his arm,” which sounds like what he was wearing when he and I had our “don’t be a pervert, man” encounter last October. (I described it as “a powder-blue shirt of some kind.”) I don’t know if the woman in the black-and-white Esquire photos is Teller’s girlfriend Keleigh Sperry, but Keleigh was the one I was subtly eyeballing. (Not subtly enough, I mean.) Peele describes her as “a twenty-two-year-old model/aspiring swimsuit designer/professional girlfriend who thinks Teller is attractive enough to have permanently monogrammed her perfect ass with his initials.” Oh, and by the way? Josh Trank‘s Fantastic Four, the reason why Teller’s puss is on the cover in the first place, is currently rocking a 17% Rotten Tomatoes rating. Don’t make shitty movies, man. 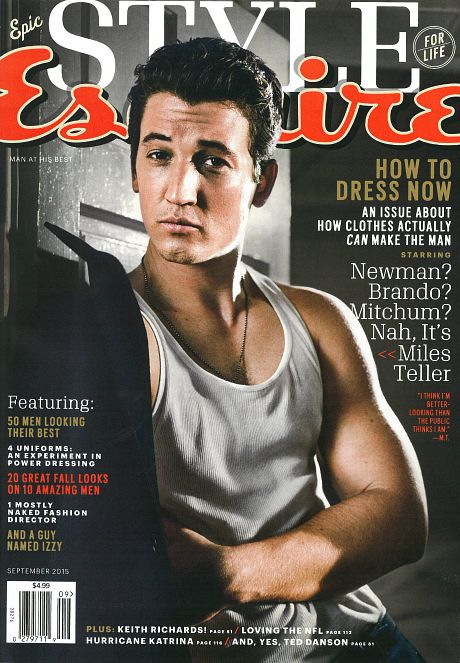 Sony Pictures Classics has announced an acquisition of worldwide rights to Don Cheadle’s Miles Ahead, a Miles Davis biopic that will close the New York Film Festival on Sunday, 10.11. It may or may not be significant that the release doesn’t say when SPC will release the film, which obviously indicates that they may be looking at ’16 rather than the 2015 award season. If (and I say “if”) a 2015 release is off the table, that tells you something right there. I also went “uh-oh” when I came across a statement from Cheadle that says the film was made “with the family’s blessing.” I’ve always believed that when it comes to telling stories of famous dead guys who lived on the razor’s edge, it’s better if your film unsettles or even agitates the family. The stamp of family approval (Erin and Cheryl Davis, the late trumpeter’s son and daughter, are executive producers) doesn’t always mean the film has been compromised or blanded down in some way, but it often does. Boilerplate: “[Pic] tells the story of a few lost days in the life of Davis (Cheadle), the virtuoso, fighter and genius, as he bursts out of his silent period, conspires with a Rolling Stone writer (McGregor) to steal back his music, and relives the years he had with his great love, Frances Taylor (Corinealdi).”

I couldn’t invest in Jeremy Irvine‘s lead performance in War Horse because of the giant-squid-like Spielberg factor, but I’m sensing he might be okay as a young gay kid in Roland Emmerich‘s Stonewall (Roadside, 9.25) I’m prepared to stow the cynicism and engage with this film on a serious basis. It’s Emmerich’s third U.S.-produced historical drama (the first two being The Patriot and Anonymous) but the first set in the 20th Century and the first in which Emmerich has a certain investment, being gay and old enough to remember. (He was 14 when the Stonewall riots occured.) Yes, it’s conceivable that Stonewall might seem too Hollywoodish to some but Emmerich is a pro who knows what goes. Plus the script is by respected playwright and West Wing writer Jon Robin Baitz. Costarring Joey King, Jonathan Rhys Meyers, Caleb Landry Jones, Ron Perlman, Jonny Beauchamp, Matt Craven, David Cubitt, Atticus Dean Mitchell, Joanne Vannicola, Mark Camacho. Roadside needs to start screening soon with everyone out of town for Venice, Telluride and Toronto less than four weeks hence. 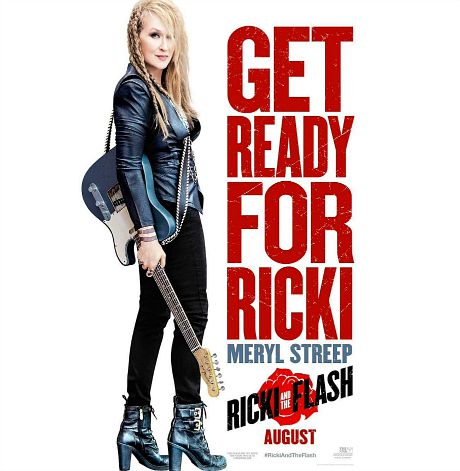