Three or four days ago an Esquire profiler called Miles Teller a “dick” and now Josh Trank‘s Fantastic Four, in which Teller is one of the four leads, opened yesterday to a “breathtakingly bad” $2,829 per screen, according to Boxofficemojo.com, for a likely $27 million by Sunday night. No question about it — Teller’s nose is bloodied right now. He’ll rebound, of course, but that cock-of-the-walk vibe he had last year during the Whiplash hoo-hah…let’s just say these things go in cycles. You get clocked, you’re on the canvas and then you’re up again. Did anyone pay to see Fantastic Four? 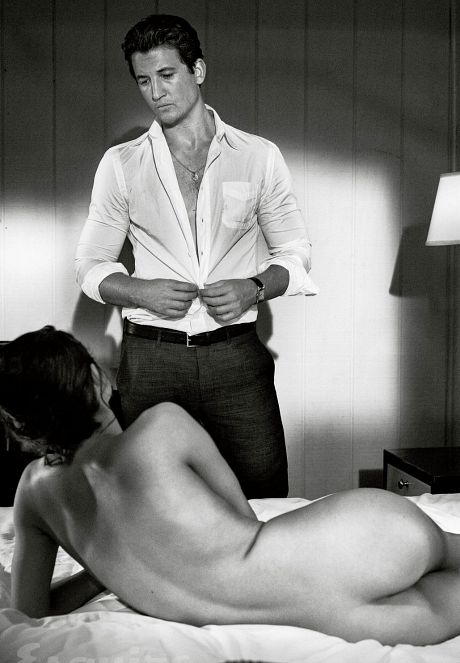 August 8, 2015 4:38 pmby Jeffrey Wells
17 Comments
Mistress America Is A Curious Title, But Everything Else About It Is Close to Sublime

What happened is that the Fox Searchlight guys un-scheduled me for a Mistress America interview with Greta Gerwig, and then yesterday I forgot it was Friday (possibly a subconscious reaction to my feelings being a bit hurt?) so I didn’t attend last night’s Sundance NEXT screening at the Ace Hotel. But that was okay because I’ve seen Mistress America twice now, and I’m convinced it’s one of the most original, high-energy screwball comedies I’ve ever seen. And very much a woman’s thing. Someday the New Beverly will play it on a double bill with Trainwreck, another high-wire act with the stamp of a gifted comedienne. Mistress America opens on 8.14.

Directed by Noah Baumbach but for the most part imprinted with Gerwig’s personality (she stars, co-wrote and is one of the producers), Mistress America takes the screwball genre, which was hatched in the 1930s, and reconfigures and re-energizes it according to 21st Century currents and attitudes, and gives it a New York mood. I haven’t seen Peter Bogdanovich‘s She’s Funny That Way (Lionsgate, 8.21), but my understanding is that it’s also an attempt to reanimate screwball in 2015 terms, and that it’s not as successful. (Mistress America has a Rotten Tomatoes rating of 88% compared to 36% for the Bogdanovich.)

In a 8.7 interview with Time‘s Eliza Berman, Nicolas Cage (The Runner) is quoted as follows: “I think that there was a period in film commentary where it was like the gold standard — I would cite someone like Pauline Kael or Roger Ebert or Paul Schrader — where they were really determining based on the work itself, the film itself, the performance itself. And now, with the advent of this kind of TMZ culture, it sadly seems to have infiltrated the vanguard of film commentary. I see these reviews sometimes where I think…well, you have a right to say whatever you want about my work, and I will listen whether it’s good or bad and see if there’s something that I might work with, but personal issues don’t have a place in film commentary.”

Wells to Cage: Indeed, the era of classic film criticism is more or less over. None of us can go home again. But you’re wrong about “personal issues” having no place in the discussion. The fact is that in today’s digressive, multi-stranded realm movies have to be grist for all kinds of mills. There are too many links and digressions available to readers. There’s obviously nothing wrong with putting on your Dwight McDonald hat and assessing “cinematic merit” but there are many other ways to skin a cat, and one side-aspect of the new reality is that every actor (especially the meta-eccentrics like Cage) appearing in a new movie is like a dead frog in a high-school biology class.

I’m comforted that staffers for the Guardian or the N.Y. Times of L.A. Times or The New Yorker are still doing it the old-fashioned way — sharp, scholastic, knowledgable evaluation the way Kael or Sarris or Canby or Bazin or Agee used to. But it’s a new ball game out there, and you can’t say this or that association is invalid. I can mention any damn impression that I’ve gotten from a film any damn way that I choose. That’s the only way to go these days — say anything, feel anything, live free or die. Compare a film to anything and then take that thought and riff on it like Pharaoh Sanders.

I decided a long time ago, in fact, to be completely open to writing about films from three vantage points, depending on my mood at the time.

11 Comments
Don’t Trust This But… 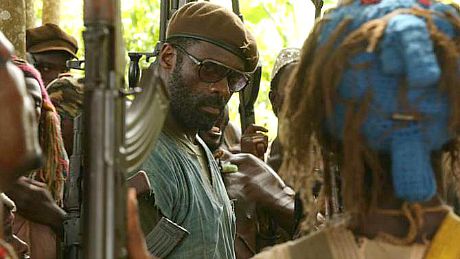