New trailer accompanied by Cannes Film Festival review, posted on 5.18: To me Joachim Trier‘s Louder Than Bombs, an ennui-laden, Euro-style Ordinary People stuffed with the usual suburban, middle-class downer intrigues and featuring one of the most reprehensible teenagers in the history of motion pictures, felt contrived and gently infuriating. Too many aspects felt wrong and miscalculated or even hateful, and once the tally reached critical levels I began to sink into my usual exasperation (faint moaning, leaning forward, checking my watch).

Bombs is about a father and two sons grappling with the death of their wife/mother, and the dysfunctional behavior that emerges in her absence. Dad, a Long Island-based high-school teacher, is played by aging, overly sensitive, watery-eyed Gabriel Byrne. Son #1, a mild-mannered college prof and mystifyingly irresponsible young dad, is played by Jesse Eisenberg, wearing a bizarre straight-hair wig instead of his usual curlies. And son #2, the above-mentioned demon from Hades, is played by Devin Druid.

Isabelle Huppert plays the dead wife/mom — a renowned, N.Y. Times-endorsed war photographer who died some months ago in a local highway accident.

Don’t ask me how or why but earlier this summer I started going steady with Coke Zero. I knew it wasn’t good for me but I figured an occasional small-sized bottle would be okay. Plus I liked the flavor and took faint comfort in the fact that at least it didn’t have sugar. But two or three weeks ago I started to feel a kind of weird chemical sensation in my bloodstream, and I realized that I wasn’t sleeping all that well because of this. My body sensed that it was something in the Coke Zero. Maybe the potassium benzoate, which is used to protect the flavor of the beverage. Or the acesulfame potassium. In any event I suddenly said to myself “what the hell are you doing?” and threw all the Coke Zero out. Here’s a piece by health writer Ted Elliott that looks a little too forgivingly at the ingredients. 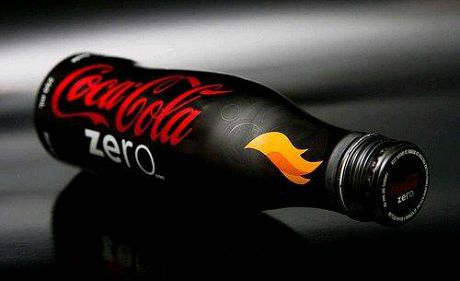 I flipped out this morning when I read Marshall Fine’s pan of Noah Baumbach and Greta Gerwig‘s Mistress America (Fox Searchlight, 8.14). Me: “How could you do this to such a neurotically and luminously alive film? With such a precise and unique voice? With such a timeless theme — i.e., ‘writers are always selling somebody out’? The first reinvention of 21st screwball comedy that holds together & which isn’t an homage to ’30s screwball (like Peter Bogdanovich‘s She’s Funny That Way) and you take a dump on it? Are you proud of yourself?” Fine: “The truth about Greta Gerwig and the emperor’s new clothes (i.e., lack of acting ability) will eventually get out.” Me: “Dead wrong. She’s a manic neurotic 21st Century Carole Lombard.” Fine: “Let’s agree to disagree. Don’t take it so personally.” Me: “You wouldn’t if you were her? Gerwig is doing something exciting here. She’s breaking new ground on top of being a funnier, flakier, taller and less chubby Lena Dunham. In fact she’s not chubby at all.”

24 Comments
“Houston, We Have A Problem…and Her Name Is Oja Kodar” 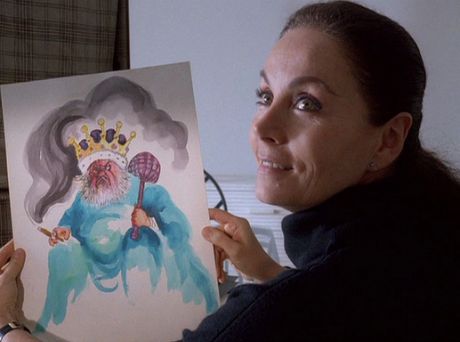 The word since last May is that the burn-through performance in Paolo Sorrentino‘s Youth is given by costar Jane Fonda. Not to take anything away from star Michael Caine, who believably inhabits the life of an 80something conductor as he chills and contemplates while staying at a Switzerland spa, but Fonda owns this movie. It’s just a single short scene between her character, an actress, and Harvey Keitel, a successful director who wants her to play a role in his latest film, but Fonda — trust me, I know what goes — is an all-but-guaranteed contender for Best Supporting Actress. 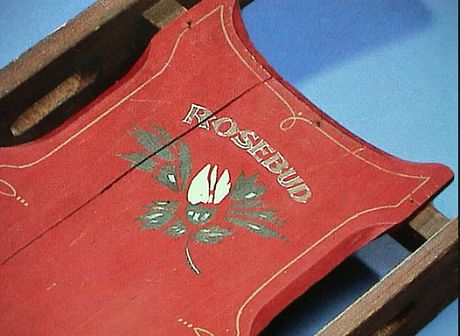 I’m a devout Bernie Sanders believer and supporter as far as it goes. I have a Bernie bumper sticker on my door and Bernie buttons stuck to my saddlebags. But no way was I going to wait in line for three or four hours to get into last night’s Sanders rally as the L.A. Sports Arena. To have done so would have meant abandoning the editing of yesterday’s Bogdanovich piece and not taking the cats to Laurel Pet Hospital so they could get some Comfortis pills for fleas. 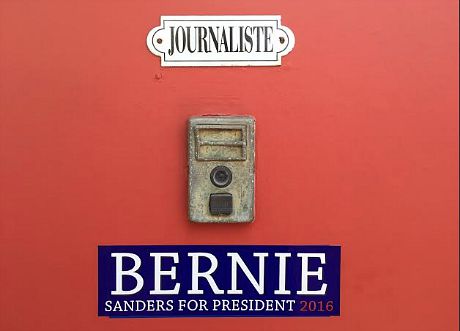