Is this the one in which Bill Murray plays an over-the-hill music industry manager who somehow gets himself stranded in Afghanistan, and then he runs into some Islamic extremists and they decide to kidnap him for a ransom except nobody will pay anything because he’s a has-been so the baddies decide to behead him in a public square? No? That’s another one? Actually this version seems a little funnier. Open Road will open Barry Levinson‘s Rock the Kasbah on 10.23.

Three weeks ago a Gravitas Features spokesperson indicated to me that Colin Hanks‘ All Things Must Pass would not open in September, as Variety‘s Dave McNary had reported last March. But she wouldn’t say when exactly. Since that day the world has been waiting with bated breath to know when we could all put on our trunks and dive into a Tower Records nostalgia pool. Today — Thursday, 8.27 — Gravitas finally stepped up to the plate and announced a 10.16 opening in select theatres “with a VOD release to follow.” Well, yeah, naturally…but when? This is the question, dude. This is our concern. 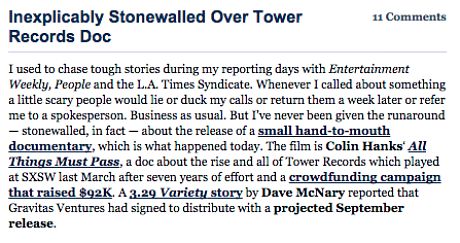 August 27, 2015 5:24 pmby Jeffrey Wells
9 Comments
Gurus to Scorsese: Did You Know That Silence Is Opening This Year?

Four days after the Gold Derby gang posted their annual gut-instinct, know-nothing award season predictions, the good old Gurus of Gold have weighed in with their spitballs. But this time they’re splitting the chart into three categories — (1) Already Widely Seen/Festival-Premiered, (2) Making The Festival Run and (3) Coming in Mid-October or Later.

The most exciting Guru news is an apparent conviction (shared by all except for The Hollywood Reporter‘s Scott Feinberg, Indiewire‘s Anne Thompson and Susan Wloszczyna) that Martin Scorsese‘s Silence will be released this year. That’s not what I’m hearing but if it is, great! But who have these gurus been talking to?

Todd Haynes‘ Carol is the most highly-rated in the first category — no surprise — followed by Inside Out (forget it), Mad Max: Fury Road (thumbs up, agree with Kyle Buchanan), Youth and Brooklyn.

Among the Making The Festival Runners the highest ranked are The Danish Girl, Steve Jobs (current HE fave), Spotlight, Black Mass, Trumbo and Suffragette. The follow-ups in this category are Our Brand Is Crisis, I Saw The Light, Where To Invade Next, The Program, Room, The Lady In The Van, Legend and Beasts of No Nation.

Screen Archives is accepting pre-orders for a Bluray of James Foley and Nick Kazan‘s At Close Range for $29 and change — call it $30 plus shipping. Last August I rented an Amazon digital stream of this 1986 classic for only $4, and it looked really great. (You’re not going to convince me that the Bluray looks better.) And it’s purchasable for $15. It’s vaguely unsettling to consider that this rural Pennsylvania crime film is nearly 30 years old. 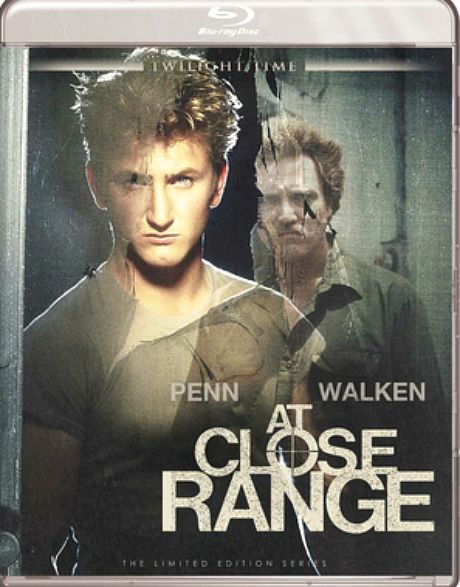 What kind of vile hell-hounds would destroy a 2,000 year-old Syrian temple — a UNESCO Heritage site? Answer: the same kind of vile hell-hounds who cut off heads for You Tube hits. And the world is basically saying, “Too bad but not our problem.” On July 27, 1942 around 4,000 paintings (Klee, Miro, Picasso, Dali) were incinerated by Nazi authorities outside the Jeu de Paume in Paris, but to blow up the ancient temple of Palmyra? ISIS regards ornate tombs and statues as idolatrous. Last week they beheaded Khaled Asaad, 81, the chief archeologist of Palmyra, accusing him of being “director of idolatry” at the site. These guys (approximately 20,000 strong) need to be herded into a deep pit and buried alive. 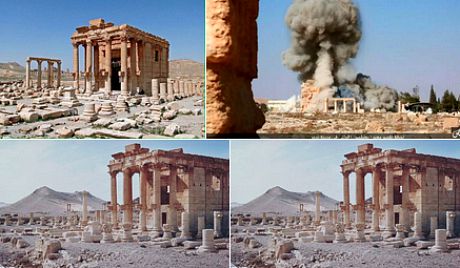 No reviews or social media postings on Baltasar Kormakur‘s Everest (Universal, 9.18) until the wee hours of September 2nd, but I can at least say that before last night I was convinced that Kormakur was more or less the new Renny Harlin. Kormakur’s Contraband and 2 Guns, a pair of negligible, jizz-whizz Mark Wahlberg actioners, were enough to persuade anyone of this hypothesis. I’m not saying anything about anything, but it’s a major knockout feeling and an eye-opener when a guy you’ve more or less written off suddenly conveys that he has a lot more in his quiver.

Earlier this month three or four different versions of posters for Tom Hooper‘s The Danish Girl somehow leaked out. They were quickly squelched by Focus Features. Now the final approved version has popped, and for whatever reason the FF guys have decided to go with a swoony, softly focused, amber-toned image. A portrait of Eddie Redmayne/Lili Elbe and Alicia Vikander/Gerda Wegener minus any sharpness or any light-of-day neutrality…a yesterday vibe, edges sanded down, not too much definition. The poster is telling us that the key story element isn’t the transition itself but “a love story that knows no gender” — i.e., the fact that Vikander stays the course. 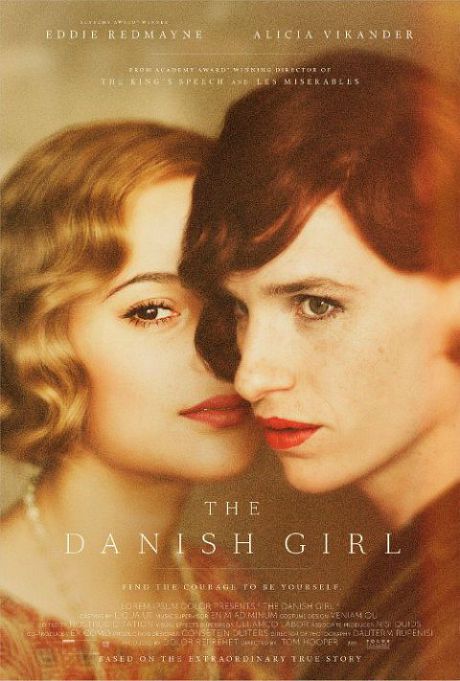