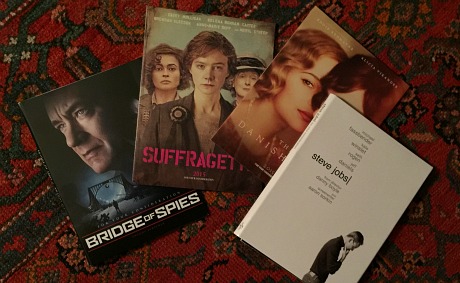 For me the most exciting Bluray announcement in recent days is the March 2016 release of Kirk Douglas and Richard Fleischer‘s The Vikings (’58) via Kino Lorber. The Vikings is one of the few large-format epic films (shot on 8-perf Technirama, the process used for Spartacus) still unreleased in Bluray/high-def. This will be the first time that a comprehensive, highly detailed capturing of Jack Cardiff‘s handsome cinematography will be viewable in over 55 years. In my book this as thrilling as Universal’s forthcoming Bluray of a restored One-Eyed Jacks, which was shot in VistaVision. Kino Lorber doesn’t do 4K as a rule but a 2k rendering would be nice. 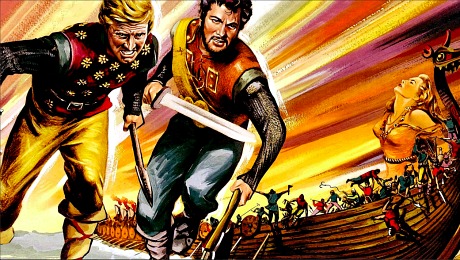 The last time I saw Bob Dylan perform was at the Auditorium Theatre in Chicago in April of 2005, and he was into a kind of scat-singing back then and putting aside guitar for the keyboard. I loved the way fiddler Elana Fremerman (of Hot Club of Cowtown) kept making goo-goo eyes at Dylan, and loving the crisp, tight-sounding band. But I also remember feeling a little sad that Dylan didn’t sound like his ’60s records. He had long since stopped singing straight and plain and just, you know, hitting notes and massaging the phrasing like he did in D.A. Pennebaker‘s Don’t Look Back (now on Criterion Bluray). Because he can’t repeat himself, has to change, has to shift gears to stay fresh and alive. I get it but I still miss it.

It was amusing just now to watch Barbra Streisand step up to receive the 2015 Presidential Medal of Freedom from President Obama at the White House, and to watch her facial expression flinch ever so slightly when the guy reading a few salutory words refers to her career having lasted “six decades.” In fact it’s lasted just over five decades (or not quite five and a half) with Streisand having begun to become known as a gifted singer in ’61, but who didn’t really get rolling until ’62-’63. The moment I’m referring to happens toward the end of this video. 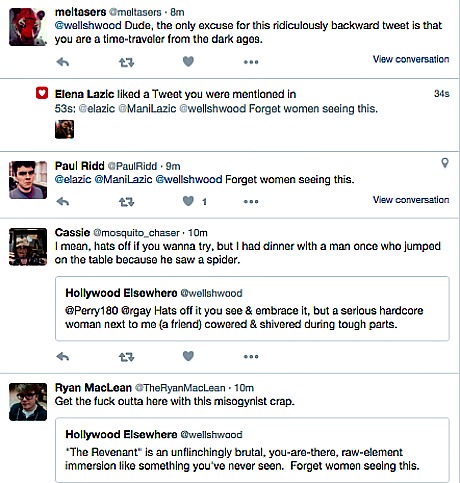 Congrats to all the 2016 Spirit Award nominees, particularly Carol and Beasts of No Nation for having landed six each. Spotlight landed four noms plus a pre-determined Robert Altman award for ensemble acting. Best feature noms were handed to Carol, Spotlight, Beasts of No Nation, Anomalisa and Sean Baker’s Tangerine. And no Best Feature nom for Love & Mercy, which is 15 or 20 times the movie Tangerine is? Fuck is that about? Be honest: If Tangerine had been shot on a bigger budget with an Alexa HD instead of an iPhone 5, would it have even been nominated? 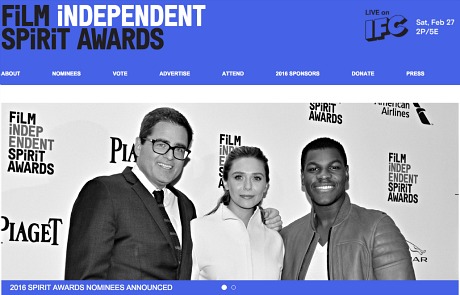 It seems to me that Cate Blanchett and Rooney Mara snagging Best Actress noms is a pushback to the Weinstein Co. narrative of Blanchett being lead and Mara supporting.

Here are the 2016 Spirit Awards noms with a few HE favorite and Likeliest To Win distinctions on a per-category, whenever-I’m-into-it basis:

Best Feature: Anomalisa (not a wisp of a chance), Beasts of No Nation, Carol, Spotlight (HE Favorite, Likeliest To Win), Tangerine (double forget it).

The Revenant is an experience I’ve never had before. It’s totally its own beast. This is not a movie for sissies. A female friend sitting to my right frequently hid her eyes. It’s beautiful, fierce, immersive, delirious. Submerged in ice, arctic air, brutality and a kind of artful oppression. An ordeal of blood, agony, survival, snow, ice water, wounds and steaming horse guts. Great cinema is not always easy to absorb because it often challenges. It can sometimes feel hard or difficult, gnarly, awesome, almost too much…but it almost always sticks with you. I’m presuming The Revenant will do this. F.X. Feeney and I were talking after tonight’s screening of The Revenant, and he thinks it’s going to gather steam and percolate and sink into more and more systems as the years pass by. He compared it to Michael Mann‘s Heat in this respect; I was thinking it might eventually acquire the kind of rep that The Shining has now. Oh, and I fell completely in love with Ryuichi Sakamoto‘s simple, majesterial score. 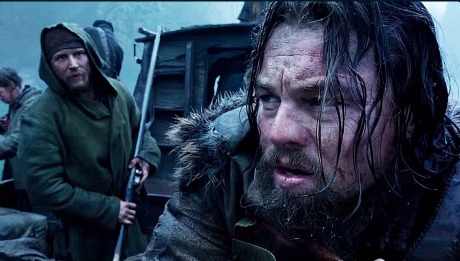