The time for David O. Russell‘s Joy (20th Century Fox, 12.25) draws nigh. A flurry of press screenings will begin next Wednesday, and there are two showings for the Academy/guild crowd this weekend. It’s obviously presumptuous to talk Best Picture odds, but right now it’s still Spotlight on top with The Revenant having dropped a notch or two, basically because it’s the new 12 Years A Slave. (David Poland: “My personal take is that The Revenant will not resonate much with Academy voters…others disagree.”) If Joy turns out to be a heavy hitter it’ll be a Spotlight-vs.-Joy thing all through December, January and February. I’m persuaded that The Hateful Eight won’t seriously compete, and that Star Wars: The Force Awakens will be a huge financial hit. If there’s a Best Picture sleeper out there it’s Creed, but there’s another formulaic entertainment (i.e., The Martian) in Best Picture contention already — the only Creed contenders that seriously pop are Sylvester Stallone for Best Supporting Actor and composer Ludwig Goransson.

Repeat/collage/refining of previous turkey-day sentiments: “I don’t feel an obligation to state what I’m thankful for because the calendar says this is the day to put your feelings on the table. I feel thankful 24/7/365. Mainly for my life and career having turned out fairly well. The success of Hollywood Elsewhere has been earned brick by brick, phrase by phrase, sweat droplet by sweat droplet. The talent and discipline that made this happen weren’t granted except by way of genetic inheritance, but I’m enough of a meditative mystic to understand that luck is a big part of things, and so I’m grateful, very grateful, for the luck that has come my way. And for my two sons and my friends and occasional romantic flames and my two cats, and the feeling of being loved or liked or aligning with others in whatever way. I’m hugely grateful that I wasn’t born to a middle-class, downmarket family in Nebraska or Montana or to some resigned, lethargic, drinking-class environment. I’m thankful that sobriety is now the basis of my life, and that I don’t eat turkey or mashed potatoes or yams or sweet potatoes or any orange-colored vegetable. I love Thanksgiving downshifting because it means a major Bluray and high-def submission for a day. Except I haven’t gotten around to that.”

Will Smith to The Hollywood Reporter‘s Scott Feinberg: “As I look at the political landscape, I think that there might be a future out there for me. They might need me out there. This is the first year that I’ve been incensed to a level that I can’t sleep, you know? So I’m feeling that at some point, in the near future, I will have to lend my voice to the conversation in a somewhat different way.” Of course, Smith doesn’t expend so much as a single breath explaining what precisely has “incensed” him so much. Donald Trump? Police shootings of black detainees? He’d rather not say, but he’d like go into politics and may run for something because “they might need me”? Smith has never been a wonky, details-driven guy — he’s always relied on charm. But if he decided to get wonky and serious….naahh, a leopard can’t change spots.

“When Donald Trump said he would bring back waterboarding as an interrogation tactic against terrorism suspects, and added, ‘If it doesn’t work, they deserve it anyway,’ an older couple behind the group of teenagers threw back their heads in utter delight. ‘Amen,’ the woman said. ‘Oh, my God,’ one of the high school girls said. Another covered her mouth in shock.

“Then, when Mr. Trump began talking about surveillance of refugees, the college-age couple standing in front of the students began chanting, ‘Hating Muslims helps ISIS!’ The students were caught off guard, but after a moment of uncertainty, some of them joined in.

“Steven Hopkins [of Waverly, Ohio] leaned over and screamed, ‘Shut up!’

“Mr. Trump stopped his remarks and looked toward the commotion with disgust. ‘Two people, two people,’ he said dismissively of the couple, as the crowd started booing and the people around them began shouting. ‘So sad,’ Mr. Trump said. ‘Yeah, you can get ’em the hell out.’ 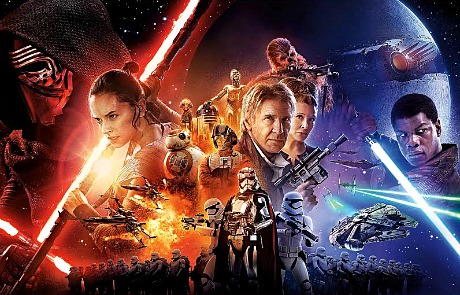