Okay, “Happy New Year” to one and all…but I might as well say that on January 5th or June 2nd or whenever. New Year’s Even is a silly, clueless ritual, and here’s to Hollywood Elsewhere’s time-honored tradition of completely ignoring it. Really. As I first remarked in ’07, nothing fills me with such satisfaction as my annual refusal to attend a NYE party or take part in any celebration whatsoever, especially in the company of idiots making a big whoop-dee-doo about it. But here’s to HE’s own Svetlana Cvetko and partner/editor David Scott Smith, who are sojourning in Paris right now. (Hi, guys!) HE readers are sick of my saying over and over that my all-time best New Year’s Eve happened in Paris 15 years ago during the ’99-into-’00 Millenium year. The kids and I stood two city blocks in front of the Eiffel Tower and watched the greatest fireworks display ever orchestrated in human history. And then we schlepped all the way back to Montmartre at 1:30 am with thousands on the streets after the civil servants shut the metro down.

Ciro Guerra‘s Embrace of the Serpent Embrace of the Serpent played the Directors’ Fortnight section at the 2015 Cannes Film Festival and is on the nine-film shortlist for Best Foreign Language Film at the 88th Academy Awards. It will screen the 2016 Sundance Film Festival before opening domestically on 2.17. Pic “tells two stories, taking place in 1909 and 1940, both starring Karamakate, an Amazonian shaman and last survivor of his tribe. He travels with two scientists, Theodor Koch-Grunberg and Richard Evans Schultes, to look for the rare yakruna, a sacred plant. The film is loosely inspired by the diaries written by the two scientists during their field work in the Amazon.”

Terrence Malick‘s Knight of Cups, which spent two years in post before debuting at the 2015 Berlin Film Festival but which won’t open stateside until 3.4.16, is streaming on pirate sites left and right, and in a nice high-def condition at that. I’m sorry but it is. I’ve never watched a film on a torrent site and I’m not about to start now, but I corresponded earlier today with an HE regular who reports as follows: “I saw it on mkvcage.com. It’s a 1080p source compressed to 720, and definitely a good one. When stuff shows up on these sites and are classified as web downloads that usually means someone grabbed it from a VOD site. So they look and sound like Bluray. A lot of times they are snagged from iTunes. I didn’t see it on there so I was wondering what the source was. It’s the real deal though. Not like those Academy screeners floating around.” The film, which costars Christian Bale, Natalie Portman and Cate Blanchett, opened in mid November in Taiwan, Australia and South Korea, and in France and Brazil in late November. The German Bluray pops on 1.14.16 — about two weeks hence. 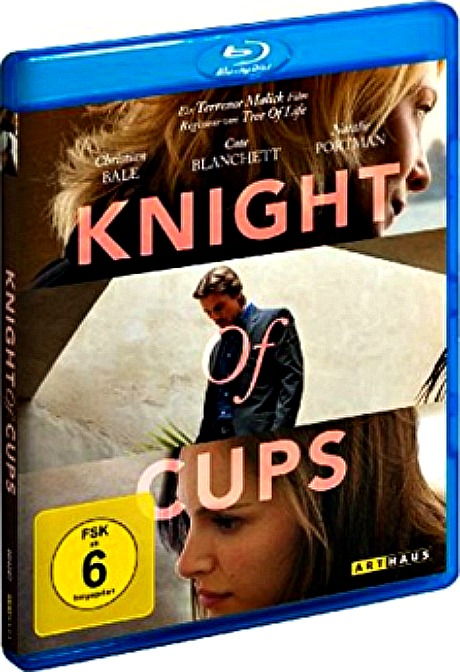 I’ve been allowed to catch the first six episodes of The People vs. O.J. Simpson, the ten-part “American Crime Story” miniseries (exec produced by HE pallies Scott Alexander and Larry Karaszewski and directed/co-produced by Ryan Murphy) that FX will launch on Tuesday, February 2nd. It’s way too early to comment but I can at least say the show is very, very good — “epic”, engrossing, smartly written, expert performances up and down, well handled in nearly every respect. It plunges you right back into that tragedy, right back into that media storm and all the “dream team” bullshit and the prosecutors who didn’t understand how to play the game like crafty Johnny Cochran did. (I wonder how Simpson trial juror Brenda “Moron” is faring these days.) 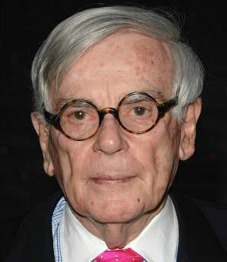 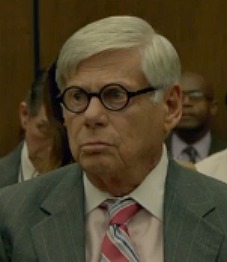 One of the many performances I was highly impressed by was that of Mad Men‘s Robert Morse as author and investigative journalist Dominick Dunne, who covered the Simpson trial for Vanity Fair from late ’94 to late ’95. (For whatever reason Morse’s credit isn’t on his own or the show’s Wikipedia/IMDB pages.) But my brain did an odd thing after first spotting him in…whatever, episode #4 or #5. My first thought was “hey, is that Bob Morse?” but then I said to myself, “But of course it’s not because Morse died a year or two ago.” Not. Somehow my lulled and lullaby-ed self had drifted into a notion that Morse himself had passed because his last scene on Mad Men, that last musical number that Don Draper sees and hears in his head, felt so complete and poignant.

“There you are, somewhere near the Missouri River, on a freezing day. You’ve got no place to stay so what do you do? You check into a horse. If you’re Hugh Glass (Leonardo DiCaprio), the hero of The Revenant, that is your preferred method, and it’s hard to quarrel with, though it can’t be much fun for the horse. You slit open the belly, tug out the guts, strip naked, crawl inside, read a little light fiction for a while, and nod off.” — from Anthony Lane‘s New Yorker review, in the 1.4.16 edition.

For decades a certain neorealist classic was known as Vittorio DeSica‘s The Bicycle Thief. But then eight years ago the Criterion guys came along and used the unfortunate original Italian title — Bicycle Thieves (i.e., Ladri di biciclette) — when they released their remastered DVD. They’ll be sticking with this, of course, when the Criterion Bluray pops in late March 2016. When the film opened in the U.S. in late 1949, the U.S. distributor Mayer-Burstyn (co-run by Arthur Mayer and Joseph Burtsyn) went with the more elegant singular title, and that stuck for nearly 70 years until Criterion came along and literalized all to hell. 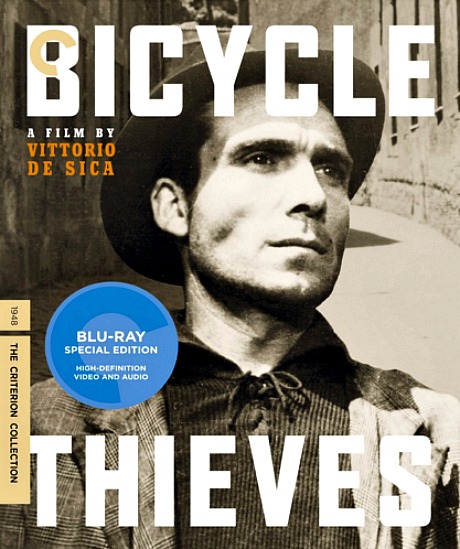 The Bicycle Thief is the title of a poem. Bicycle Thieves is a phrase in a police report (i.e., rapporto della polizia).

DeSica’s post-war drama is about a poor, struggling husband-father (Lamberto Maggiorani) who becomes desperate when a bicycle he needs for a new job has been stolen. His young son is played by Enzo Staiola. Most of the film is about Maggiorani’s unsuccessful attempt to find the stolen vehicle. It climaxes when, at wit’s end and desperate to hold onto his job, he steals someone else’s bike, and is quickly seized by authorities. Thus (and be warned, what follows is one of the most groan-worthy observations ever made by a reputable film critic in world history) the alternative U.S. title is “misleading”, in the view of The Observer‘s Philip French, because “the desperate hero eventually becomes himself a bicycle thief.”

Good God, man! The singular title is far more intriguing because it allows the viewer to decide if it refers to thief #1 or thief #2. (The presumption during the first 90% is that the title refers to the former; the heartbreaking finale suggests the latter.). By not being precise it suggests that the term “bicycle thief” may refer to anyone who is poor and hungry and driven to criminality out of desperation — it universalizes the singular. And the use of the plural “thieves,” of course, tells the first-time viewer to expect a second felony to punctuate the story sooner or later, thereby diluting the effect when it happens.

15 Comments
Cards On The Table

Two recycled stories about male behavior and character. As perceived by women on dates. They may sound disparate but they share a theme, which is that women respect guys who are frank and don’t shilly-shally around.

When Elaine Stritch died 18 months ago I posted a story she recounts about John F. Kennedy in Chiemi Karasawa‘s Elaine Stritch: Shoot Me. It happened in Manhattan in the late 1940s. She was about 23 or 24 at the time, and wouldn’t be losing her virginity, believe or not, until she was 30. They had a nice first date and then went out a second time. When they got back to her place she said, “Do you want to come up for a nightcap?” Kennedy said, “Does that mean what I think it might mean, or does it mean listening to records and looking at photo albums and eating butterscotch pudding?” “It means butterscotch pudding,” Stritch said. “Well, no offense but I’m not interested in that,” JFK replied, “so I’ll just kiss you good night and wish you well and see you the next time.”

And Stritch said to herself when she got upstairs, “That guy is going places. He wants what he wants, lays it on the line, doesn’t mince words and is courteous but frank.”