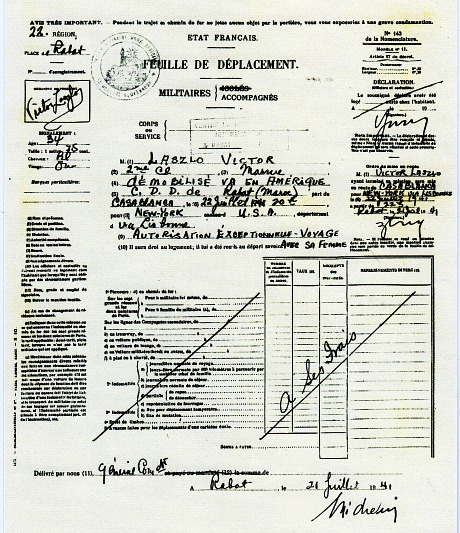 Imagine how much bolder and stronger — sexier, certainly — this scene from Rainer Werner Fassbinder‘s Love Is Colder Than Death (’69) would be without the cigarette fetish. Lighting the fucking cigarette, extinguishing the flame, sucking in the smoke, lighting another one, blowing the smoke out…God. Props which signify nothing so much as emotional cowardice, and which actors the world over rely upon to this day. Ulli Lommel is pretty like Alain Delon but Gisela Otto is ravishing. And yet all Lommel can talk about, deadpan-style, are adolescent acts of rage and malevolence. Fascinating.

Inarritu thought #1: “Why can’t we trust that people can have an incredible, spectacular, exciting rollercoaster, but with respect of their intelligence? Why do big films, these pizzas and these hamburgers, have to be about nothing?   [Why do] they have to extract any intelligence or humanity or truth from [these films]…why?”

Inarritu to Ryuichi Sakomoto: “The only thing I said to him was that I think the silences and the sound of nature are going to be so important…minimalistic…the music has to be like a breeze, without really taking over.”

Inarritu thought #2: The Revenant is “a commentary about how this time [the frontier exploration days of the early 1800s] that has been portrayed as individualism, as the heroic American dream…was actually a story of huge greed, amazing exploitation of human beings…this is the seed, for me, of the capitalism that we live in now: completely inconsiderate of any con­sequences for nature.”

Two weeks ago I requested readers to post or send in their personal, straight-from-the-heart 2015 Top Ten lists (i.e., “Calling All List Queens“). I realize that The Revenant doesn’t go wide until next Friday (1.8) but I need to put the hubba-hubba to the road. Today marks the last four days of the polling period, which ends on Monday, 1.4. As mentioned earlier HE reader Adam Lapish is collating the info. Once it’s all finished I’ll post the list as a sink-in thing that’ll hold for a day or so.

Three days ago I mentioned that Hollywood Reporter critic Todd McCarthy had chosen The Tribe, a vocally silent Ukranian film about violent thieves and pimps at a boarding school for the deaf, as his #1 2015 film. Intrigued, I asked for an online screener and was graciously sent one by a Drafthouse rep. Reaction: I got through it. Barely. Obviously striking and “different,” but at the end of the day The Tribe is basically a stunt film. And too long. I admired the static camera strategy but half the time I was in the dark about what was actually happening or being “said”. The abortion scene was gruesome and painful, but it strains credibility that the gang is dependent on two (2) girls turning tricks in trucks. Two? And the girls have nothing to say about this? They’re terrorized into compliance and never give a moment’s thought to escaping, informing the staff, going to the cops? Yes, I understand that it’s some kind of reflection of Russian society back in the mid to late ’90s, in the chaotic aftermath that followed the overturn of Communism, etc. But knowing that doesn’t help. Respect for the concept but this is the last all-silent film about psychopathic Ukranian deaf kids that I watch for a while. Yeesh. On the other hand I’m not likely to ever forget it. “Misery porn” indeed.  I’m sorry.

With the exception of curious oddities like The Artist or jackpot favorites like Return of the King or Slumdog Millionaire, Best Picture Oscar winners tend to deliver some kind of capturing or vacuuming of the American current — a piece of the culture, the experience, the heartbeat, the anxieties, the hustle, the broken dream. Spotlight, American Beauty, The Hurt Locker, Crash, Million Dollar Baby, No Country for Old Men, The Departed, A Beautiful Mind — all of these films have flirted with this general element, as did many of their competitors (The Social Network, Brokeback Mountain, Traffic, In The Bedroom, Sideways, Capote, Michael Clayton). So which 2016 films fit this profile? Which appear to have the basic ingredients (at least aspirationally) of a Best Picture winner?

Damn few, and possibly fewer than that. I don’t know anything (who does?) but I have a fairly good nose for this stuff, and right now I can’t smell any films on the 2016 slate with any kind of serious Best Picture jangle. I’ve said it before and I’ll say it agin — 2016 looks and feels weak.

Two days ago I posted my latest 2016 roster riff (“Likely 2016 Quality Contenders: Second Pass”). I’ve refined it since and re-classified a few films on the list, but boil it all down and there seem to be only four or five films that fit HE’s Best Picture paradigm, at best, and not even these when you think twice about them — David Gordon Green‘s Stronger (real-life guy’s recovery from the Boston marathon bombing tragedy), Ang Lee‘s Billy Lynn’s Long Halftime Walk, John Hancock‘s The Founder (biopic of McDonald’s kingpin Ray Kroc), Jodie Foster‘s Money Monster (political thriller) and Gary Ross‘s Free State of Jones (historical race-card drama).

Uh-Oh Factors: (a) David Gordon Green doesn’t do Oscar-friendly (anyone see Our Brand Is Crisis?), (b) Ang Lee might be slightly out of his depth with the downish-sounding Billy Lynn’s Halftime Walk, (c) the story of Ray Kroc sounds a little ho-hummy and predictable, (d) the basic plot driver in Money Monster (financial TV personality is held hostage by a viewer who lost all of his money after following a bad tip) sounds tight and confining, and (e) Ross has made a couple of decent mid-range social dramas (Seabiscuit, Pleasantville) but he’s not & never will be an award-season power hitter; plus he has a lifetime demerit for directing the first Hunger Games.