Just received: “The Creative Coalition has 1 room available to sell within TCC’s discounted hotel room block at the Doubletree by Hilton (formerly The Yarrow Hotel), 1800 Park Avenue, Park City, Utah during the Sundance Film Festival. Five nights — Thursday, 1.21 thru Tuesday, 1.26 — for $2,990.” Hollywood Elsewhere’s suite at the Park Regency cost less than two-thirds that amount for an entire two weeks (1.16 thru 1.30), and it has a full kitchen, fireplace, bedroom plus bunk beds, ideal location, nearby convenience store, etc.

“I wouldn’t say that Westerns were a big influence on The Revenant at all, really. I was looking more toward things like Dersu Uzala by Kurosawa, Tarkovsky’s Andrei Rublev — which is maybe my favorite film ever — Herzog’s Aguirre, the Wrath of God and Fitzcarraldo, even Apocalypse Now. These are movies that are epic, that have spectacle and are very grand statements, but are informed by the crazy fucking theatrical show that is the human condition. The beauty and harshness of nature impacts your state of mind in these movies. There’s a very intimate point of view from one single character in each. That’s the challenge. Anyone can film a beautiful landscape. Unless you have an emotionally grounded story in there, it’s all just fucking sorcery.” — Alejandro G. Inarritu speaking to Film Comment‘s David Fear in the February 2016 issue. 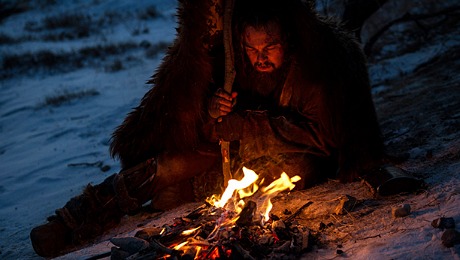 Cheers and salutations to The Playlist‘s Jessica Kiang and Oliver Lyttleton for having posted the most comprehensive list of 2016 films that I’ve seen anywhere. I’ve been updating my own 2016 rundown (the most recent re-edit appeared on 12.30) so I’ve isolated 31 of Kiang and Lyttleton’s titles that I’ve previously ignored. Several are intriguing; about half seem minor-ish or less than fully wowser but let’s not pre-judge. I’ve listed them in order of highest HE interest. All synopses written by Kiang/Lyttleton. A reposting of most recent 2016 summary follows:

The Discovery (d: Charlie McDowell) Cast: Rooney Mara, Nicholas Hoult. Synopsis: A love story set a year after the existence of the afterlife has been scientifically proven.

Loving (d: Jeff Nichols) Cast: Joel Edgerton, Ruth Negga, Michael Shannon, Marton Csokas, Nick Kroll. Synopsis: The true story of Richard and Mildred Loving, an interracial couple sentenced to prison in Virginia in 1958, and then exiled from the state for the crime of getting married, and their nine-year fight to be able to return home as a family.

Salt And Fire (d: Werner Herzog) Cast: Michael Shannon, Gael García Bernal, Werner Herzog, Veronica Ferres. Synopsis: Two men on opposite sides of a clash over an ecological issue in South America must put aside their differences and work together to avoid disaster when a nearby volcano presents eruption signals.

James “Jimmy” Shaw, Jr., a moron, posted this accident video on his Facebook page two days ago. Carman Tse posted it a couple of hours ago on laist. It happened just over a year ago on the Angeles Crest Highway. Who speeds through a tunnel without knowing what the road will do once the tunnel ends? Shaw lucked out but what an asshole.

The Golden Globe Awards are happening Sunday at 5 pm Pacific. Predicting the final preferences of those 93 Hollywood Foreign Press Association members is, of course, lacking in dignity. Plus it lends an aura of unwarranted respect. But this is the world I live in and the business I’ve chosen so here we go: 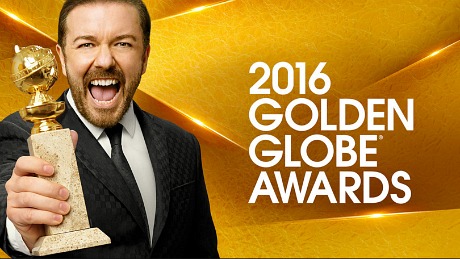 Los Angeles has been waiting for months for the current El Nino rains, which will last until Friday and are expected to deliver about three inches. More of this discomfort, please. Local news channels, of course, need to try and scare people. If they don’t do this nobody will watch. And so they’re talking about mudslides and anything else they can think of that will darken the picture.

I’m with the weepers. The rightwight gun culture is completely pathetic and sickening. The N.Y. Daily News editors have my complete respect and allegiance. Here’s hoping that a gun loon asks a question of President Obama and Anderson Cooper during CNN’s Town Hall on guns, airing Thursday at 5 pm Pacific. Gun culture is (a) 40% fear of the flanking, outnumbering and marginalization of rural conservative white-man culture, (b) 35% small penises and (c) 25% romantic attachment to the American legend of the solitary gunslinging stud (i.e., a lot of powerless pot-bellied white guys who want to be Alan Ladd in Shane). 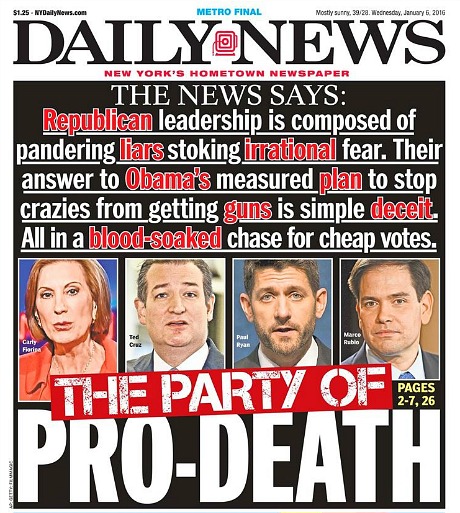 This on-target Martian commentary is arriving a little late. The Honest Trailer guys always wait until a film has been out a fairly long while…right? They never seem to post when a film is fresh and alive in the conversation — always when it’s all but played out. The Martian opened on 10.2. If the Honest Trailer guys had any balls they would have posted by early to mid November.

http://11foot8.com/, a site run by Jurgen Henn, documents the dozens of truck-top shavings and decapitations that have occured due to an especially low train-track bridge in Durham, North Carolina — a clearance of 11 feet, 8 inches. Here’s the official YouTube page.