Despite all the things that are cloying, miscalculated, rightwingish or even grotesque about Michael Bay‘s 13 Hours, I still say it’s a thrilling, expertly assembled actioner. Please weigh in, and share observations about the crowd you saw it with, what they were saying afterwards, what friends have said, etc.

Yesterday Variety‘s Elizabeth Wagmeister quoted producer Jerry Bruckheimer, a supporter of Republican presidential candidate Jeb Bush, offering some admiring words about Donald Trump. “Listen, he’s an interesting, very successful man,” Bruckheimer said during a Television Critics Association press tour in Pasadena, where Bruckheimer was plugging the Fox series Lucifer. But he didn’t call himself an out-and-out Trump supporter. “I like ’em all,” he said of the various candidates. “I want to see who comes out ahead and I’ll support who I believe will be best for our country. The American people will decide who they want to support.” I can think of a lot of things to call Trump, but “interesting”?

Three days ago I was on my way to returning a SIXT rental car (La Cienega south of Wilshire) when I decided to pick up my Beatle boots from a West Hollywood shoe guy. They were too tight so I’d asked him to stretch them out. I wasn’t wearing socks but I put them on and they fit well enough. I impulsively decided to ask the guy to repair the banged-up suede mocassins I was wearing, so I wore the Beatle boots from then on. Or at least until I’d dropped the car off and began walking back to the pad. My bare heels began rubbing against the inner boot and were starting to really hurt. So I went into a men’s store opposite the Beverly Center and bought a pair of socks.

But with the socks on I discovered that the Beatle boots were too tight again. So the hell with it — I walked the rest of the way home in the socks, carrying the boots in a plastic bag. At that moment I was the only sober guy in Los Angeles who was walking on a major boulevard in socks — nobody else was doing that. I had to stare at the sidewalk the whole way, of course, as I had to watch for stones or shards of broken glass.

Last night I asked HE Photoshop guy Mark Frenden to attempt a paste job over Dennis Hopper and/or Bruno Ganz‘s face on an original American Friend poster from Germany. I’ve long felt an affinity for the noirish, neon-lit mood and ambiance in this poster. “That’s me,” I told myself when I first saw it. “That’s where my heart and soul are at.” (The poster inspired me to pitch a column to several magazines called “Hollywood Weltschmerz.”) I’ve been planning to attempt this for years, but my Photoshop skills are shit. Hat tip to Frenden — a master at this stuff. (Here’s the full-sized version.) 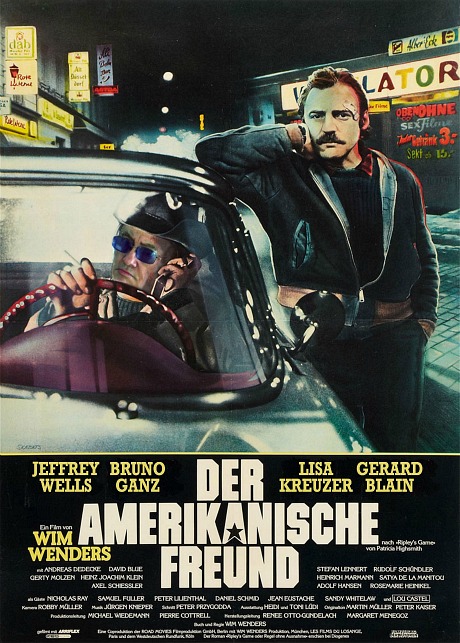 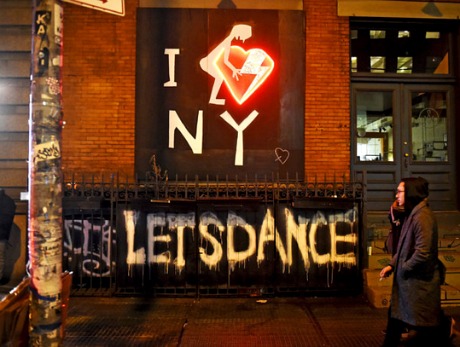 Yesterday The Hollywood Reporter‘s Scott Feinberg singlehandedly energized the Best Actress Oscar race by NOT half-yawning and muttering “Brie Larson, of course it’s Brie Larson…she’s totally locked” like every other fucking Oscar pundit out there, but by suggesting that Charlotte Rampling, whose 45 Years performance is easily the year’s finest, may be in a better position to win. 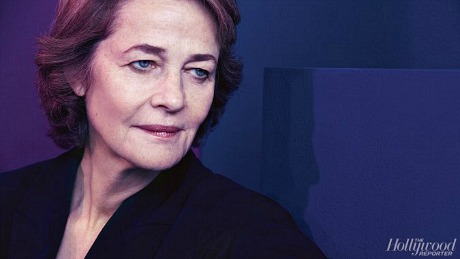 The great Charlotte Rampling, star of 45 Years and now a possible Best Actress frontrunner. Maybe. If you follow the thinking and calculations of Scott Feinberg.

“The Best Actress race just got a lot more interesting,” Feinberg wrote yesterday morning. “Room‘s Brie Larson, 26, and Brooklyn‘s Saoirse Ronan, 21, were expected to duke it out for the win, but the far-from-assured nomination of Joy‘s Jennifer Lawrence, 25, might further split the support of people who want to champion a young up-and-comer, to the benefit of the revered veteran Charlotte Rampling, 69, a first-time nominee, for 45 Years.”

The words “first-time nominee” coupled with Rampling’s age, which in the wake of the deaths of David Bowie and Alan Rickman is a reminder that it’s all over too quickly (a couple of days ago somebody tweeted that “69 is the new 27”), may prompt older GenX and boomer-aged Academy members to vote with a generational attitude.

I wrote Feinberg yesterday about the Rampling thing, and here’s what he said:

“I’m certainly not rooting for or against anyone in the category, and I reserve the right to change my pick as events unfold over the coming weeks. But many voters have responded in a major way not only to Rampling’s performance, but also to her personal narrative, and the fact that she’s pitted against three ‘It’ girls who are all 26 or younger (Larson, Ronan and Lawrence) is much better for her than if it was one-on-one sort of contest.

“‘Which of these things is different?’ many ask themselves when filling out a ballot, and Rampling surely is. Plus she’s someone whose name and work they know far better than her competitors. So we’ll see.”