I’m sorry for losing track of the name of the guy who created this, but it’s fairly spot-on, I must say. If anyone knows his name, please advise. 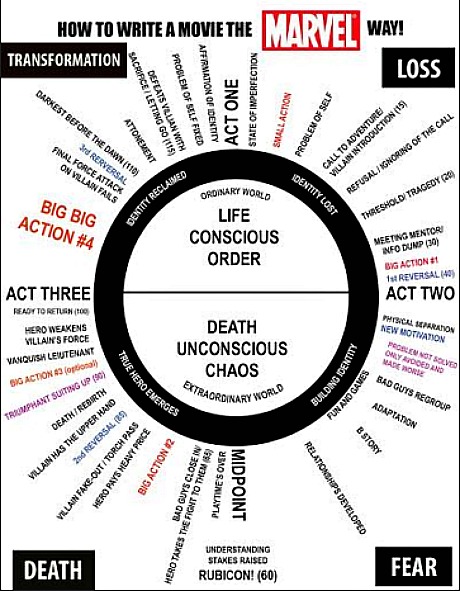 31 years ago I worked on Tim Burton‘s Pee-Wee’s Big Adventure (’85) under my immediate publicist employers, Bobby Zarem and Dick Delson. The guy we spoke with the most was producer Robert Shapiro (i.e., not the O.J guy…another one). I never spoke with Burton or Pee-Wee (i.e., Paul Reubens) but Zarem came up with a notion of trying to lure big-name celebrities to do walk-on cameos in the film….gratis. A letter went out asking 35 or 40 celebs to consider the idea; in each envelope was a hand-written note from Reubens. I was told to fold and lick each envelope and then personally deliver them over a weekend, and so I was given the personal addresses of Jack Nicholson, Johnny Carson, Ali McGraw, et. al. I have to admit that driving around and getting through the security gates and visiting these royal abodes (especially Nicholson’s pad) was pretty cool.

I noticed a month or so ago that the sound is a half-second late when I’m watching domestic Blurays. That’s the fault of either (a) my Oppo BDP-93 Bluray player or (b) the sound settings on my Samsung 60″ plasma or (c) the Samsung sound bar, which has an AV synch button that allows you to toggle forward or backward. An Oppo tech guy told me I can’t just reset the sound — I have to reset the whole player, which means recalibrating all the settings. He said that before that happens I might want to fiddle around with the sound bar synch button, and so I did. This caused an infuriating sound echo effect that I can’t rid of. I became so furious at the Oppo guy and the Big Sleep Bluray and Humphrey Bogart and…you know, life in general that I started calling around for a tech guy who could come in and restore everything. Yes, this is analogous to calling AAA to change a flat tire. Yes, I just want the agony to stop. This situation has consumed more than three hours of my time, and the problem is nowhere close to being solved. Update: I solved it.

49 Comments
The Only Way Around SCOTUS Crisis, Some Say, Is For Obama To Install A Recess Appointment. But It’s Not That Simple

Three things are likely to happen in response to the death of Chief Justice Scalia. (1) President Obama will nominate a replacement , (2) the Republican-controlled Senate, in defiance of the Constitution and the will of the 2012 presidential electorate, will refuse to examine or vote on the nominee, and (3) the Senate will go into recess. Could President Obama then install his nominee during said recess? Only, in the just-posted view of Newsweek‘s Lyle Deniston, “if the Senate is taking a recess lasting longer than three days, and does not come in from time to time during that recess to take some minimal legislative action. Both of those circumstances would be entirely within the Senate’s authority.

“The bottom line is that, if President Obama is to successfully name a new Supreme Court Justice, he will have to run the gauntlet of the Republican-controlled Senate, and prevail there. The only real chance of that [happening is] if he picks a nominee so universally admired that it would be too embarrassing for the Senate not to respond.”

CNN’s Dana Bash: Do you think that…do you think that if Republicans continue down this road, that they say they’re not going to bring up whomever the nominee is for a vote, would you recommend to the president a recess appointment? 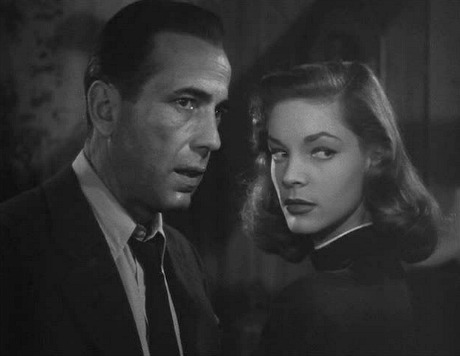 I was riveted by the grand Hamilton number on last night’s Grammy awards. Immediately converted, floored. I’d like to see it when I hit New York in May on my way to Cannes, but I’m hearing tickets are all but impossible to acquire. Hats off and in the air for Lin-Manuel Miranda, author of the book, music and lyrics who also plays Alexander Hamilton. Leslie Odom, Jr. (Aaron Burr), Daveed Diggs, Christopher Jackson, Renée Elise Goldsberry, etc. Twitter went double-triple-quadruple crazy over Kendrick Lamar‘s “To Pimp A Butterfly” jumpin’ jailhouse-in-blacklight performance. I was going “uh-huh, yup, okay, that was striking, yep…fine.” Lady Gagg‘s David Bowie tribute…yeah, sure, pretty good.