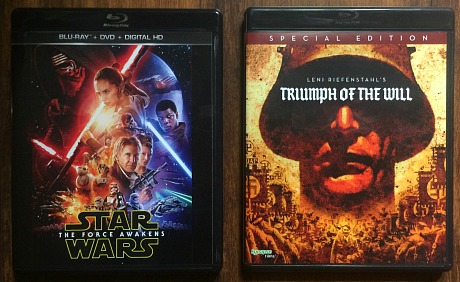 A couple of weeks ago I noted that the almost uniformly positive reactions to Jeff Nichols‘ Midnight Special were due to the fact that (a) critics have decided Nichols is one of the auteurist good guys and a likable one at that, and therefore (b) any semi-coherent film he makes gets at least a pass if not a thumbs-up. The same thing seems to be happening now with Richard Linklater and his latest film, Everybody Wants Some!, which currently has ratings of 97% and 84% on Rotten Tomatoes and Metacritic, respectively. 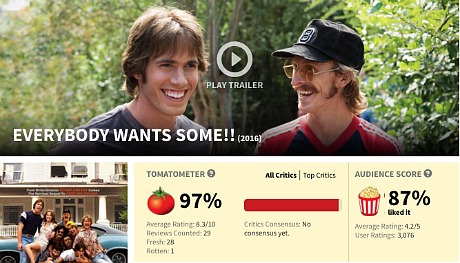 It’s not that critics are being too kind (although I think some of them are) but most are not really levelling with their readers. Which is why people don’t trust them. They know/sense that critics live in their own elite realm, and that they always seem to write about this realm (self-regarding, navel-gazing) rather than the one inhabited by ticket-buyers.

There’s obviously nothing wrong with recognizing and celebrating Linklater’s exceptional vision and extraordinary focus, but at the same time you have to at least mention that Everybody Wants Some! doesn’t tell anything close to a story, and that there are millions of Joe Popcorns out there who go to movies expecting some kind of narrative with a beginning, a middle and an end. It’s fine to say “this is better than the usual-usual, and it’s so special that it doesn’t need to tell a story”…no problem with that. But you have to at least admit that the none-too-hips are going to have a problem with a movie that ignores the playbook and makes up its own whimsical music as it goes along.