On 1.9.16 I wrote that the material in Elvis and Nixon (Bleecker/Amazon, 4.22) seems better suited to a 20-minute short than a feature. Now that I’ve seen it I can repeat that conclusively. There’s not enough here. It’s just a skit, really, about a mumbling, gun-toting, cape-wearing Memphis yokel (Michael Shannon‘s Elvis Presley) who flies to Washington in late 1970 to ask for some face time with President Richard Nixon (Kevin Spacey) and is granted a few Oval Office minutes on the strength of his celebrity. And so Elvis and Dick shoot the shit about how the hippies and the New Left and the Beatles and the counter-culture are dragging the country down. And that’s it — a piece of taffy that’s been stretched and tugged so it’ll run 86 minutes.

The screenplay (written by Joey Sagal, Hanala Sagal and Cary Elwes) is all low-key jokes and jive, and the movie delivers the least convincing White House sets and Los Angeles backdrops in the history of motion pictures. Not for one second do you believe that the film is happening anywhere other than in shitty-ass-substitute Louisiana.

Shannon doesn’t play Presley — he plays himself playing Presley for a paycheck. Yes, he also plays it solemn but he always does that, right? And Spacey…okay, his Nixon is faintly amusing in a Saturday Night Live way but the movie is a wash. Everyone in the cast is trying for low-key laughs (Colin Hanks as Egil “Bud” Krogh, Evan Peters as Dwight Chapin, Tate Donovan as H. R. Haldeman, Johnny Knoxville as another Elvis buddy) that don’t quite land. I felt cheated and I saw it for free.

But you know who’s really good? Alex Pettyfer (whose last big role was in Magic Mike) as Elvis’s real-life pal Jerry Schilling. He’s the only guy in the room who seems to realize that the only way to achieve a measure of dignity is to play it straight. All I know is that his is the only performance that registers.

Lawyer #1: What about you? What sent you to law school?

Lawyer #2: That’s so far back, I don’t think I can remember.

Lawyer #1: Sure you can, counselor.

Lawyer #2: I used to caddy for young attorneys who would play on weekdays. And their wives. I’d look at those long tan legs and just knew I had to be a lawyer. The wives had long tan legs too. (To waiter.) Another martini, please.

Lawyer #1: So we’re not a couple of idealists?

From Karl Whitney‘s 4.20 Guardian review of Lee Siegel‘s “Groucho Marx: The Comedy of Existence“: “I have been a fan of the Marx Brothers since I was a child, in the early 1980s, when television stations used to fill blank spaces in the schedule with Duck Soup or Animal Crackers or A Night at the Opera, and I am as guilty of idealizing their act as anyone.

“But even I can see the plausibility of Siegel’s version of Groucho as not a nice, avuncular figure but rather an asshole telling everyone what he really thinks of them.

“Groucho’s comedy, Siegel insists, is actually radical, nihilistic truth-telling that masks the great comedian’s insecurity; its origins lie in his childhood, with his domineering mother and weak father, and his thwarted intellectual ambitions. A quiet middle child born as Julius Marx to European Jewish emigrants, who lived on the upper east side of Manhattan, Groucho wanted to be a doctor, but instead had to leave school young to join his brothers in show business.

David Spade‘s Charlie, a mousey, married-with-kids bank manager, complains that his life “sucks” and that the joy-and-discovery phase is totally over and that it’s all downhill from here on. HE to Charlie: If you want your life to change try shaving off that awful fucking moustache, for openers. Seriously, when I was young and failing (i.e., before the journalism thing kicked in around ’79) I used to daydream about doing a Jack Nicholson-in-The Passenger and starting all over. What is The Do-Over (Netflix, 7.7) actually about? How white-knuckle terrifying it would be to suddenly swan-dive into a wild-ass life under the guidance of Adam Sandler‘s Max Kesler. In short, it’s a movie that wants to persuade you that your miserable, mousey life isn’t so bad after all.

A24 will be releasing Noah Baumbach and Jake Paltrow‘s DePalma on 6.10.16. The 111-minute doc premiered at last September’s Venice Film Festival and then enjoyed a follow-up appearance at the N.Y. Film Festival in early October. For some reason it didn’t play Sundance three months ago. I’m hoping/expecting to catch a Manhattan screening sometime during the week of 5.2 through 5.5.

“But he’s been over for years. I used to love the guy but then he made Mission to Mars (’00), Femme Fatale (’02), The Black Dahlia (’06), Redacted (’07) and Passion (’12)…forget it. Baumbach and Paltrow surely understand this. They surely made this doc in hopes of restoring DePalma’s rep as well as educating Millenials and reminding the old-time fans what a legendary helmer he was in his day.

7 Comments
How Many Of These Can I Fit In?

Apart from the bittersweet, mixed-emotions debut of the One-Eyed Jacks restoration, Cannes Classics will also present the following next month:

Bertrand Tavernier‘s Voyage a travers le cinema français (2016, 195 mins., France). Likelihood of HE attendance: Zero. Who better to deliver “an act of gratitude” for the blessings of French cinema from the 1930s to the present than Tavernier, who’s been around since forever and knows everything and everyone? But I’m not devoting over three hours to this during an already demanding, time-crunched schedule. How about an early-bird screening in Paris, Bertrand? I’ll be there from 5.6 through 5.10.

Cinema Masterclass on William Friedkin: The director of The French Connection, The Exorcist, Killer Joe, The Boys in the Band, Deal of the Century, Cruising and To Live and Die in L.A. will sit down with Michel Ciment on Wednesday, 5.18. Friedkin will also introduce a “restored surprise” film at the Salle Bunuel as well as Sorcerer (’77) at the Cinema de la Plage. Likelihood of HE attendance: Almost zero. I’ve listened to Friedkin talk about everything under the sun at various venues for a good 25 years now. Due respect but doubtful.

Michele Russo‘s The Family Whistle (2016, 65 mins., Italy) — Fawning doc about the Coppola family — their arrival in the U.S., their links with their native Italy and their relationship to music. With Francis Coppola and Talia Shire in attendance. Likelihood of HE attendance: Low but maybe.

Eryk Rocha‘s Cinema Novo (2016, 90 mins., Brazil) — A political/poetic movie essay on a wave of probing, cutting-edge films that came out of Brazil in the ’60s and ’70s. HE anecdote: I sat down for a dinner with Cinema Novo figurehead Carlos Diegues at the Spring Street Bar & Grill sometime around ’79; Fabiano Canosa was also there. My impression at the time was that Diegues was a dead ringer for Phil Foster. Likelihood of HE attendance: Zero. 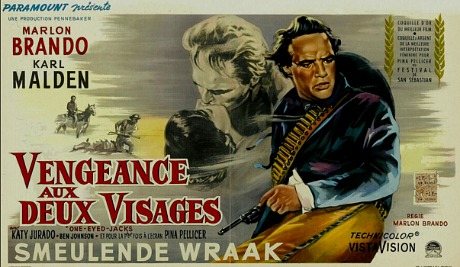